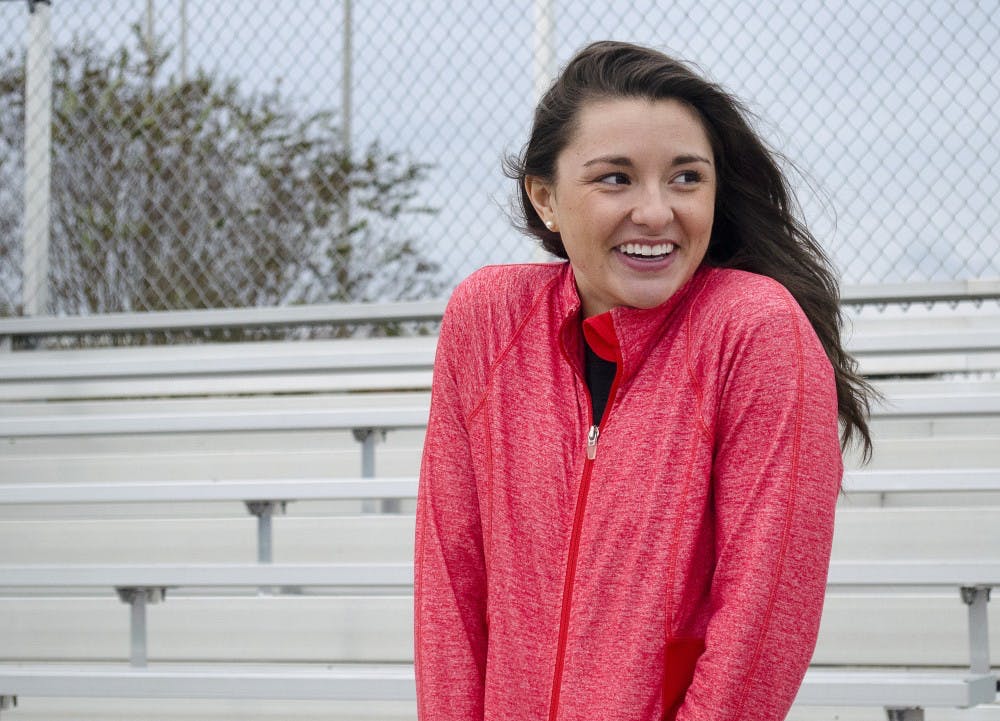 
Hannah Durbin runs her own instagram account where she documents her workout routines and life after recovery.

Famous for posting pictures of her latest workout routine or what she had for breakfast on Instagram under the handle @healthy_happy_hannah, or perhaps talking about her eating disorder recovery on her new YouTube channel, senior Hannah Durbin has a new initiative: Project Heal Elon.

New to campus this year, this organization falls under the larger umbrella of an organization called Project Heal, which promotes positive body image, donates to eating disorder treatment funds, raises awareness of eating disorders and aspires to show that full recovery is possible.

Project Heal varies from chapter to chapter in its operation, since the issues surrounding eating disorders are different at every campus.

At Elon University, says Durbin, the issue is a big one.

“There is normalcy here about restrictive eating and over-exercising that people think is normal because everybody’s doing it,” Durbin said. “It’s not normal, and it can lead to really big issues.”

She says the pressures at Elon are a lot higher than those at other universities and that the culture of busyness only serves to make the problem worse.

“There is pressure to be doing everything and be doing well at everything,” Durbin said. “You always have to be competing with people, and I think that competitiveness is what drives people to the perfectionism and OCD tendencies that lead to eating disorders.”

Durbin’s drive to see Project Heal Elon succeed comes from her own struggles.

“The lowest lows of my disorder were my freshman year when I didn’t even think I was going to be able to finish college,” Durbin said. “The thought of developing this chapter didn’t come into my head until I had reached full recovery, which I didn’t think was even possible. Now, as a senior, every time I talk about it I get chills.”

A friend who had also recovered from an eating disorder started a chapter at a different university and encouraged Durbin to start a chapter at Elon. Durbin says as soon as she heard the idea, she knew she wanted to do it.

“I just needed to bring a presence to Elon,” Durbin said. “There is not anything on this campus that talks about eating disorders, and this community is really, really struggling with eating disorders, but it doesn’t get any attention.”

Though the Elon chapter of Project Heal has had two planning-focused meetings, this organization is not yet officially registered at Elon. Durbin and her four-member executive board are finishing the application process, and Project Heal Elon is set to begin as an official on-campus organization at the beginning of the spring semester.

One of these executives, juniorJillian Jacobson, can’t wait to see the chapter begin at Elon.

“I think it’s amazing to be able to start this powerful organization at Elon because eating disorders are so prevalent on college campuses,” Jacobson said. “Eating disorders have the highest mortality rate of any mental illness and still many people do not understand them.”

Though still a new organization, the volunteers and leadership of Project Heal Elon have already had two full chapter meetings, weekly executive planning meetings, a profit share and an informational table in Moseley.

The organization is doing everything they can to get their name out. Durbin says one of the most challenging aspects is going to be gaining a strong enough following to make their work impactful.

“Going forward, the hardest part is just going to be growing it,” Durbin said. “We want to get the organization and the issue the attention and awareness they deserve.”

Looking further into the future, the goal of the Elon chapter of Project Heal will be to provide a transparent, open and vulnerable setting in which those who are currently recovering from, have recovered from or simply want to receive education about eating disorders can grow and learn together. Jacobson says that Project Heal aims to stop the stigmas that surround eating disorders while raising money for those who can’t afford treatment.

“A couple of years ago I couldn’t imagine being here,” Durbin said. “Now I am, and I’m helping other people get to where they want to be. It’s full circle.”