The Latinx Hispanic community has increased in the past few years, growing from 1.7 percent to 6.1 percent 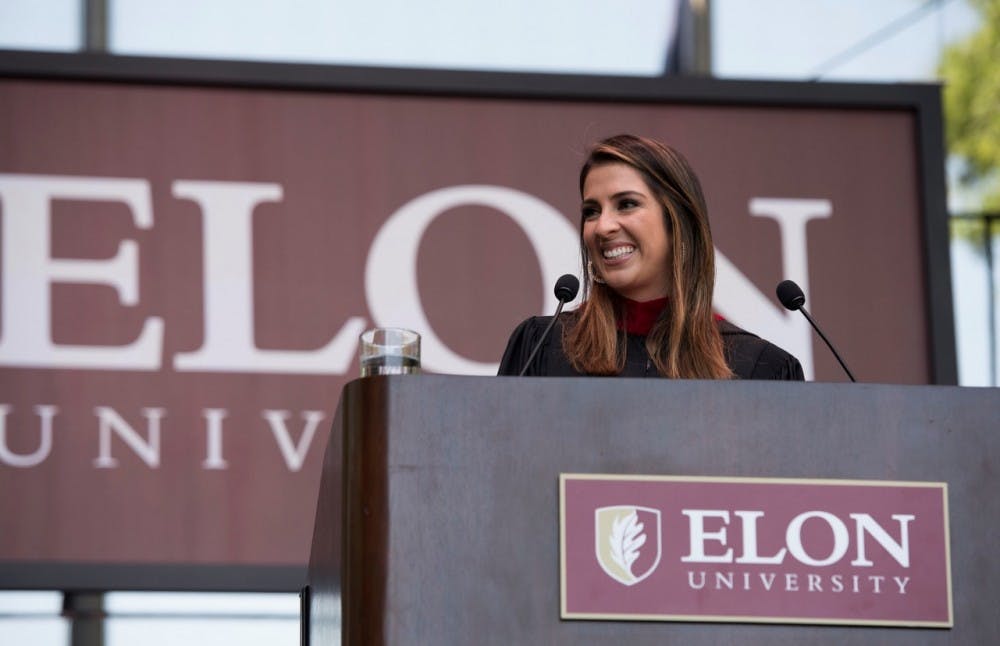 Homecoming Weekend brings hundreds of alumni back to Elon University to visit the campus they once called home. This year, a new alumni group is making their debut: the Elon Latinx Hispanic Alumni Network (ELHAN).

The creation of an alumni network for Latinx- and Hispanic-identified students has been in the works for several years, but considering the growth of the Latinx/Hispanic population at Elon over the last several years, many saw now as the perfect time to create a formal group.

In the 2006-2007 school year, there were only 81 Latinx/Hispanic students on campus, making up just 1.7 percent of the undergraduate population. In the 2016-2017 school year, 10 years later, there were 386 Latinx/Hispanic students on campus — making the community the largest minority group at Elon at 6.1 percent of the population. These numbers have been steadily increasing over the last decade and will continue to grow as the Latinx/Hispanic community becomes more prominent in the United States.

The new alumni network was first announced in April, but was not officially launched until Hispanic Heritage Month in September. This Homecoming Weekend will be the first time the group is brought to campus as an official alumni network.

For Homecoming Weekend, ELHAN has several events planned to engage with the Latinx/Hispanic community at Elon, including an ELHAN party table at the Rock the Block party on Nov. 3 — a brunch for members of ELHAN and any Latinx/Hispanic faculty and staff members on Nov. 4, as well as a Homecoming tailgate later that day.

Claudia Rodriguez, a 2017 graduate who serves as the Homecoming Program and Events Co-chair, shared ELHAN’s many goals. These goals include supporting current students as well as alumni. The network plans to work to support and advocate for current Latinx/Hispanic students, alumni, faculty and staff for an inclusive and welcoming environment where undocumented students and alumni have tangible resources and university support to thrive.

The goals also include generating financial support to fund scholarships and enrichment events. For alumni, ELHAN plans to provide regional and campus events and programs that engage our domestic and international alumni, and guide both current students and alumni in seeking professional development opportunities through on campus programs and alumni networking.

For Rodriguez, and many other members of ELHAN, the ability to connect with and support current Latinx/Hispanic students, faculty and staff is what makes this network truly special.

“This alumni network is full of passionate, intelligent, incredible Latinx/Hispanic alumni who can continue to be involved within the Elon community,” Rodriguez said. “As our network grows, we hope to continue giving back to the Elon community and its students. I hope to continue connecting with current Latinx/Hispanic students at Elon and learn about their experiences as well as offer them any advice or mentorship that I can provide them.”

This group is joining other similar networks, including the Elon Black Alumni Network (EBAN) and the LGBTQIA Alumni Network. But the diversity within the Latinx/Hispanic alumni at Elon makes running and organizing ELHAN more difficult. Sylvia Muñoz, the assistant director for the Center for Race Ethnicity and Diversity Education said that because there is “no one way to define what it means to be Latinx or Hispanic,” being able to recognize and celebrate these differences has made the creation of the group possible.

“I think that this understanding of the diversity of the group is what made us say, ‘Now we’re ready for this,’” Muñoz said. “Because I think now we understand that this group has the same goal in mind, which is the support of every single member of the community, regardless of what background they have.”

Despite the progress that this new group offers, there are differences that do offer a challenge to the group. This group of alumni includes students from a range of different backgrounds, and some from other countries. Muñoz shared that too often, Latinx/Hispanic people are placed into a box, and the community has had to learn how to work within that box.

“Whether we want it or not, they put us in a box together,” Muñoz said. “The moment that we marked that thing of being Latino, Hispanic, whatever it is that you marked, you were put in a box. So, we are just going to work within that box, while still being respectful and understanding that we all have different backgrounds and those backgrounds are what actually make us different than any other groups.”

While the differences between students may be prominent, the goal of bringing the community together and supporting one another keeps ELHAN thriving.

“Being Latinx means so many different things, and all those things are valid for the person that is identifying and how they identify,” Muñoz said. “And at the end of the day, there is something that links us together. And that identity is stronger than all those differences that we have.”