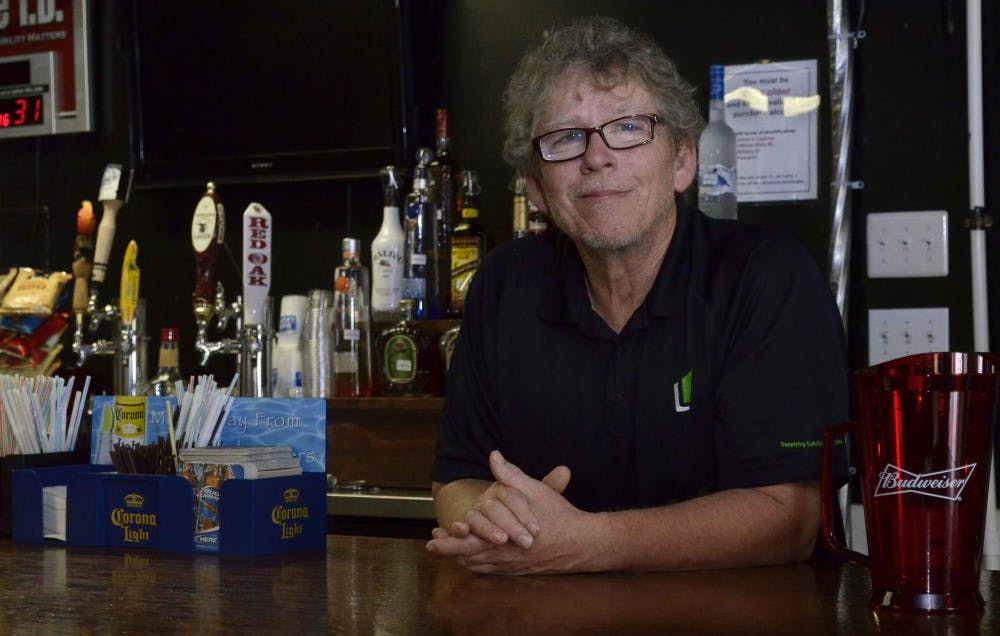 
Paul Jaskulski relocated from Cleveland in summer 2017 following his purchase of the bar. Sept. 6, 2017.

Paulie’s Pub and Grill is putting a new face to a familiar locale.

Tony’s Pub-N-Subs, listed for sale in summer 2016 by owner Tony Caruso, is now open under new ownership as Paulie’s Pub and Grill.

“I sold kind of on a limb,” Caruso said. “They pretty much emailed me a year after I put the ad up and made me an offer I couldn’t refuse.”

Paul Jaskulski, Paulie’s Pub and Grill owner, relocated from Cleveland to Elon following his purchase of the 415 W. Haggard Ave. property seven months ago. During this time, Caruso agreed to stay on for six to eight months to help manage the transition.

“Some people are overwhelmed with the amount of people that will come out,” Caruso said. “I think overall, it’s a fun place to have. But these people are inexperienced. It’s going to be a lot for them.”

Jaskulski previously worked as a heating and air conditioning salesman. While Paulie’s is his first venture into the restaurant industry, he is a veteran to business management, and a bar scene in a small town was just the change of pace he was looking for.

“My background in restaurant is limited, but my background in business is extensive,” Jaskulski said. “Challenges have always been in my scope and this is something I just haven’t done yet.”

Jaskulski sees serious potential in the bar that has served students of Elon University under one name or another — Sandy’s Steaks and Subs until 2013, then Tony’s — for decades.

“That was the draw — the university,” Jaskulski said. “And that’s what gives this business an edge. This one has such great potential because of its history.”

“I’m familiar with people that age, and I relate well with them,” Jaskulski said. “I enjoy that environment, absolutely, but it comes with apprehension. I want to make sure I provide a safe place.”

Caruso was well aware of this responsibility during his era of ownership.

“Sometimes I think it’s a little overbearing,” Caruso said. “But at Elon, something like 85 percent of people have fake IDs. It’s hard, it’s a lot of stress really.”

Paulie’s is expected to face similar challenges, as while the sign will change from one name to another, the unchanged location still calls for close attention to student safety.

The similarities don’t stop there. The atmosphere of Paulie’s is remarkably similar to the bar under Tony’s ownership. Jaskulski’s of the mindset that if it’s not broken, don’t fix it.

“He added several things to the menu, but he’s still doing pretty much the same concept that I was doing,” Caruso said. “The inside hasn’t changed a whole lot.”

Jaskulski confirms there are no plans for major building changes at this time.

“I don’t plan on changing something that works,” Jaskulski said. “In this particular case, it’s a very particular type of vibe. Somewhere that’s not pretentious.”

Expect a night at Paulie’s to be comfortable and casual. Come for the Korean spicy fried cheeseball and the bar’s first signature drink — Tammi’s Sweet Tea — and stay for an afternoon of football and wings or a night of karaoke.

“We’re hoping we can bring our clientele up, bring new items to the menu, meet new people and get more locals in,” said Tammi Perry, bar manager. “Our main thing is to serve the community, help the community and grow it.”