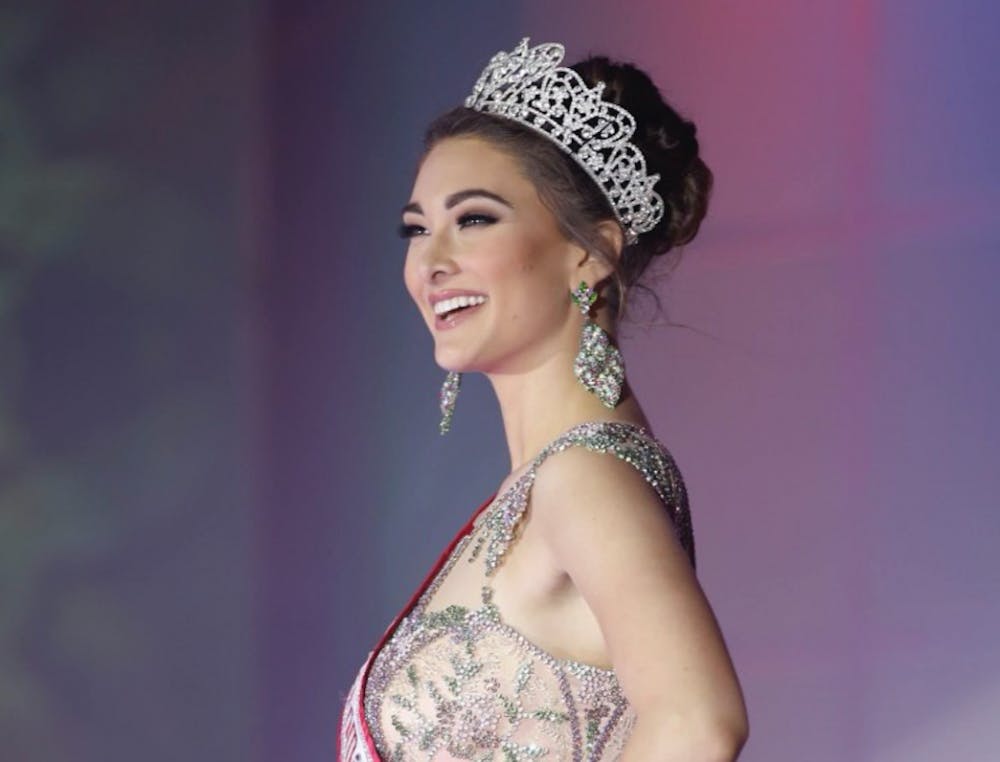 Correction: Michaela Jacobs did not win Miss Teen USA, as previously reported by ENN, but rather the National American Miss pageant. She is the reigning USA National Miss Florida 2017. Elon News Network regrets the error.

Michaela Jacobs is reigning USA National Miss Florida 2017, she is past National American Miss Florida Teen 2015, and as of this year, a member of Elon's class of 2021.

With such big accomplishments in the pageantry world, it may seem like Jacobs is experienced in participating in beauty pageants. However, this is not the case. Jacobs first entered a beauty pageant on a whim at seventeen and proceeded to win on a national level.

Jacobs still describes the event as a surreal moment.

“There is that initial moment where you are like ‘OMG,’ is this me?’” Jacobs said. “Did this really just happen? Just utter elation. And sheer joy. I still can’t believe it.”

At her first pageant, when Jacobs became the National American Miss Florida Teen 2015, her career as a beauty pageant queen started. She traveled across the United States, where she met other important figures in the pageantry world. From there Jacobs added to her growing resume the title of Miss Florida 2017, which she still holds.

Jacobs says the pageantry world changed her life for the better.

“I was so pleasantly surprised,” Jacobs said. “It really has shaped my path, who I am and the choices that I’ve made. I am just so honored to be involved in a community of women who are so driven, so passionate and so committed to their platform topics -- whatever they may be.”

Jacobs acts as an ambassador for beauty pageant queens across the United States, and platform topics is one of the requirements of being a pageant contestant. Platform topics are causes that contestants choose to stand for and represent while competing.Throughout her years competing, Jacobs has represented two causes, one of which being The Crown Cares. The Crown Cares, or otherwise known as Creating A Respectful Environment in School, is specifically designed to promote awareness about bullying in schools in students of every grade. Through social clubs, anti-bullying books, and various craft activities, Jacobs says there is so much more to being a beauty queen than meets the eye; it’s about being a role model.

“I like to say there are ‘trials and triumphs’ and I know that defines my story. I’ve had so many trials in my life leading up to this point,” Jacobs said. “That the triumph that I have to now hold the title of Miss Florida and to encourage young girls who are going through trials of their own, that there’s hope for them.”

Jacobs has faced many trials throughout her life including scoliosis. She was first diagnosed during her freshman year of high school, and was told to not dance during the talent competitions.

“When I was diagnosed I was initially told that I shouldn’t dance, that it wasn’t healthy for me, that it wasn’t recommended,” Jacobs said. “But it was my passion and how could I walk away from that?”

Instead, Jacobs uses her scoliosis as her strength, using it to connect with children who also live with the condition. She is an ambassador of Scoliosis Awareness and uses her position as a beauty pageant queen to gain more awareness for the cause. For Jacobs, the point of being a beauty pageant queen is so she can help encourage little girls all over the country.

“Now I can encourage other girls who are facing issues of their own whether it is with a health issue like scoliosis, a mental issue that they are facing, or whatever it might be, that there is hope for them and that they can overcome it,”  Jacobs said. “They can be the best versions of themselves too.”

“It really just taught me that the only thing holding me back is myself. That my fears can’t stifle my passions,” Jacobs said. “And once I was able to overcome those and then win that national title, the sky was truly the limit.”

For now, Jacobs has decided to take a short break from the pageant world to focus on her education in Musical Theatre at Elon University. Elon currently has one of the most prestigious Musical Theatre Programs in the country with over 800 applicants applying and only 20 accepted. As a member of this elite group, Jacobs says she is happy to be here, but will not forget her pageant roots as it is a part of her now.