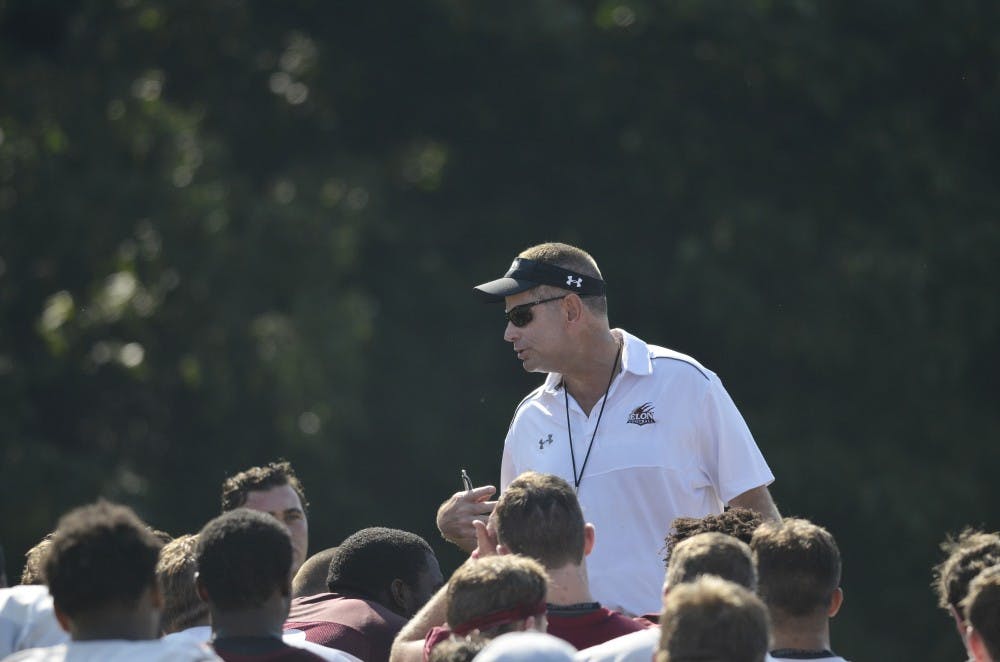 In his second game, the Phoenix football team defeated Furman University 34-31 after a field goal by freshman kicker Owen Johnson with five seconds left. The win puts Elon at .500 after losing to Toledo last week and also halts an 8-game losing streak dating back to last season.

Freshman quarterback Davis Cheek had a game to remember, throwing for 301 yards and three touchdowns. His performance seemingly all but assures the starting quarterback job after a battle with fellow freshman Jalen Greene.

“This is the expectation, that we're successful on Saturday,” Cignetti said. “We're back to work tomorrow. I'm proud of so many guys. Furman had the momentum in this game for a very long period of time. We just hung in there and didn't panic. We ended up prevailing. I thought our kids really did a great job in crunch time of making plays.”

Elon got things going early in the game when Cheek found junior running back Malcolm Summers for a 13-yard touchdown and then later on a 19-yard strike to senior receiver Tre Lennon.

Redshirt freshman Breyland Cyphers lead the team in rushing for the second week in row with 75 yards on 20 carries. Cyphers made his way into the end zone late in the first quarter on a short two-yard run.

The Phoenix saw its 21-0 lead diminish after the Paladins stormed back to take a 24-21 advantage in the third quarter. A field goal by Johnson tied the game back up again but Furman responded with a touchdown to regain the momentum.

Another Cheek to Lennon touchdown connection off a 15-yard pass tied the game back up at 31 with three minutes left. Elon would get the ball back at its own 35 with just over a minute left in the game and marched down field, allowing Johnson to hit the game winner.

“It's just magnificent,” Davis Cheek said. “It's just a wonderful feeling. At the end of the day, we went out and executed and did our job.”

The Phoenix will look to have their first winning record at any point during a season since 2011 when it faces Charleston Southern University for its home opener at Rhodes Stadium. Kickoff is scheduled for Saturday Sept. 16 at 6 p.m.