How one freshman arrived to Elon from Shanghai 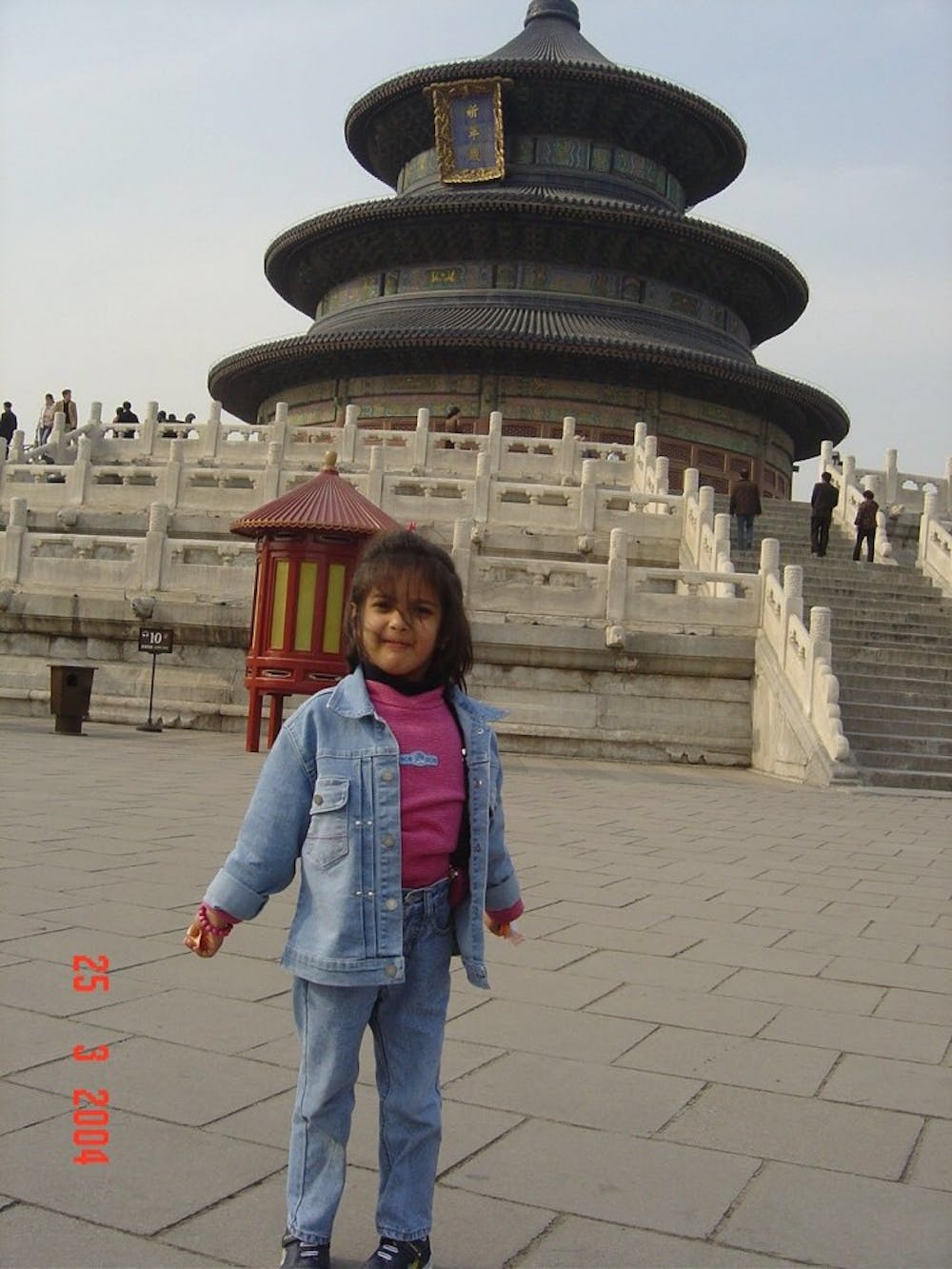 Freshman Nikki Gupta is excited to begin her new chapter and cannot wait to set foot on campus, but as a third culture student from India, her outlook on the next four years is a bit different.

“To me, it means I’m exposed to a variety of cultural influences,” Gupta said.

A third culture person is usually someone raised in a culture other than their parents. Gupta was born in Lucknow, India and when she was eight months old, she and family moved to Shanghai, China where she was raised and currently lives.

Growing up in Shanghai she studied at a local Chinese kindergarten, one year at an American school, and the rest of her education was in British schools. Being non-Chinese at these international schools allowed her to get to know students from around the world and share common experiences.

Coming to Elon as an International student, Gupta believes being a third culture student can help her in her transition.

“I’d be able to get along with people a lot easier, and I am already used to adapting to different environments.”

Gupta’s best friend, whom she met while studying at Wellington College International Shanghai four years ago, first told her about Elon.

“I told her I was looking for a small university close to people I was familiar with to avoid the feeling of exclusion in an unfamiliar environment,” Gupta said.

Once choosing to study in the United States, the current political climate became a concern for Gupta though she says she hopes to remain optimistic.

“It’s comforting to see how many people oppose [Trump’s] views,” Gupta said. “Especially the recent activities taking place in North Carolina with the removal of the Confederate statues.”

Gupta knew that people would have various opinions on topics such as politics wherever she went to school. She believes her international background and experiences have helped her understand others’ views and backgrounds.

“I’m an open-minded person and very tolerant,” Gupta said. “So, if anyone has a different opinion, I’ll be sure to listen to what they have to say.”

When narrowing down her choices, it ultimately came down to Elon without having visited it.

“I finally chose Elon because of the class size and the courses they offer,” Gupta said. “The last 3 years of senior school, I moved to a new school in Shanghai where the biggest class was 13 students and the other classes would average to 3 or 4 people.”

Once accepted, she stayed in touch with the admissions department through Hebe Fuller, director of International Admissions.

“[Fuller] was kind enough to link me up with another Elon student to talk about campus life,” Gupta said. “I had her on Wechat so it was super easy to contact her.”

The first time Gupta set foot on Elon’s campus was last week. She describes the campus as gorgeous and peaceful.

“Before visiting campus my best friend visited and raved about how beautiful the campus was,” Gupta said.

All she had known about Elon was what she saw online and what her best friend had told her.

“It really does look like my high school in Shanghai which is comforting,” Gupta said.

Though Gupta is currently undecided about her major, she is interested in musical theatre and hopes to explore more options once classes begin.

Eager to start her chapter at Elon, Gupta says she will miss her family and the food from home the most. The transition from living in Shanghai to living in Elon will also be tough for her.

While she spends her last moments with her family before saying goodbye to them for a while, Gupta knows that homesickness will come sooner or later.

“I lived in Shanghai which is a huge city,” Gupta said. “It will take time but I will definitely be okay.”

Gupta moved to campus earlier in the week for International student orientation. She says what she is looking forward to the most is meeting her roommate, making new friends and exploring more of campus.