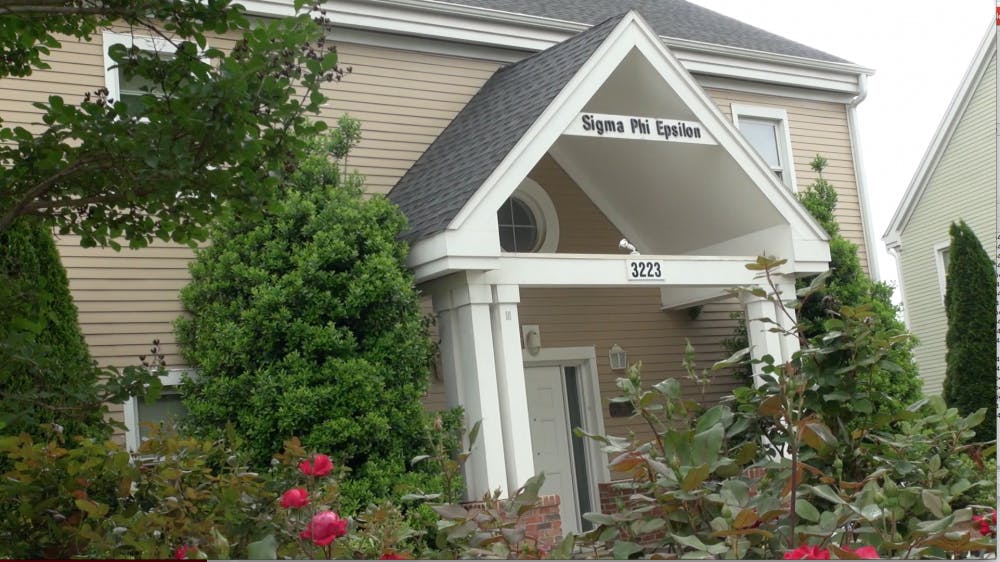 Elon University junior Owen Gaffney, former president of the NC Mu Chapter of Sigma Phi Epsilon, used a racial slur toward a black Elon senior, according to multiple sources close to the situation.

According to junior William Ellick, current president of Sigma Phi Epsilon, Gaffney and senior Austin Meekins, who is black, had a disagreement at an off-campus fraternity party over academic standards with Gaffney, who is white. While Meekins was outside the party, which took place on April 14, Gaffney indirectly called Meekins the N-word after he had left Gaffney's vicinity. Meekins was a member of Sigma Phi Epsilon from spring 2014 to fall 2016, when he was expelled for academic reasons.

The fraternity held an emergency chapter meeting about the incident. Since the meeting, junior Jordon McRae, who is black, left the organization and Gaffney stepped down from his presidency, both on April 24.

"Three weeks ago, I made a mistake that deeply hurt members of the Elon community and those close to me," Gaffney said in a statement. "Afterward, the only thing I knew to do was to own up to my mistake. Shortly after the event, I personally contacted Austin and apologized to him. I have since resigned as chapter president. I am sorry for hurting my fellow students and my SigEp brothers, and I am committed to better representing my university and my fraternity — which both value a diverse and inclusive campus. To those whom I have offended with my words and actions,  I deeply apologize and ask for your forgiveness."

In a statement, Ellick said that "in a moment of anger, Owen chose the most hurtful word he could find, and he unfortunately succeeded in causing deep pain." Ellick said that he and the the organization believed Gaffney was remorseful. He also said this incident is not representative of Sigma Phi Epsilon as a whole.

"This incident does not represent who we are as a student organization and member of the Elon community. We're committed to earning back the trust of our peers, faculty and staff," Ellick said in the statement.

Muñoz added that she doesn't just want students to stop using racial slurs, she wants them to understand why using those words is wrong.

Elon's Black Student Union issued a response to the issue in a letter to ENN, saying that the incident threatened the very existence and agency of their community, emphasizing an "unyielding commitment to unity and a perpetuation of resilience." In the letter, which they called a "statement of solidarity,"  the BSU encouraged students who feel unsafe to speak out.

Dan Faill, director of Fraternity and Sorority Life, said in an email statement that according to his knowledge, "the matter has been referred through the appropriate University channels." Faill said that the incident would fall under the purview of the Office of Student Conduct.

While the Office of Student Conduct couldn't comment on any specific case, Whitney Gregory, assistant dean of students, said, "The university takes all reports of bias-related conduct seriously and will investigate any reports of potential bias."

Correction: The original version of this article stated that Gaffney directly called Meekins the N-word while blocking him from the off-campus fraternity party. A statement from Sigma Phi Epsilon president William Ellick clarified that Meekins was not barred from the party, and the two had a disagreement over academic standards before Gaffney called Meekins the N-word. ENN regrets the error.