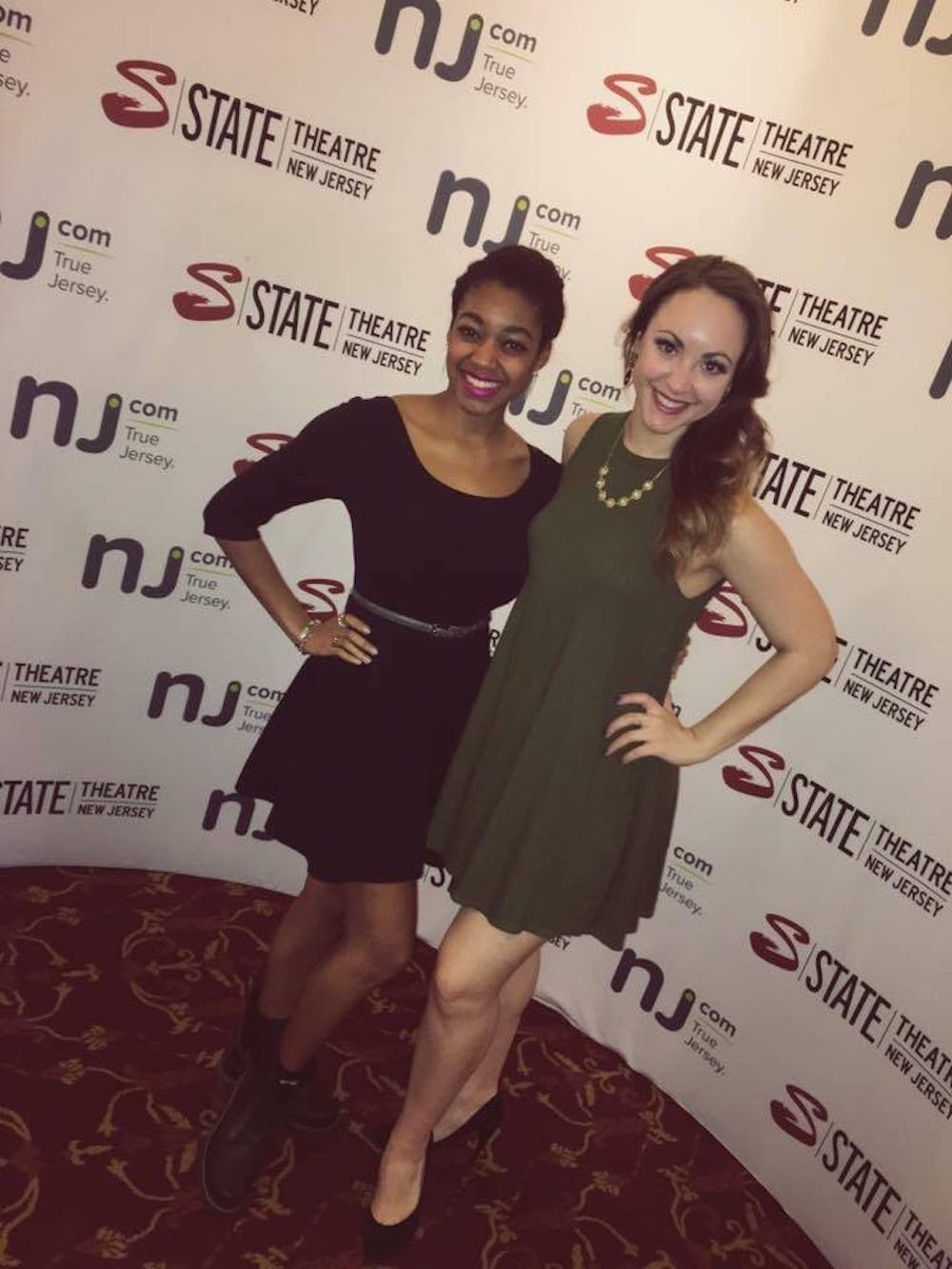 Mara Lucas ’15 and Savannah Sprinkle ’15 are sharing the stage again on National Tour of “Pippin.” Photo submitted by Mara Lucas.

The “Pippin” opening number is a huge reveal — circus artists, illusionists and dancers twirl on stage in an organized chaos of feathers, hoops and lights.

“I just don’t think there’s anything else like it,” said Elon University alumna Savannah Sprinkle ’15, who plays the role of Catherine in the 2017 National Tour of “Pippin.” “Everyone is just blown away.”

Sprinkle and her former classmate Mara Lucas ’15 performed alongside each other in McCrary Theatre in “Crazy for You” and “Ragtime” while in the same musical theatre class at Elon. Now, the two alumna are spreading the magic to stages across the United States in the 2017 Pippin National Tour.

Sprinkle received a callback for Catherine, Pippin’s love interest, but after no further contact, assumed she hadn’t gotten the role. Three months later, the producer called Sprinkle to a meeting. At the time, Sprinkle was playing Mary Poppins in her hometown of Atlanta.

“I had a crazy day,” Sprinkle said. “I left at 6 a.m., got to New York at 8 a.m., did my audition and then right after that I left and flew back to Atlanta. I did Mary Poppins that night.”

Sprinkle’s wish for the role was granted, but the excitement had only just begun.

In February, while Sprinkle was on tour, Lucas began subletting her apartment in New York.

It was a Friday when Lucas received an email from Prather Entertainment Group looking for an immediate replacement for an injured Pippin dancer. By the following Monday, she had been offered the job.

“I had a week to pack up my stuff in New York, and I joined the tour that Sunday,” said Lucas, ensemble member and understudy to the Leading Player. “I learned the show in a week and a half, and I’ve been doing it since.”

Sprinkle had no idea the company was going to ask Lucas to submit.

“It’s so nice to have someone there who you went to school with and you shared a lot of growing up experiences together,” Sprinkle said. “It’s like you’re connected to the past but also you’re doing something that will forever bond you to the future.”

For Lucas, Sprinkle made her national stage debut a little less daunting.

“Joining a tour in the middle is sort of like switching high schools in the middle of the year,” Lucas said. “Everybody already knows each other and you’re the new kid. It was just nice to know there would be someone I was comfortable with.”

Still, a national tour conjures up other struggles. Almost two years post-graduation, the alumna have had to adapt to fewer resources and more difficult roles.

“It’s hard when you’re in a collegiate program because you have to cast entire shows with very young people,” Sprinkle said. “I ended up playing a lot of older roles when I was at Elon [University], which was incredible, but sort of confusing when I left school. I was trying to figure out, ‘What can I play now?’”

The quirky and endearing Catherine has challenged Sprinkle to tiptoe a fine line between comedy and drama.

“That was one of the things that I had the biggest trouble with,” Sprinkle said. “Finding the really funny bits and moments, but making them truthful and sincere so that she reads to the audience as a very relatable character.”

Linda Sabo, associate professor in the Performing Arts department, is familiar with the genuineness that sparkles from Sprinkle on stage.

“She does the work not because she has stars in her eyes, but because she loves it and would do it no matter what,” Sabo said. “She is truly a performing artist.”

Lucas and Sprinkle encourage current students to take advantage of resources. Notes from professors and copies of sheet music might not seem critical now, but they will become luxuries once off campus.

“Really think about your time while you’re in school, and use that time to take advantage of all you’re given, so that you can go into the real world with confidence,” Sprinkle said.

And above all, to always get back up.

Regardless of what obstacles may stand in the way of their next adventures, both women are testaments that with dedication and determination, dreams come true.

“I always had an aunt who would say things like, ‘Are you sure you don’t want to get a minor in business?’” Sprinkle said. “Then she came to see the show and she goes, ‘I understand now. I get it. And I think it was worth every bit of it.’”