Emu found dead in Elon: Still no information regarding origin 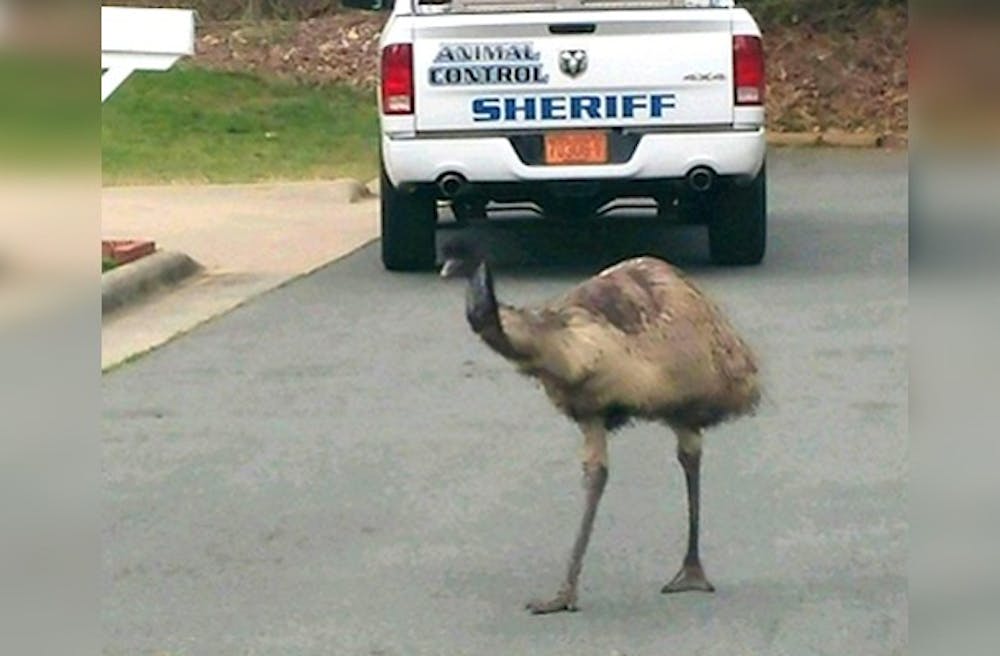 According to the Alamance County Sheriff's Department, an emu spotted on Monday, April 3 by the Town of Elon Police Department was found dead last night around 5 p.m. by University Drive in Elon.

On Tuesday, the emu was still loose and attempts were being made to locate and capture the bird, according to the Gibsonville Police Department. The situation was then turned over to the Alamance County Sheriff's Department and Alamance County Animal Control.

There are no nearby farms close to the site where the emu was spotted and there is still no information regarding where it might have come from. According to Randy Jones, Public Information Office for the Alamance County Sheriff's Department, the emu has been in the wild for "at least several weeks."

Any information regarding where the bird may have come from should be reported to the Alamance County Sheriff's Office at (336) 570-6300.

Elon News Network will continue to update this story.