Organization looks at how to best analyze attendance numbers 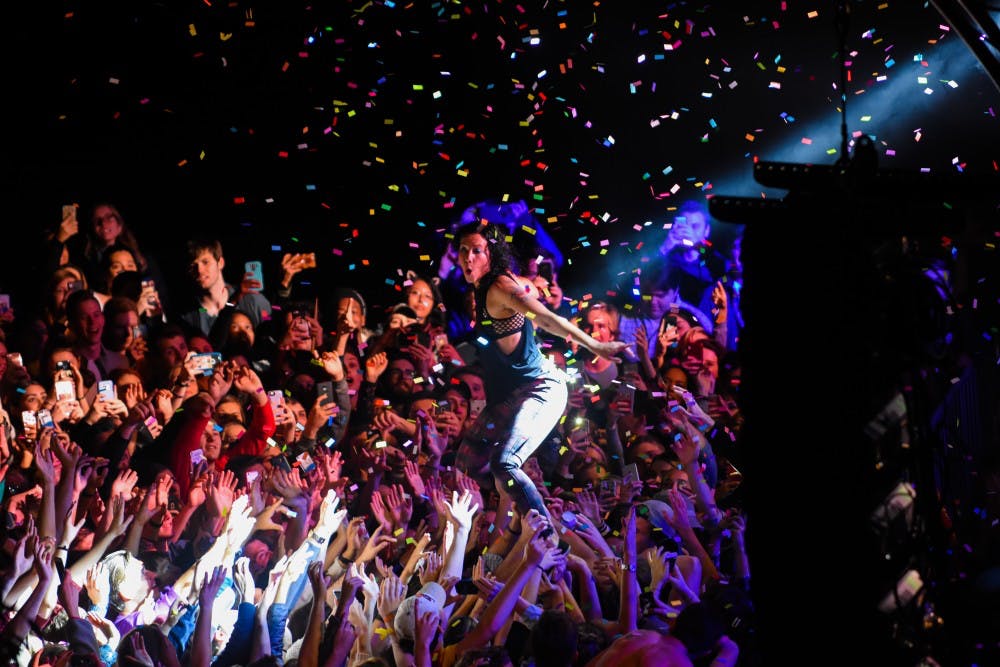 Elon University’s Student Union Board (SUB) is the highest-funded organization on campus. It received more than $135,000 from SGA for the 2016-2017 academic year, or $23 per undergraduate student.

The organization regularly tracks the number of people who attend its events so it can better understand the effectiveness of its programming. Though attendance is just one way to measure student engagement, it is an important factor for evaluating success.

Because of recent hiccups with Phoenix Card tap technology, SUB is struggling to analyze student participation. Once its members has numbers and general estimates, they are unsure how to best analyze it.

SUB’s president, Taylor Stuck, adviser, Jenny Ciesiulka, and performance chair, Colton Cadarette said they are concerned attendance numbers do not accurately reflect students’ interest and participation levels. The organization is also wary of sharing information it has not personally reviewed.

“Our dataset is not complete or representative of our event attendance or experience,” Cadarette said.

“There is not much of a review process once organizations are past their early stages, and many could use some follow-up evaluations to help get them back on track,” Porro said.

Attendance numbers only provide part of the story, but that part is key to understanding the effectiveness of student programming.

“We do not purely base the success of our events off of attendance numbers,” Cadarette said. “While this is a major factor in our evaluations, we also consider the experience we are providing for those attending.”

SUB said there are ways it has shown a strong commitment to engage with students even if it is getting unreliable attendance information.

“We constantly reflect, evaluate, and seek to understand the breadth of impact we have on this campus and hold that responsibility close in each and every thing we do,” Cadarette said.

The organization released a fall concert survey on to the student body March 1. At last Thursday’s Midnight Meals, SUB unveiled a list of 60 top artists based on the 1,261 student responses it received.

Pop and hip-hop/rap were the two most desired genres of music, and respondents overwhelmingly wanted the concert to be held outdoors.

Those who did attend this SUB event were able to give feedback, speak with some of the organization’s representatives and listen to live music. Freshman Tajgi Fields was pleased with the experience.

“I love watching my boys perform, and it’s just an overall good atmosphere,” Fields said. “I love it.”

Though this one event does not reflect overall SUB attendance, it does show there is a student interest. The extent to that interest largely remains uncertain.

SUB denied Elon News Network’s request for its attendance numbers, reiterating concerns it would not be indicative of overall student experience. SUB does have general estimates of its movie nights and events at Taphouse.

SUB recently began using Phoenix Card tap technology at its events and is still navigating through technical difficulties with that technology.

Earlier this year, SUB did provide general attendance estimates for its Turner Theatre movie nights. Results showed there was high interest among the student body.

SGA Executive Treasurer Eason Warren oversees funding of on-campus organizations, including SUB. Though SGA bylaws do not require SUB to disclose attendance information, Warren said it is “insanely critical” for organizations to get feedback and suggested SUB release its numbers. He acknowledged, though, that he understands them not giving the exact numbers.

“I think that having the general number or the general idea of how many students are attending is something that’s really necessary for the transparency of the news networks, for SUB to see how they’re growing as an organization and for SGA to see if the money that we’re providing them is being used properly,” Warren said.

SUB serves an important function to the student body and has been largely successful in using its funds, according to Porro.

Porro said SUB is a valuable organization deserving of the funding it receives because it has provided students with a range of options and is consistently searching for new events to add.

“SUB has never once been an organization that has come up in these conversations about needing an additional review because they have been so consistent with the programs that they offer,” Porro said. “SUB is one of the best-run organizations that uses their funding incredibly efficiently.”

SUB’s budget will increase by about 1 percent next year, and evaluating student engagement will be an increasingly important responsibility.