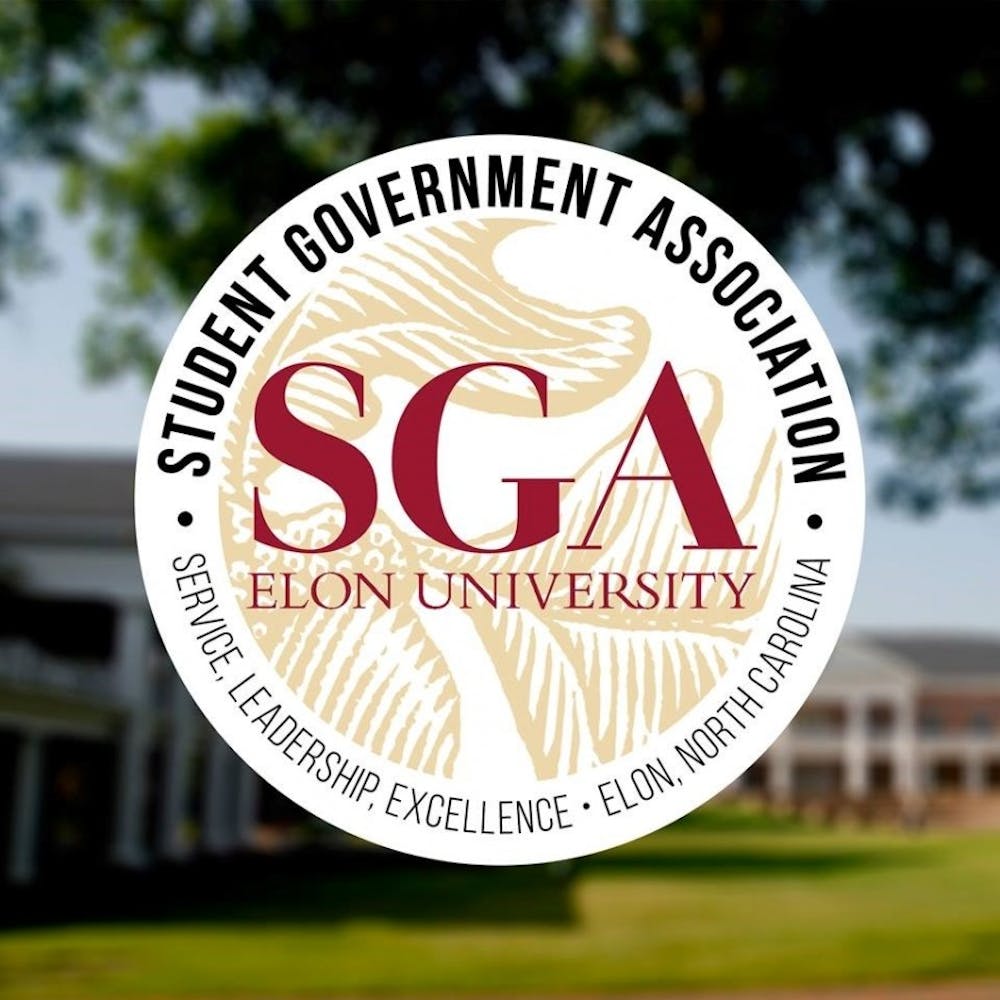 "Elon University Student Government Association will recommend the consideration of multiple-occupancy gender-neutral bathrooms in all future renovations and new construction on Elon's campus," reads a portion of the bill.

Members of SGA received two days notice before the bill was introduced. Some argued they didn't have enough time to speak with their constituents.

"We may have had, at most, 48 hours to really go over the bill with our constituents, which is standard for a lot of bills that we pass," said sophomore Warren Barrett. "But considering that this was very constituent-based, we thought that a little more time could be helpful."

Junior Victoria Phillips was one of two senators who wrote the bill. Though some SGA members may have had a limited amount of time to meet with their constituents, Phillips said the bill was thoughtfully drafted with student input.

"It has been brought through students, faculty, attorneys and members of this community," Phillips said. "We have been able to see the overall impact that it would have."

The university itself ultimately has the final call in how it goes about construction, so SGA's bill was more of a recommendation than a direct action.

"It's always nice to stand in solidarity with a community that's being harmed, but it's a lot bigger to take action," Swirsky said. "This is a recommendation for much further in the future. There are a hundred things I could name off the top of my head that this university could do to take action."

Still, Swirsky added that SGA's recommendation carries value because the organization is a reflection of the feelings of the student body.

SGA Executive President Kyle Porro said he initially thought the bill had been a little rushed, but he supported it and called it "a great step forward." Though SGA cannot take direct action in future construction projects, he said the bill was an important step in building conversations with university administrators.

"SGA is the voice of the students, and ultimately, we are making recommendations for the senior administration to act upon," Porro said. "This helps them have a better grasp of what students are actually looking for."

Members of SGA hope to reach out to university officials in the near future and see what steps could be taken to improve restroom accommodations.