Fostering community in the Community Garden 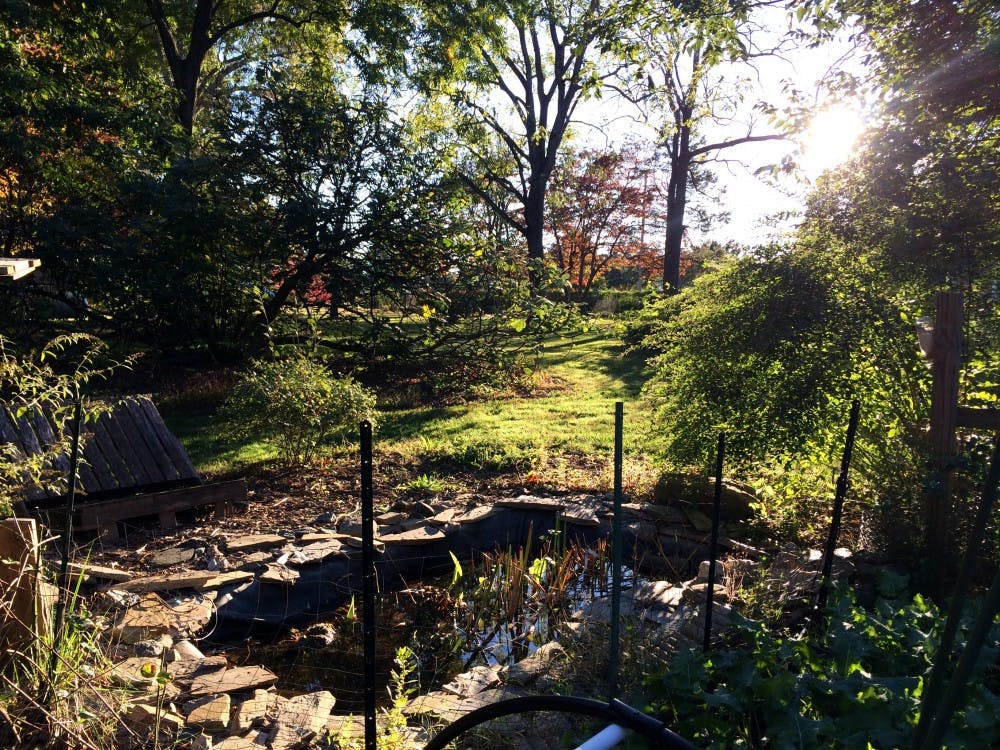 
Members of the Garden Club as well as volunteers spend time working the plots of the Community Garden, located next to the Truitt Center.

For students searching for an alternative to typical extra-curriculars, the Elon University Community Garden is a place on campus where students can learn about gardening and growing their own vegetables, fruits and plants to take home. The garden, located at 410 E. College Ave., next to the Truitt Center and Powell House, has been a staple of Elon life since 2006.

Michael Strickland, lecturer in English and environmental studies, has offered “The Green Studio course” since 2010, in addition to helping run and maintain the community garden.

“Once the class was going for several years, we began to discuss a club, which would be able to contribute, help nurture and support the garden during the summers when the class is not going on,” Strickland said. “We hold two big festivals here every year, and that was almost too much for the class to do. So we were hoping that the club, once it got up and running, would be able to take it under its own wing.”

The club was started as a provisional organization last year, making 2016 the first complete year of organizational status for the Garden Club.

Every Friday afternoon from noon to 3:30 p.m., volunteers, regardless of whether they are club members, can come to the Garden and work, as well as take home some herbs or vegetables. It is, Strickland said, very relaxed, and students can come and go as they please.

“[The garden] is a place that you can come and forget about all the stresses and other weird stuff that’s going on with school,” said senior Alex Miller, president of the Garden Club. “I think it would help people’s stress levels immensely. It definitely helps with mine — it gets you even more focused and ready to work after you come here and mellow out for a bit.”

The Garden Club hopes to attract freshmen and sophomore students so that they can get involved right away and teach incoming club members everything they know about growing a garden.

The garden also has its own composting system, which allows students to not only grow their own plants, but also work with going green, which includes learning about composting.

Club members and students that are part of the class have dinners together and cook with what they have grown in the garden. Some of the food is also donated to churches or to the Elon community kitchen.

The Garden Club and the “Green Studio” class are associated and coordinated. Students that are part of the club work with students in the class, and the two groups learn from one another.

“The goal is to teach students about backyard scale production of food — how to be a gardener for life — because it is an ongoing thing that you learn about constantly,” Strickland said. “Learn enough now and learn how to learn more.”