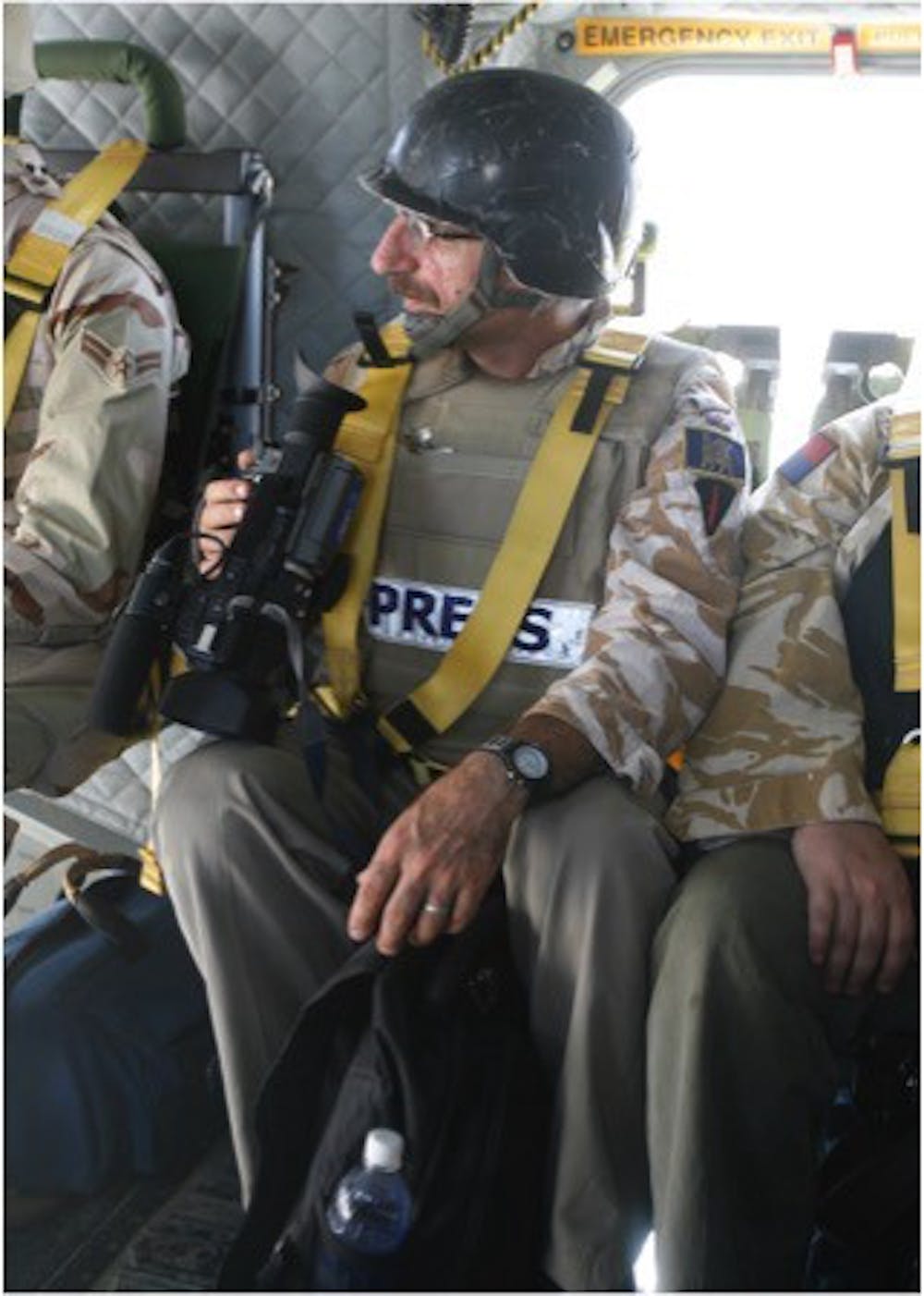 Driving along highway I-40 through Chapel Hill one summer evening, Ahmed Abdullah Al Fadaam heard a sudden loud bang. Mind racing, he stopped the car, pulled over and began frantically searching the area looking for where the noise came from. Fadaam scanned his surroundings. He took a breath, realizing where he was. This was not Iraq.

The sound was fireworks.

Born and raised in Baghdad, Iraq, Fadaam never thought he would become so accustomed to the sounds of car bombs, rifle shots and explosions. Throughout Fadaam’s childhood, Iraq was a place of culture and community. Once an accomplished artist, teacher and writer with great pride for his country, Fadaam could have never anticipated the way life would change after the United States invaded Iraq in March 2003.

The sectarian Iraq war wreaked havoc on the country for the next eight years. Forced to flee for safety, Fadaam is now a U.S. resident living in North Carolina with his wife and daughter, teaching at Elon University. Looking back at the atrocities he experienced, Fadaam wonders aloud how his ethics were challenged, how his faith was tested and how he made it out alive.

“You are in your car on your way to work or school, and the car next to you is a car bomb,” Fadaam said. “You are in your bedroom, in your house, feeling safe, and the next moment a mortar shell falls down.”

Though he has lived in the United States for years with a clear memory, he knows the effects of harder times are still prevalent. Fadaam explained that he is “past the point of PTSD” saying that exposure to such violence each day forced his mind to adjust in a different way.

In U.S. media and culture, there is a high emphasis placed on the effects of violence on soldiers, even though the atrocities Fadaam experienced still exist in places of unrest in the Middle East.

“People become like numbers,” Fadaam said about the high death tolls he witnessed. He remembers vivid experiences of dead bodies scattered in the streets. He remembers how his ethics were tested when he would debate whether to help.

From many Iraqis’ perspectives, the lives of civilians seem unimportant to the rest of the world.

The Center for Civilians in Conflict (CIVIC) is a nonprofit aid organization based in Washington, D.C. with a goal to alleviate some of the fallout of war for men, women and children in war-torn countries.

CIVIC takes an advocacy and protection approach to many conflict zones, attempting to document civilian loss and encouraging policy leaders in each country to protect civilian lives. The organization deploys seasoned volunteers to work with community members on rebuilding, a task easier said than done. They said though they face challenges, they love offering support.

But as Fadaam points out, most countries care for their own kind. He acknowledges the resources available to American soldiers suffering from PTSD.

Waleed Ibrahim Mahmoud serves as the Baghdad Bureau Chief for Al-Jazeera. He is also a friend and former colleague of Fadaam. Though he left Iraq to live outside of the country for safety as a journalist, like Fadaam, he remembers the war in great detail.

“Every day I used to leave my house and,  believe me, I never thought I would come back and see my family,” he said.

In 2003, Mahmoud was working in Iraq and living with his wife and family. He too felt a sense of pride for his home country and culture, despite the apparent corruption.

Looking back, Mahmoud remembers a peaceful and cohesive Iraq. Unaware of his peers’ religious affiliations, he said the country was not so divided between the Sunnis and Shiites. After the U.S. invasion, all he felt was confusion.

“The Americans damaged the Iraqi texture by making it sectarian in nature,” Mahmoud said. “They divided Iraq. It was a grave and vital mistake.”

Mahmoud remains angry and unsettled by the role of the Americans in the war, but says he cannot go back.

After 13 years with high profile news organizations Reuters and Al-Jazeera, Mahmoud is saddened by the loss of many colleagues.

After witnessing too much death and experiencing violence and threats himself, Mahmoud decided to leave his country. Like Fadaam, he feels lucky to have made it out alive but continues to be haunted by the pictures left in his mind. Many times, he is overwhelmed by emotion when remembering the trauma of the war.

Thirteen years later, Iraq remains unstable. Persistent armed conflict continues to take civilian lives and jeopardize the safety of citizens. In 2014, the Iraqi insurgency escalated into a civil war with the conquest of Fallujah and Mosul by ISIS (known as Daesh in Arabic). Today, the U.S. military is  locked in combat in an  effort to reclaim Mosul and push ISIS  forces back.