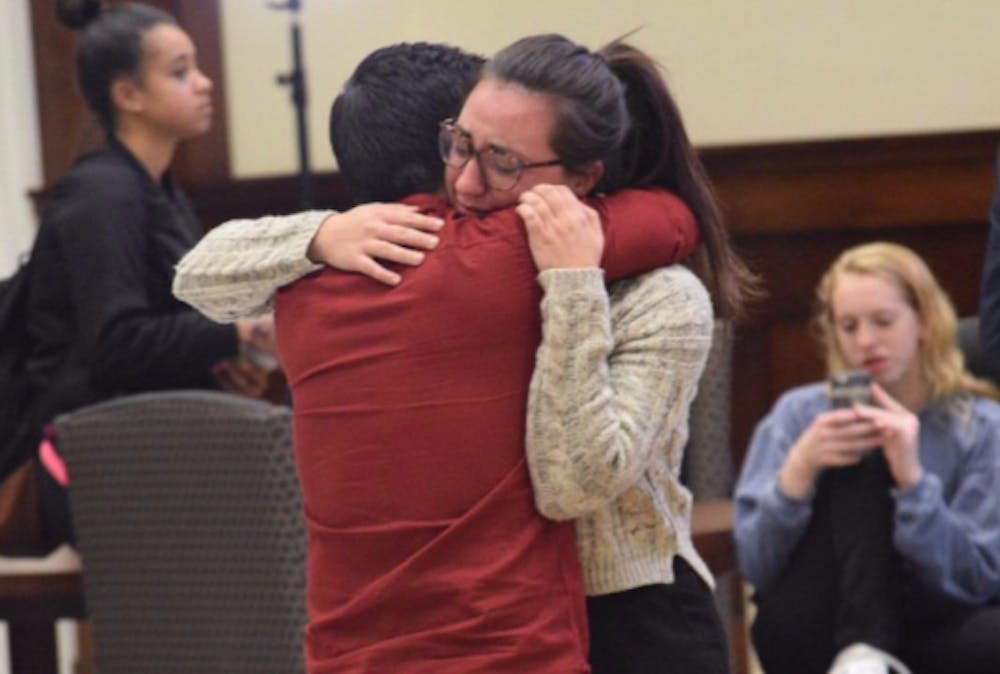 He wasn’t expected to run for president, win the primaries or even secure his party’s nomination. Today, Republican Donald Trump finds himself elected as the 45th President of the United States.

"I pledge to every citizen of our land that I will be president for all Americans, and this is so important to me," Trump said in his acceptance speech. "For those who have chosen not to support me in the past, of which there were a few people, I'm reaching out to you for your guidance and your help so that we can work together and unify our great country."

Trump's win comes on the heels of a hard-fought campaign that has left the nation deeply divided along partisan lines.

Jason Husser, assistant professor of political science and policy studies at Elon University and director of the Elon Poll, said it will be difficult for many voters and politicians to move on from a bitter election cycle.

“There’s going to be a great deal of acrimony and bad feelings in North Carolina, as well as the country as a whole,” Husser said. “We will see a bitterly divided Congress fighting with the president one way or another going forward in January.”

The atmosphere on Elon's campus Wednesday was that of a funeral. Clinton's loss stunned students and left them wondering what their future holds.

For senior Sam Hird, president of Elon College Democrats, the results came as a major disappointment.

"It broke my heart to watch the results last night," he said.

The outcome was devastating to Hird because he felt Clinton had a policy-oriented approach and expressed policies she would implement if elected.

Senior and longtime Republican Casey Santarpia is glad Republicans retained their majorities in the U.S. House and Senate for the next two years. She hopes Republican control in Congress will unify the party and allow Trump to be a more effective president.

"Republicans have no one to blame right now, no fingers to point," Santarpia said. "They are front and center, and this is their time to either shine and get it together and unify or to implode."

Trump frequently spoke about issues of immigration, trade and healthcare while he was on the campaign trail. In his election night victory speech, though, he took a more humble approach by praising his opponent and thanking his supporters.

"I’ve just received a call from Secretary Clinton," Trump said. "She congratulated us — it’s about us — on our victory, and I congratulated her and her family on a very, very hard-fought campaign. I mean, she fought very hard."

Clinton delivered her concession speech late Wednesday morning and grew emotional when reflecting on the outcome.

"This loss hurts, but please never stop believing that fighting for what’s right is worth it," Clinton said.

She instructed people upset with the outcome to remain optimistic about a Trump presidency.

"Donald Trump is going to be our president," she said. "We owe him an open mind and the chance to lead. Our constitutional democracy enshrines the peaceful transfer of power."

Though Hird has several reservations and is frustrated with his victory, he wishes Trump to be successful at his job.

“I hope he does well," Hird said, referencing Trump's pledge to unify the nation. "I hope that my concerns go unfounded. I would love for him to do wonderfully. I just don't think it's practical. The odds of that have are shockingly slim based on what we know."

The balance of the Supreme Court was at the forefront of discussion throughout the general election. With the Supreme Court evenly divided, Trump finds himself in a position to nominate conservative justices and help set the Court’s direction for the next several years.

Regardless of what is in store under a Trump presidency, Husser said Trump has magnified voters’ frustrations with the political process.

“If Trump ends up winning, the big story from that is populist anger," Husser said. "Trump is, in some ways, their voice of dissatisfaction with the government as a whole, as well as the economic system."