Inward conflict among Republicans and Democrats cause party realignment 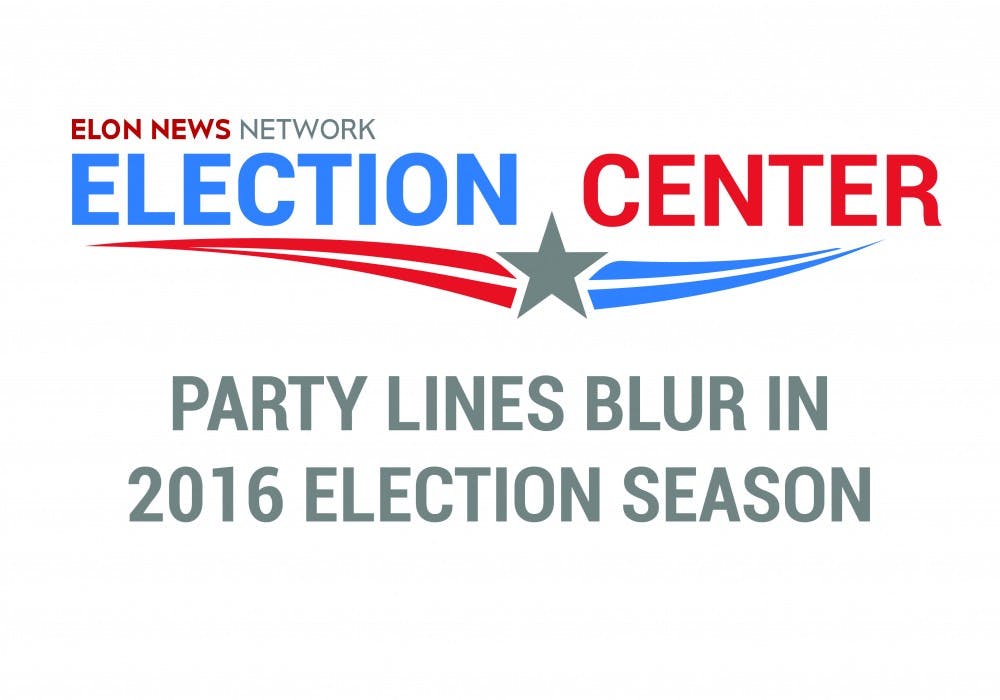 This piece appeared in the Nov. 2 Election Special Edition. View more from that edition.

Jason Husser, assistant professor of political science and policy studies and director of the Elon University Poll, has labeled this the “volcanic eruption of politics,” political party realignment occurs when large coalitions of voters switch from one party to another, along with certain groups being mobilized to vote, increasing or changing the electorate.

Historically, realignments have taken place since the founding of the country, but it is hard to predict when these shifts will occur. The most recent period of apparent realignment was documented in 1980 when the South switched from a strong Democratic base to a traditional Republican safe haven.

Husser said the current murkiness among the GOP — especially in the 2016 election — is unprecedented.

“We don’t necessarily have clear realignments, but we see a great deal of fracturing going on, particularly in Republican Party,” Husser said.

Sophomore Katie Mars, a registered Republican, says this is her first election in which she could vote, and it has proven difficult to decide for whom to vote. She is questioning the importance of her vote if she voted for an independent candidate, saying she does not support either of the major party candidates.

“I don’t agree with Trump, and I really don’t agree with Hillary,” Mars said. “So am I going to vote for [Libertarian] candidate Gary Johnson because he is the one that most represents my views and my values?”

The election has challenged many voters’ traditional party ideologies. There are those who still identify with the party, but do not fully support their candidate.

“You say what you identify as and people automatically assume so many things about you,” Mars said.

She said that she feels conflicted on finding a candidate that supports her conservative values.
Junior Morgan Bodenarain, a Democrat, was a strong Sen. Bernie Sanders supporter during primary season, but said she decided to support Clinton after the Democratic National Convention. Bodenarain said she changed her vote out of support for the Democratic Party. Bodenarain thinks the U.S. public already associates the entire Republican Party with Trump and the entire Democratic Party with Clinton and that these labels are hard to remove.

“It means something different to be whatever you are, and now there’s labels and titles that come with each of these parties based off the two candidates that are running,” Bodenarain said.

Since party realignment can only be identified after it happens, it is impossible to predict if this is a realigning year. As of now, it is also impossible to know whether the Republican Party may be splintering, or if Trump’s candidacy is just particularly unsatisfactory or divisive.
Mars’ prediction is that the parties have to change.

“I think that both parties are going to change,” Mars said. “And I think that’s a good thing because the two-party system is an old system. And if the parties don’t change, then how do we adapt to changing times, changing ideologies?”