SEIDEL: The importance of civil discourse and putting my bias into my pocket 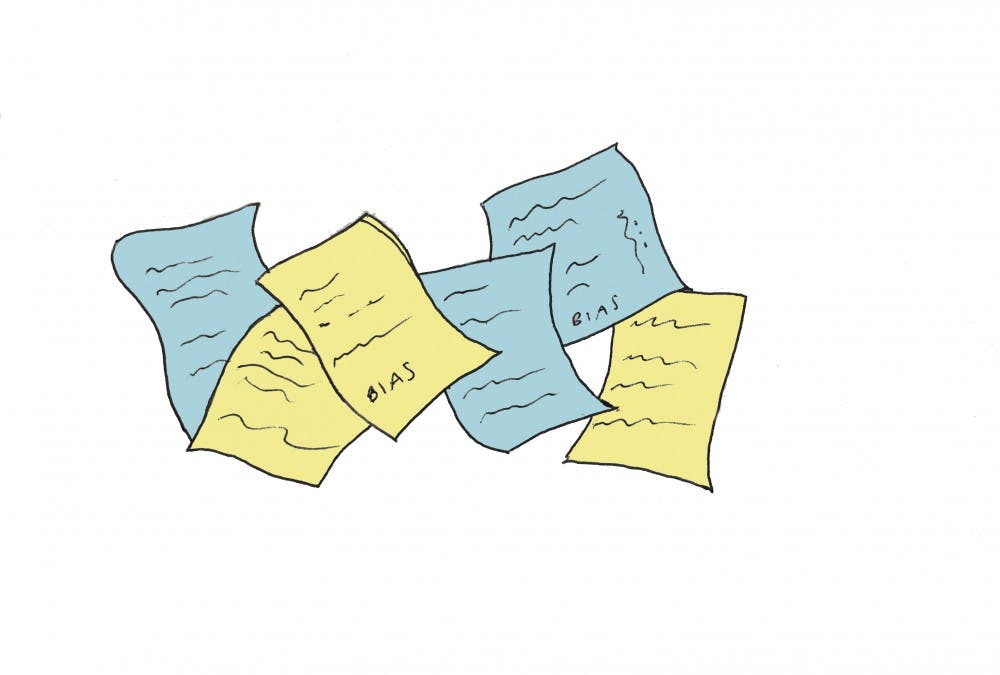 I voted early last week with two of my friends. We went during a three-hour gap between classes and work, and the line was so long that I didn’t even get to eat lunch before my seven-hour shift.

When we arrived at the early voting station at Holly Hill Mall (inside a vacant Victoria’s Secret), Republican and Democratic electioneers handed us little slips of colored paper: a yellow sheet with the suggested candidates on the Republican ticket, and a blue sheet with the suggested candidates on the Democratic ticket. My friends declined to take a yellow sheet, so the electioneer didn’t even hand me one.

I looked down the line of a hundred or so people and didn’t see a single other blue sheet. It was a physical token of my liberal political leaning, something that I haven’t really ever held before. I felt like the token college Democrat in a sea of Southern conservative voters.

Then a couple behind me with yellow bulletins made a joke about how odd it was that the polling place was in a vacant Victoria’s Secret, and I laughed and joined in the conversation. We talked about the way that Burlington has changed in the last 20 years and the way that Elon has played a part in it. We talked about the importance of local government, and the importance of being involved in local politics and not just national politics.

And while we were talking, without realizing it, we all slipped our little colored pieces of paper into our pockets.

For the last 35 minutes before we voted, we put our political leanings aside and just had a conversation, person to person. Civil discourse. It’s not always that easy, and a lot of politically-charged conversations carry a lot of nuance.

But our conversation continually came back to the community that we all live in, the growth its experienced and our love for the place that we call home. Putting partisanship aside, I was able to see that at the end of the day, all sides truly just want what is best for their community.

This election and the discourse surrounding it have been exhausting.

McClatchy recently published an article titled “People are too tired of the election to fight about it on social media,” and Pew Research Center recently reported that 83 percent of social media users try to ignore political posts with which they disagree.

It’s hard to grapple with ideas that don’t fit your worldview, but slipping your bias into your back pocket and speaking on a person-to-person level may be the start of a kinder, more productive kind of conversation.

With my little slip of paper in my pocket, I was able to hear their words and ideas without the implicit bias that I bring to most conversations. Hopefully, they were able to hear mine, too.