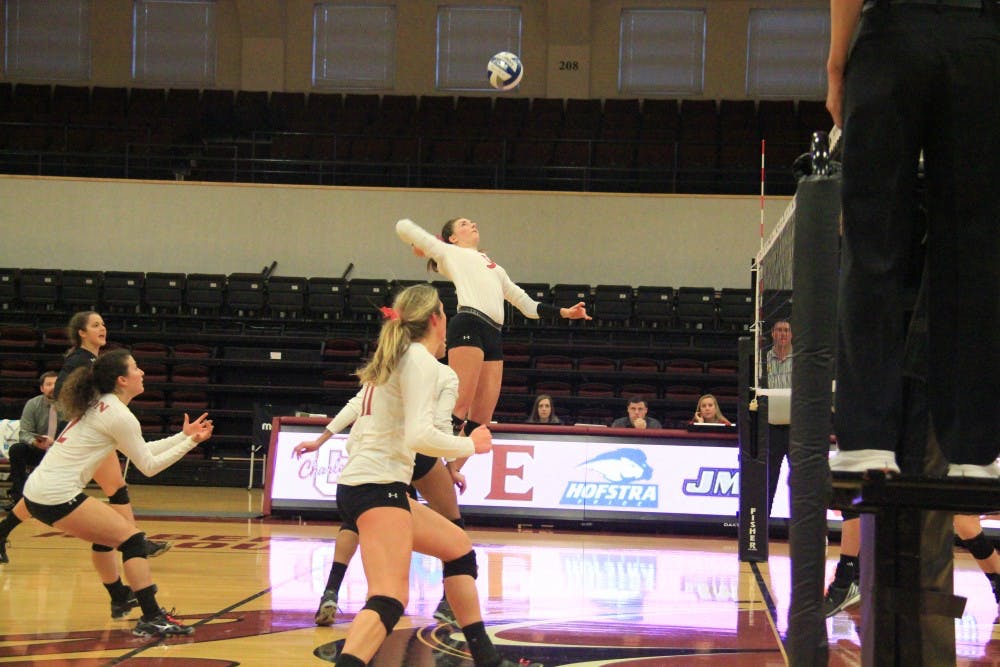 Pink Match is an event that is important to not only the volleyball team and their families, but to the community of Elon as well. The team had been partnering with the Alamance Regional Charitable Foundation to raise money for the Pink Ribbon Fund, and both the Phoenix and Blue Hens wore pink ribbons in their hair.

Senior defensive specialist Morgan Maner has a deep connection to Pink Match, as her mother was affected by breast cancer. Before the match began, Maner presented her mother with a bouquet of flowers, which led everyone in the stands to applaud.

"The Pink Ribbon Fund is a great organization that brings a lot of awareness," Maner said. "Wearing the slightest of pink even on someone’s shoes can make it known that breast cancer can have a serious impact on someone."

The team fundraised money in a variety of ways. The team worked with a charity that Maner's mother is a part of, which included a pageant. Morgan stated the team even had an online fundraising page, that they posted through all types of online media and raised enough money for at least 6 monograms.

During the match, Elon was able to take a tightly-contested second set, in whichjunior Sydel Curry felt that Elon was able to play how it wanted to. Curry said they served best in that set, as well as successfully returned Delaware’s serves.

"[Elon] and Delaware are a great match up for each other, especially skill wise," Curry said.

But the Blue Hens pulled away after the 10-minute break between the second and third sets thanks to some Elon mistakes, as the Phoenix committed 13 errors in the final two sets.

The loss drops Elon to 16-12 overall and 3-9 in the Colonial Athletic Association. The Phoenix faces North Carolina Central University at 6 p.m. Tuesday.