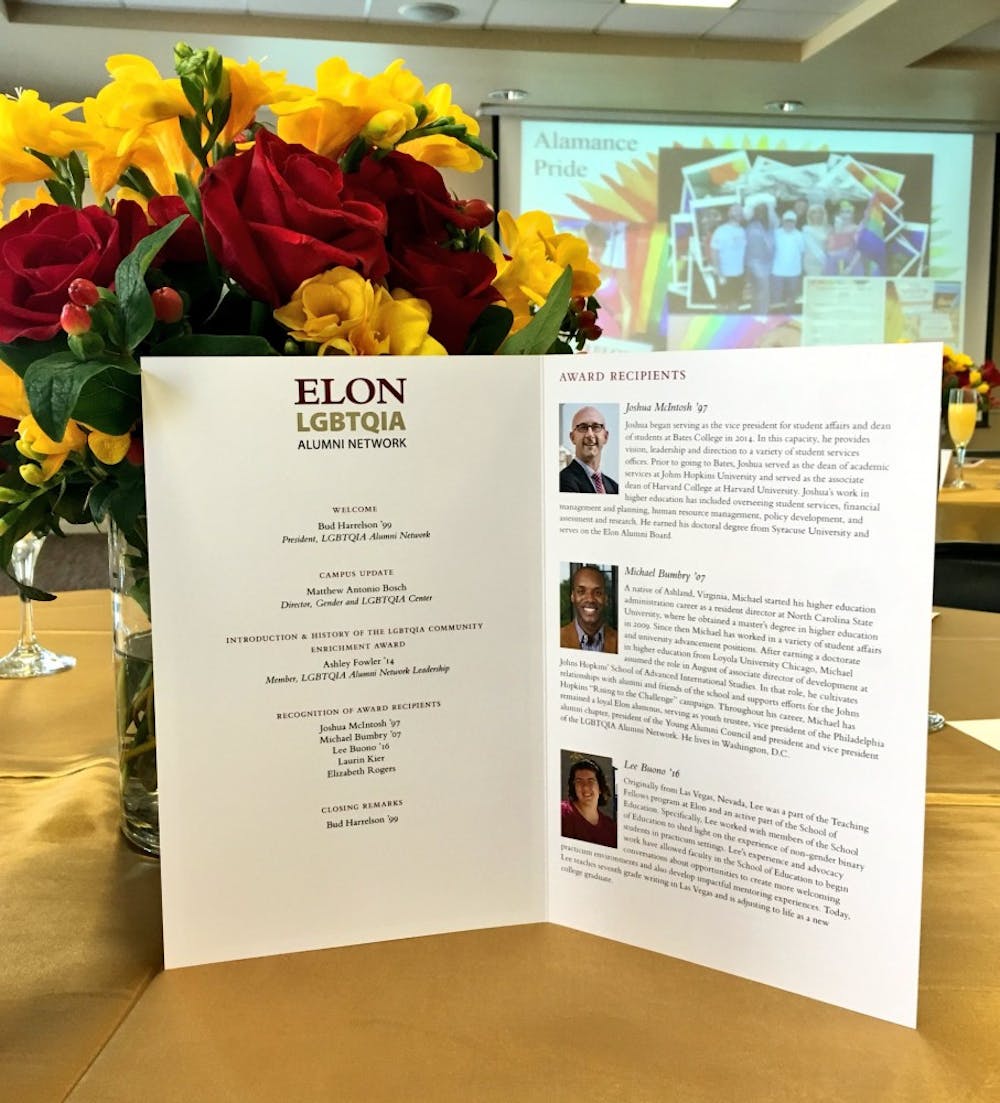 As every speaker, presenter and award recipient at the Oct. 22 Elon LGBTQIA Alumni Network Aumni Awards ceremony pointed out in some way or another, Elon has changed — and not just the landscape. President of the LGBTQIA Alumni Network Bud Harrelson '99 reflected on how far Elon University and the surrounding area has come since he was an undergraduate.

"I was here before the [Gender and LGBTQIA] Center was even a thought," he said.

Many of the speakers had also been at Elon around the same time as Harrelson, saying they noticed the same change. Several referenced the Alamance Pride festival, now in its second year. They said when they were at Elon, they never would have dreamed that such an event could draw out so many people in this part of the country.

Some speakers, Harrelson included, also referenced House Bill 2, the controversial "bathroom bill" which — among other stipulations — requires North Carolinians to use the bathroom which correlates to the biological sex listed on their birth certificates. HB2 received heavy backlash at Elon, prompting resolutions by the faculty and SGA as well as a letter from President Leo Lambert to the Burlington Times-News.

Harrelson praised this move by the Elon community and Lambert in particular.

"He has the privilege to do that as the president of a private institution, but he didn't have to," Harrelson said.

Director of the Gender and LGBTQIA Center Matthew Antonio Bosch presented a broader campus update, highlighting the growth of the GLC to include new graduate assistant Camilla Brewer as well as other milestones reached across campus.