Time and location still in discussion 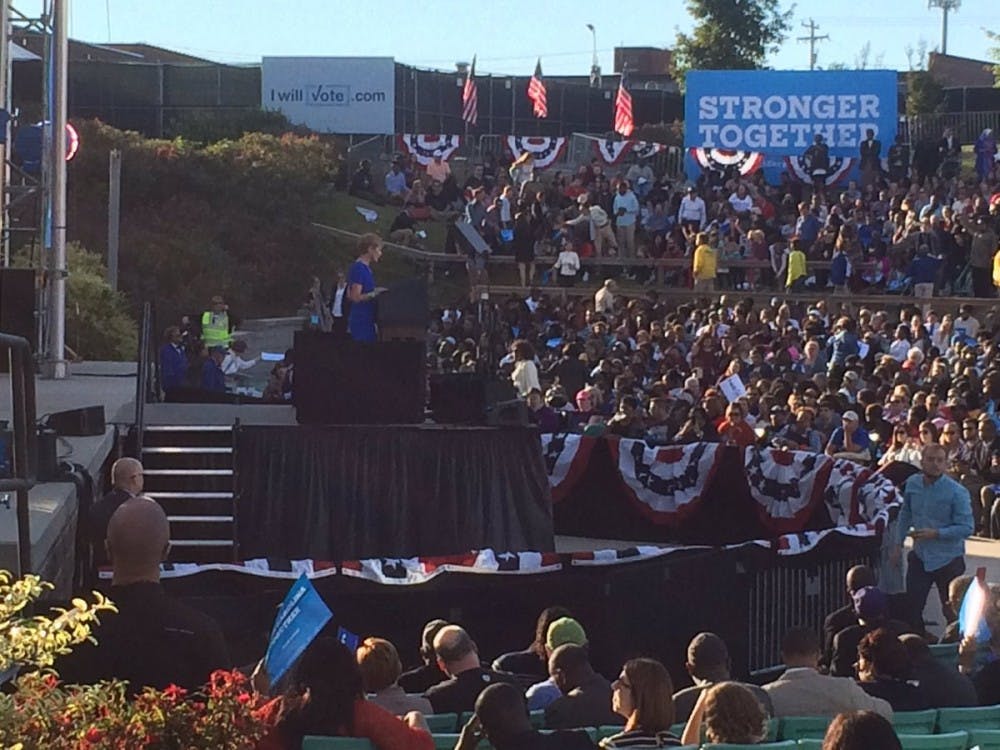 The event will adopt a town hall format to ensure students are able to get their questions answered. The Elon Politics Forum is sponsoring the event. Sophomore EPF President Jay Schulte said he is excited to see a high-profile candidate come to campus.

“We’re honored to have Deborah come to campus through us,” Schulte said in a statement. “We’re excited to see the student involvement that we’ve seen, and hope to continue to echo and develop this campus’s passion.”

Schulte also thanked College Democrats for working with them to bring Ross to Elon.

Ross finds herself in a competitive race against Republican incumbent Sen. Richard Burr. Several polls find Ross in a statistical tie with her opponent. The most recent Elon Poll had her ahead of Burr 43.6 percent to 43.4 percent — a difference of just one vote among 660 respondents. Libertarian Sean Haugh polled at 4.1 percent.

This isn’t the first campaign event held at Elon this year. Haugh visited campus in September to talk about the need to reduce the role of the federal government.

The university recently made efforts to host a senatorial debate. Because the Oct. 3 proposed debate date was not logistically feasible, Elon was unable to host the event.

Elon Provost Steven House said he is glad EPF took the initiative to get Ross to visit campus.

"We are pleased that the Elon Politics Forum is taking steps to host Deborah Ross, candidate for U.S. Senate, in a public dialogue," House said in an email. "We believe that civic engagement necessitates political involvement and active participation in democratic decision-making."

Note: The event was initially scheduled at 1 p.m. on Saturday but has now been moved to Wednesday, Nov. 2 at a time and place yet to be determined, according to multiple sources in EPF and Elon's administration.