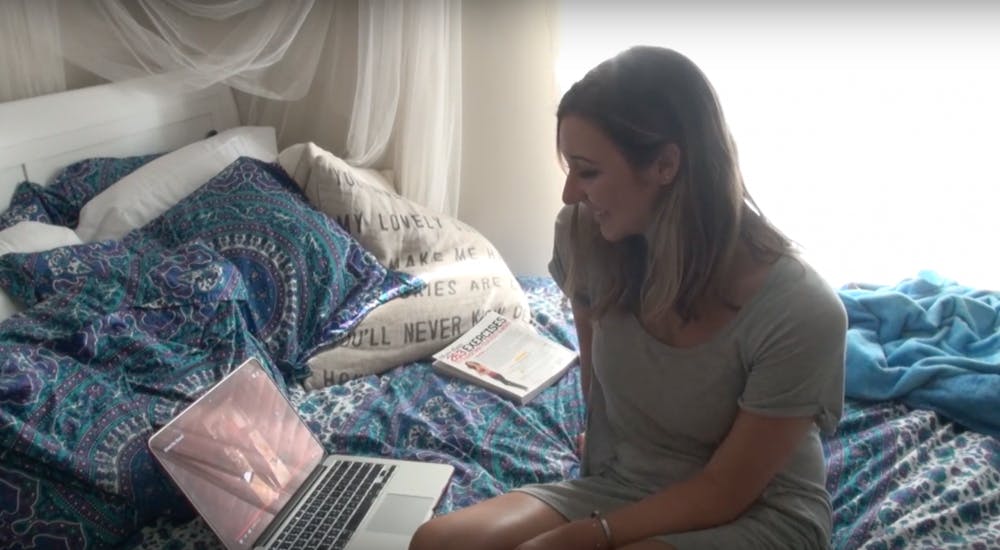 Senior Zoe Ross-Nash was called No-Ass Ross-Nash throughout her childhood and high school, so she wrote it down, then tore up paper  and her insecurities.

“I’m going to rip that up and just love me for my body and love myself for my body, so goodbye, No-Ass Ross-Nash,” Ross-Nash said in a January Facebook video as she tore up a piece of paper with her long-held insecurity written on it.

They didn’t know that their social media campaign #ShredtheShame would become part of the global conversation, inspiring thousands across the country and helping to shape a future career aspiration for Ross-Nash.

“We created an online campaign using the hashtag, ‘Shred the Shame,’ and we created a Facebook page,” Ross-Nash said. “After about a week of campaigning, we had about 4,000 interactions, and then people started posting videos of [themselves] shredding the shame.”

To participate, people were told to write down what they believe to be shameful about their bodies and then rip the paper up on camera, signifying that they are letting go of those negative perceptions.

Then, they should nominate three friends to do the same.

The campaign aims to show that body dysmorphia can affect anyone, and that those who suffer are not alone. When people share their own insecurities, it helps break down the stigma that eating disorders are a taboo topic and helps advocate for awareness.

After the initial videos were posted, the campaign quickly grew, gaining attention at other schools, and in places outside of the Elon community.

“In Elon’s culture, it’s very under the current that disordered eating is acceptable, and it’s almost like a cool thing to talk about,” Ross-Nash said. “You hear about sororities that have gym hours, or group salad-eating or weigh-ins or that girls are throwing up in Carolina,and no one talks about it.

“Elon doesn’t have a qualified place to handle eating disorders, and even in North Carolina, there aren’t that many facilities. So, [I’m] just providing people [with] that outlet and being an advocate.”

As Ross-Nash became a supporter, Herman showed her how to be supportive without overstepping any friendship boundaries.

“I think it’s really important to know that eating disorders have the highest mortality rate than any mental health illness — higher than depression, higher than bipolar, and that is really huge,” Herman said. “Eating disorders are a predisposition. It’s not someone’s fault if they have an eating disorder. It means they are genetically predisposed to be more susceptible than the average person in society.”

Ross-Nash, a psychology major, initially didn’t want to focus on eating disorders because they’ve been a sensitive topic for her with family members who have suffered.

But after she learned that her mother’s friend, who suffered from disordered eating, passed away, she became “hungry to change” the stigma around this taboo topic.

“I’m just proud of its ability to reach so many people,” Ross-Nash said. “It’s humbling. What’s been hard is that people think if you don’t have an eating disorder that what you say isn’t valid, and I’ve never struggled with an eating disorder. It’s proving that you can still connect with these people and understand what [they’re] experiencing even though [you] have never experienced it.”

Now, Ross-Nash aims to focus  on the clinical aspects of eating disorders. She will participate in research on campus about the correlation between anorexia and perfectionism in college-aged women and continue working with the National Eating Disorder Association’s crisis hotline.

“With the nature of eating disorders, there’s a lot of shame — a lot of it’s done in secret,” Ross-Nash said. “So the fact that people can connect with others who have gone through the same thing and that what you’re experiencing isn’t strange or only unique to you, that other people are going through it as well shows that recovery is possible.”