Dressing in drag to benefit pride 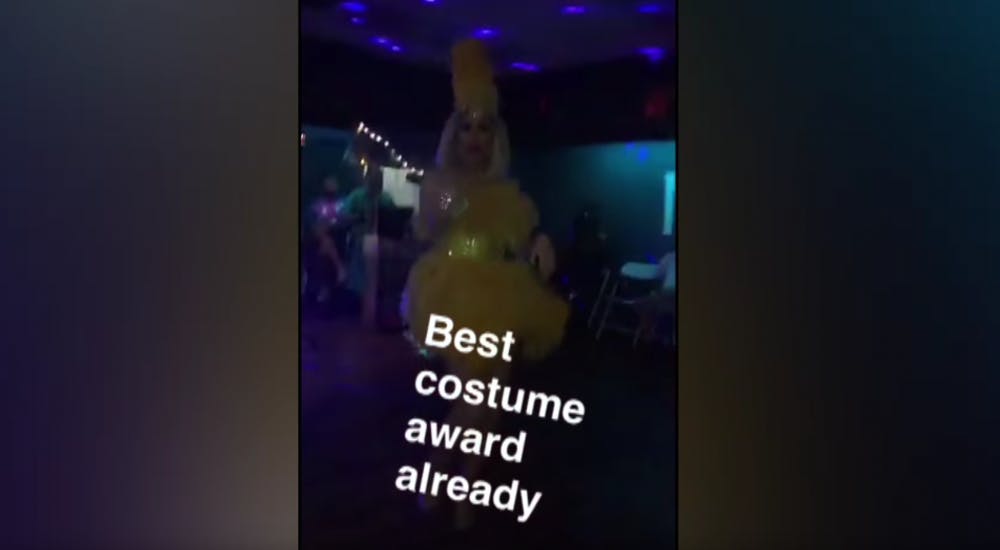 A drag show to benefit Alamance Pride was hosted last night at the Jazz 'n More in downtown Burlington. The money raised from the fundraiser went to Alamance Pride, Burlington's local pride organization that helps support equality and an inclusive community.

"I'm open-minded for anyone trying to do something for a fundraiser," he said.

The show started with Stormie Daie, a local drag queen from Durham, who also served as the night's emcee. She introduced the rest of the drag queens, who sang and raffled off prizes such as gift cards to The Fat Frogg Bar & Grill and a flat screen TV.

Halfway through the night, the organization had already raised $500.

Paul Keller, president and founder of Alamance Pride, said he was happy with the turnout from the night.

"This turned out better than we can imagine," Keller said. He hopes they can do several more drag shows this year.

Alamance Pride uses the money donated to the organization to help homeless LGBTQIA youth, to educate people on the LGBTQIA lifestyle and to host events like  Alamance Pride, which will be held on Oct. 1.

Here is Snapchat coverage from the event: