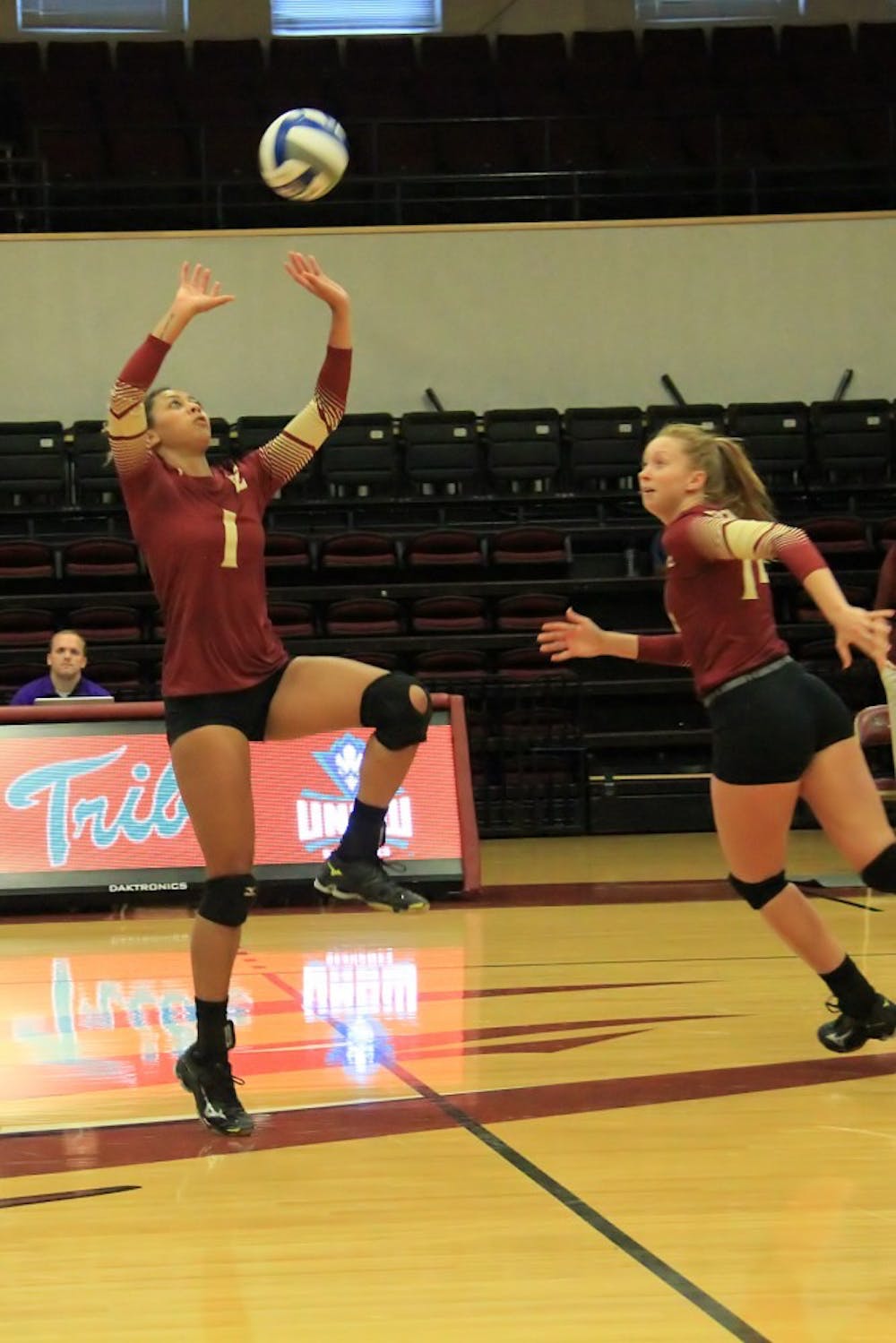 
Junior setter Sydel Curry (1) passes a ball as junior middle blocker Michelle Klein (14) runs around her to prepare for an attack.

After making quick work of Norfolk State University earlier in the first day of the Elon Phoenix Classic, Elon found itself down a set earlu against Wofford. The Phoenix quickly responded with a dominant second set and appeared to be in good position for a smooth third set victory.

With the score in favor of the Phoenix at 24-17, Wofford broke all seven set points and took a 25-24 lead. Elon then scored three straight points to squeeze out a 2-1 set advantage. Later in the match, the Phoenix mustered five consecutive points to seal a five-set win.

“I just like how they fought back,” Elon coach Mary Tendler said. “They kept fighting back. Wofford pushed us and we pushed them back really well in the second set. There was just a lot of different runs that we had to stop, and luckily, we had the last run in the fifth. I’m just really proud of the perseverance tonight.”

Junior setter Sydel Curry emerged as one of the stars of the night as she tallied a season-high 15 digs to go with 43 assists and two aces. Curry only played one set against Norfolk State, so she entered Friday night rested and ready to compete.

Though Curry had an impressive night, she said she was most proud of her teammates’ response to adversity.

Unlike previous Elon Phoenix Classic tournaments — where Elon competed against two or three teams — this year’s field includes four opponents for the Phoenix in just two days. Tendler said the schedule would allow her to insert less experienced players into key situations.

“We do have four matches in two days, so if we can get some people that play a lot some rest, we want to,” she said.

With the wins, the Phoenix improves to 7-2 and carries a four-match winning streak into the second day of the tournament. Elon faces Delaware State University at 11:30 a.m. this morning and Gardner-Webb University at 7 p.m. tonight.