Orienting to Elon, far from home 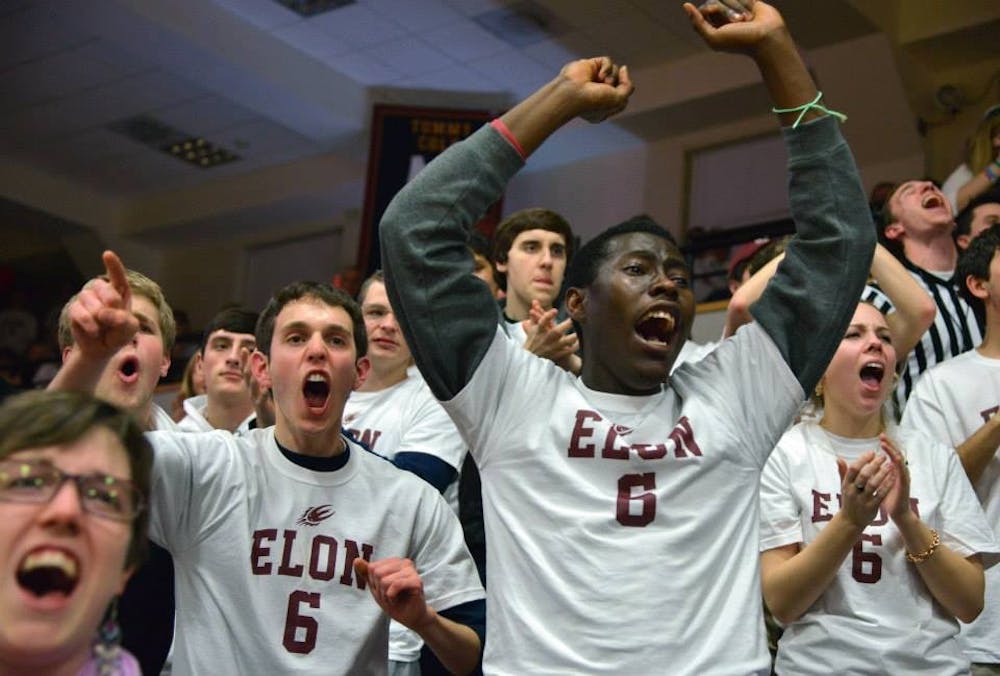 Growing up in Haiti as the third of four brothers and the first to graduate high school, senior Elisson Adrien wasn’t the subject of high expectations from neighbors — especially after his parents died in March 2008.

But his expectations for himself were high.

Adrien would skip classes his junior year of high school to work in the Dominican Republic in order pay rent. But he was still one of the best students in his classes and was hopeful an opportunity for higher education would appear.

But after the January 2010 earthquake, which destroyed many universities, his chances of attending school became slimmer.

During that same time, John McGreevy ‘10 visited Haiti for mission work as a senior and connected with Adrien over his goals and ambitions. McGreevy suggested he attend Elon University because of its pre-med program and contacted the university on his behalf.

“My first communication with the school was an email containing my acceptance letter,” Adrien said. “Here I am.”

Now a senior, Adrien is studying biology and hopes to become a physician in Haiti and other developing countries around the world.

To prepare for his transition to a U.S. school, he attended International Student Orientation. This year, 70 international students went through the same program that began Aug. 23.

During the orientation, students from all around the world were able to learn more on how to adjust to living in the United States. Sessions led by OLs included “The U.S.: Making the Adjustment” and “Social Life at Elon.”

There are other sessions about immigration as well as staying healthy on campus, with time allotted to ask questions catered to their concerns.

According to Adrien, there are many regulations that need to be followed to keep a visa student status, which International Student Orientation helps freshman understand. But even more valuable to Adrien than the sessions that focused on visas were the sessions about how to use technology on campus, such as the many websites and resources Elon offers.

“They also will have their OLs as a resource who can help answer any questions they have,” Kratzer said. “Their International Orientation groups are much smaller than their domestic New Student Orientation groups, so this should help provide them with more individualized time and attention to answer those specific questions.”

During this time, the international students are able to bond over confusion and similar backgrounds, unlike those of a typical U.S. student. It is these similarities that created lasting friendships for Adrien.

“International Student Orientation has given me my first group of friends on campus,” he said. “These connections were very important because they were with people in similar situation with me. Even if we did not stay together, most of them are still my friends.”

Though International Student Orientation helped Adrien understand the gist of campus life and what is expected from an Elon student, he still experienced plenty of culture shock, especially with regard to the party scene.

Despite overcoming these shocks, Adrien was able to find where he belongs on campus, getting involved and serving as an RA this year. He said his time here has been great.

“I have been homesick a lot more than I thought I would be, but I have had an excellent time here,” Adrien said. “It will be hard leave this place next May.”