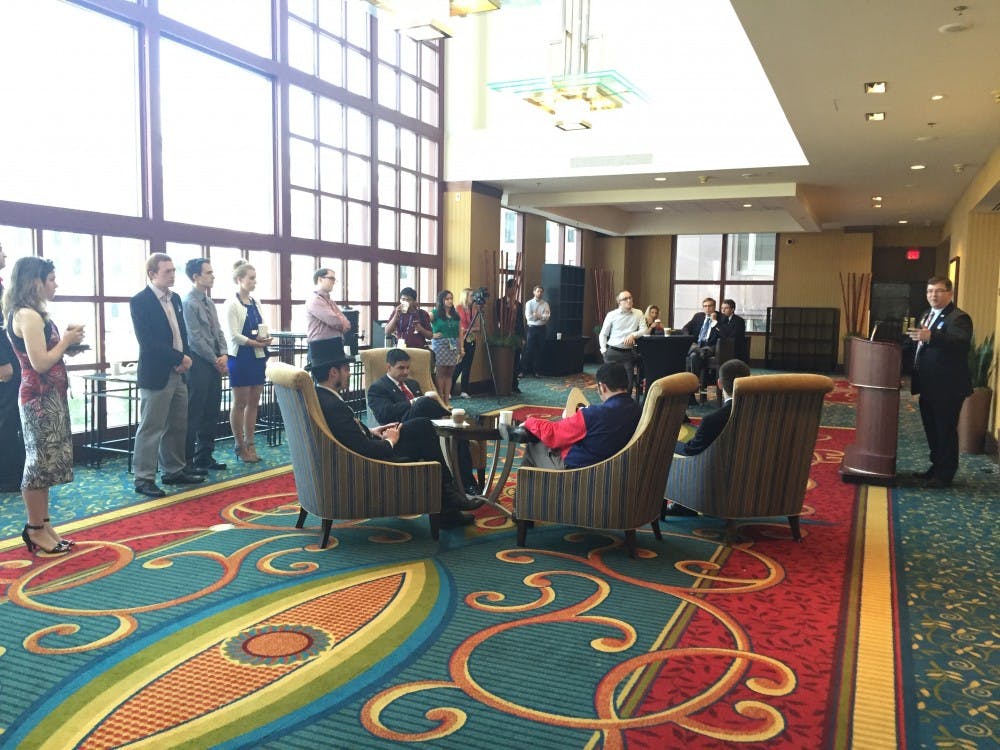 Although most of these delegates are older than 30, there are many delegates representing the Millennial generation.

Nick Allman, 23, organized a Republican National Convention Youth Caucus so Millennial delegates and alternate delegates could meet each other and discuss their ideas that differ from the national GOP platform.

"Tomorrow I am going to release the results of a survey that I had everybody take, to sort of, put out a youth platform, if you will," he said.

Roughly one-third of the millennial generation, categorized by people ages 18-34, affiliate or lean Republican. More than half of those people take a mix of conservative and liberal positions.

This is a stark contrast to the older generations of the Grand Old Party. Among all Republicans, 53 percent have conservative views. In the Silent (ages 69-86) and the Baby Boomer (ages 50-68) generations, about two-thirds are consistently conservative.

"There's a pretty significant break with regards to the gay issue, for lack of a better term," Allman said.

Of Millennial Republicans, 64 percent say homosexuality should be accepted by society. For the Baby Boomer generation, that percentage is just 45 percent.

Allman said that this divide may cause problems for the GOP when it comes to attracting young people in elections.

"There are many, many people, in my opinion, that would vote Republican, but they're turned off by that one single issue," he said.

The GOP has historically had a hard time clinching younger votes in nominations and elections. The question now is how the party will encourage younger voters to turn out to elections and vote for the republican ticket. Xander Almeida, 31, says one way to do this is to start including a more diverse group of people in the Republican Party.

"We need to go and recruit people, especially young people, people of color, women too, to all go and say, to express better what are values are," he said.

Almeida said one of the biggest problems is that the GOP's message does not connect with Millennial voters.

But Almeida still believes that the party itself is a good fit for young voters.

"If you can tell young people, you should be able to keep more of your income," he said. "You should have less regulations so you can start your own business. You can own your own future. Like that's a good, powerful message, but that's not a message we're delivering to young people."

This story was jointly reported by The Pendulum and Elon Local News.