Big oaks to the Big Apple

Senior takes on COR class, internship during Elon in NYC 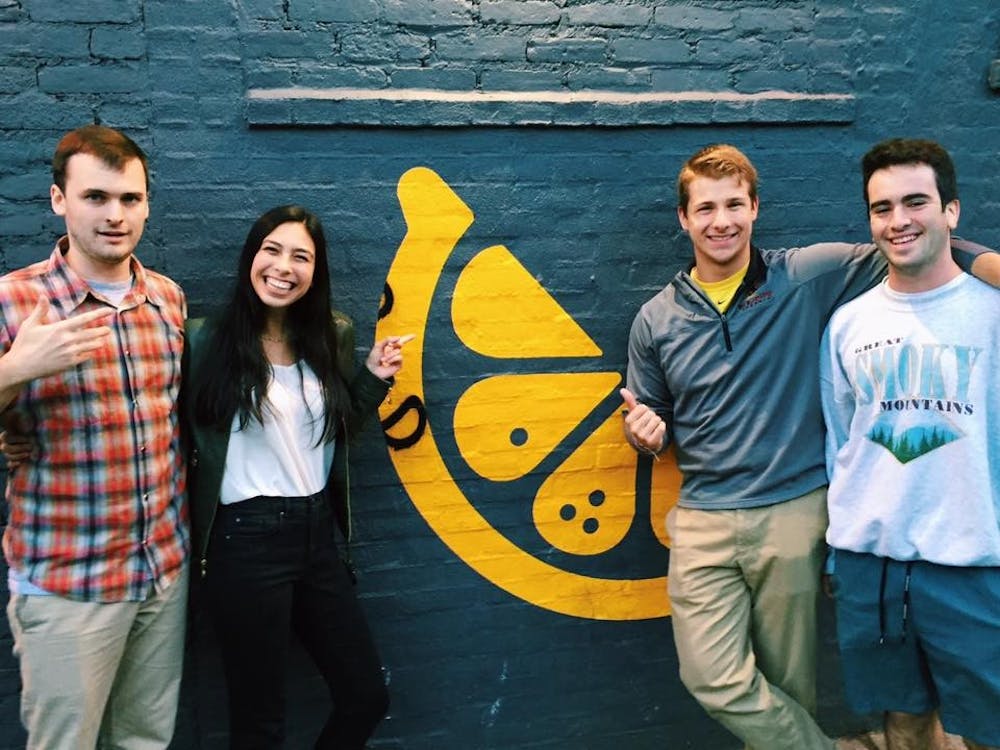 Completing a COR capstone class and a summer internship while exploring a new city can be challenging. But senior Cam Ciesielski is taking a bite of the Big Apple.

“I just wanted the experience out in the real world,” Ciesielski said. “I figured I would make some connections for when after I graduate.”

Ciesielski is studying broadcast journalism and decided to try the Elon in New York program this summer.

The Elon University program offers housing and resources that helped him find his summer internship. He’s interning three days a week at Mount Sinai Hospital’s The Child and Creative Arts Therapy Department. There he works with KidZone TV, an innovative and interactive production and internal broadcast studio within the children’s hospital.

KidZone TV, or KZTV, a closed circuit broadcast station at the Mount Sinai Hospital, was actually the first of its kind.

“They were kind of the trailblazer to put broadcast stations, whether it’s radio or television, in children’s hospitals and basically send out programming 24 hours a day to patients in the hospital,” Ciesielski said.

Everything The Child and Creative Arts Therapy Department provides is for the patients at the hospital and for the kids show, including sometimes bringing in guests like Garth Brooks, Nick Jonas and Lady Antebellum for on-camera interviews.

“One of the biggest pieces is interaction with the patients, especially the patients who are in the hospital in isolation,” Cieslielski said. “If they can call into a show, hear their voice up on the screen and have whoever’s on screen interacting with them, it’s actually a very therapeutic type experience, and that’s something Mount Sinai as a whole is really just all about.”

The approach is holistic. Kids can participate on the show if they have written consent.

“It’s the emotional side of medicine that can’t be contained in a bottle,” Cielsielski said.

There’s music, art and meditative therapy at the hospital as well. KZTV offers three live, 30-minute shows per day at 12:30, 3 and 6 p.m. During these live shows, Ciesielski has hosted, produced, broadcasted pre-produced content and even run technical equipment such as the video switcher and camera. In addition to the shows, he helps manage the KZTV loop that plays 24 hours a day.

KZTV operates with just a station manager, a couple show producers and a few interns.

But since he interns three days a week, Ciesielski gets to explore the city outside Mount Sinai during his days off.

“It’s been incredible so far,” Ciesielski said. “It’s such a good balance of getting the experience, getting good connections, exploring the city.”

He called his time here “a trial run” for his post-graduation move to a big city.

Ciesielski was born outside of Detroit. Then in 2000 he moved to suburban Ohio where he was raised before moving to Needham, Massachusetts, outside Boston in 2007. While he says he is more familiar with big cities,the majority of his life was not spent in Boston.

From population density to means of travel and navigating the streets, the feel of two distinct cities aren’t the same for Ciesielski.

“Obviously, there’s no place like New York,” he said.

In his class, COR 418: “The Streets of New York,” Ciesielski and about 30 other Elon classmates explore three major components of what makes New York flourish for a week each: business, communications and fine arts.

The class completed the business and finance portion at the end of June, during which they visited Bloomberg Businessweek, the Federal Reserve and Credit Suisse. Elon emphasizes experiential learning, and Ciesielski interacted with these businesses, allowing Elon to engage students off campus. Now the class has moved on to the communications and media portion. Visits include MTV, Viacom and BBDO advertising agency.

The class is doing a course project each week then will have an overall final project on neighborhood ethnography. Ciesielski chose the Chelsea area, in which he’ll research who lives there, what they do, how the neighborhood works and overall highlights.

Ciesielski says his experiences in New York outweigh being in the classroom back in Elon.