Kasich, Cruz make no reference to Trump in suspension announcements 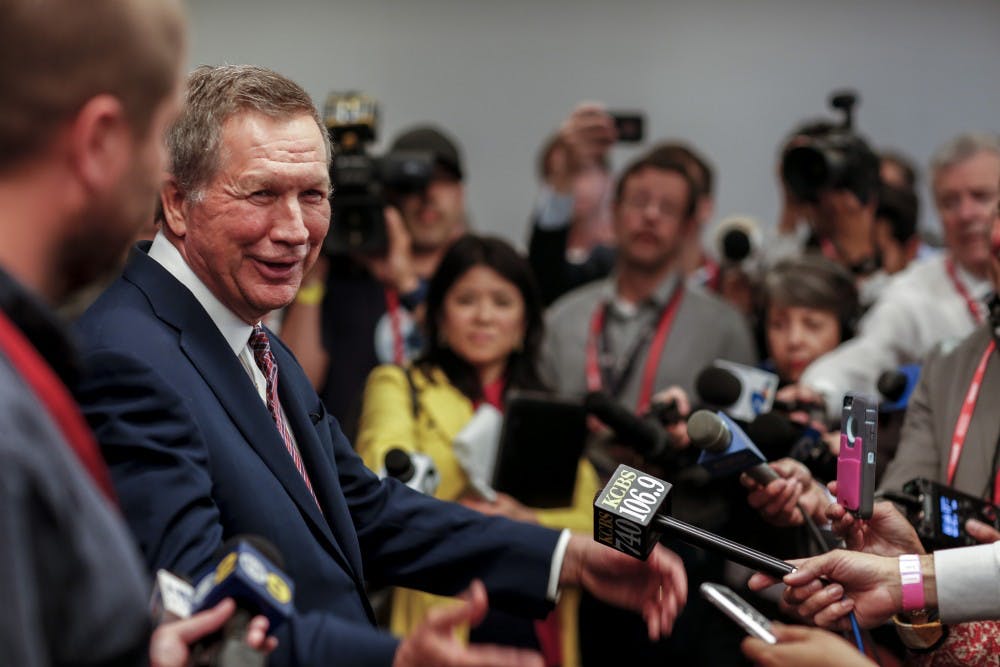 Republican presidential candidate and Ohio Gov. John Kasich delivered an emotionally-charged speech at 5 p.m. Wednesday to announce his withdrawal from the presidential race.

After canceling a media event scheduled earlier in the day in Virginia, sources from Kasich's campaign announced the governor's plans to suspend his campaign.

Kasich's only shot at becoming the Republican Party nominee would have been in a contested convention. But because of businessman Donald Trump's big victory in Tuesday's Indiana Primary, Trump has become the presumptive nominee.

With nine state primaries remaining and Trump quickly closing in on the required 1,237 delegates, Kasich and Cruz no longer saw a viable path to securing the Republican nomination.

Throughout Wednesday's speech, Kasich shared stories of supporters who had inspired him to continue pushing for the presidency. He spoke about a young man gave him a hug during a town hall in South Carolina.

He also shared a story of a father from New York who blamed himself for his son's cancer. Kasich then reassured the father he needed to be easier on himself and that he was a loving person.

As the speech progressed, Kasich spoke of a woman at a town hall event in Michigan who shared a story of her son's suicide. Shortly thereafter, Kasich talked about faith, and his supporters embraced the mother to make her feel that she was not alone.

Kasich said these experiences, along with several others, kept him motivated to run for president.

Like Cruz's announcement on Tuesday, Kasich did not reference businessman Donald Trump during his speech. As the Republican Party begins to rally around Trump going into the general election, questions remain as to whether Cruz and Kasich will support the presumptive nominee.