Dr. Danieley to retire from teaching 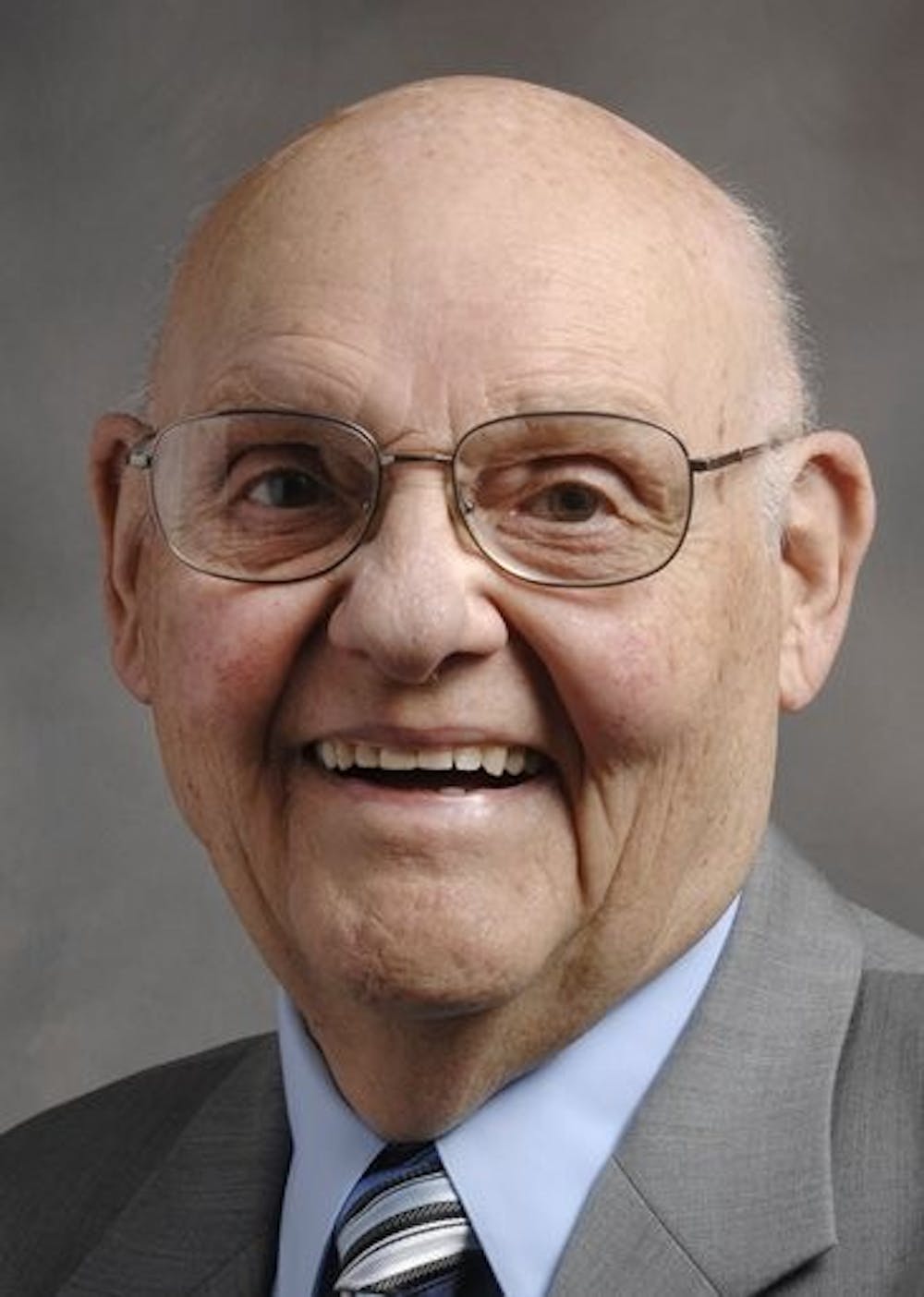 Dr. James Earl Danieley, a member of the Elon University faculty since 1946, will retire from teaching at the end of the 2015-2016 academic year, according to family members and university sources.

Danieley, 91, has spent time in the hospital with health concerns this semester. He's been present around campus recently, attending spring convocation in late March and the 125th anniversary of Elon Community Church celebration in mid-April. His class schedule for the spring semester entailed an interdisciplinary seminar, titled "Elon Past Present Future," co-taught with Dr. Nancy Midgette, professor of history.

A native of Alamance County, Danieley graduated from Elon in 1946 and was offered a position as a chemistry instructor shortly after graduation. He's been on the faculty ever since, teaching mostly chemistry courses but also public speaking during his time as president from 1957 to 1973.

Early in his career, Danieley briefly left Elon to receive a doctorate in organic chemistry at the University of North Carolina at Chapel Hill, and completed post-graduate research at Johns Hopkins University in Baltimore.

Danieley returned to Elon College in 1953 to once again teach chemistry and was named Dean of the college. He held this position for four years.

This story is being jointly reported by Elon Local News and The Pendulum. Elizabeth Bilka, Ashley Bohle, and Tommy Hamzik contributed to this story.