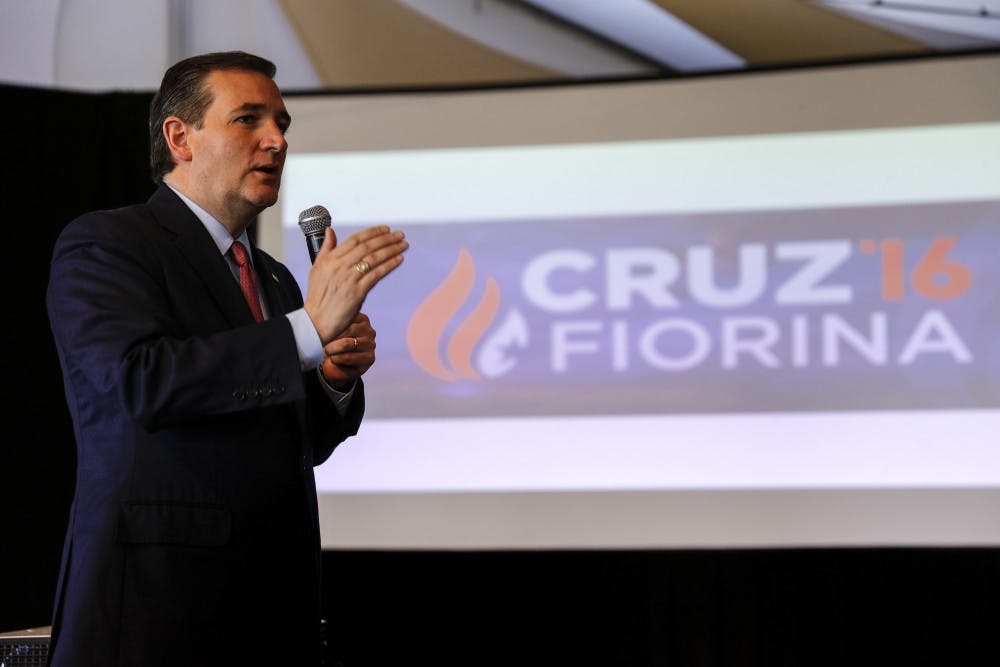 "From the beginning, I’ve said that I would continue on as long as there was a viable path to victory," Cruz said from his Indianapolis headquarters after the loss. "Tonight, I’m sorry to say it appears that path has been foreclosed."

Cruz entered the primary in need of a win to keep his campaign afloat and prevent Trump from closing in on the required 1,237 delegates needed for the nomination. Though several polls predicted a tight race in Indiana, Trump won by more than 15 percent with 75 percent of polling sites reporting.

"We left it all on the field in Indiana," Cruz said. "We gave it everything we’ve got, but the voters chose another path. And so, with a heavy heart, but with boundless optimism for the long-term future of our nation, we are suspending our campaign. But hear me now — I am not suspending our fight for liberty."

Jason Husser, Elon University assistant professor of political science and policy studies, said he was surprised Cruz decided to drop out of the race before Trump reached the required number of delegates.

Though Trump's nomination is not yet official — nine states still have to hold their primaries — he is the presumptive nominee.

“I didn’t think that it would happen quite this quickly," Husser said. "I also thought that you’d see Cruz running the race until the very bitter end."

After Cruz made his announcement, Trump delivered a speech from his New York headquarters.

Trump began by thanking the Indiana voters for their support, noting he had not expected as many votes as he received. He even claimed to have trailed by 20 percent six weeks ago. But as Trump's speech progressed, he congratulated Cruz on a hard-fought campaign.

According to Husser, Trump should change his messaging for the remainder of his campaign to target voters in the general election rather than voters from remaining state primaries.

“What’s key for Trump right now is to switch his focus from the primaries to the general election,” Husser said.

Trump needs fewer than 200 delegates from the nine remaining state primaries to officially secure the nomination. Assuming Trump obtains 1,237 delegates, which appears to be the case, Husser said the only way Trump would not become the nominee is if the party switched its rules at the last second. Though rule changes are possible, Husser said last-minute changes would be highly unlikely.

Husser also said Cruz must make a tough decision about the future of his political career.

"[Cruz] will be a likely nominee or strong contender for the nomination in 2020," Husser said. "He now has to face the choice of pitching himself as the guy who fought Donald Trump to the bitter end or someone who wants to work with Trump to potentially beat Hillary Clinton in November."