'Courageous speech is so important' 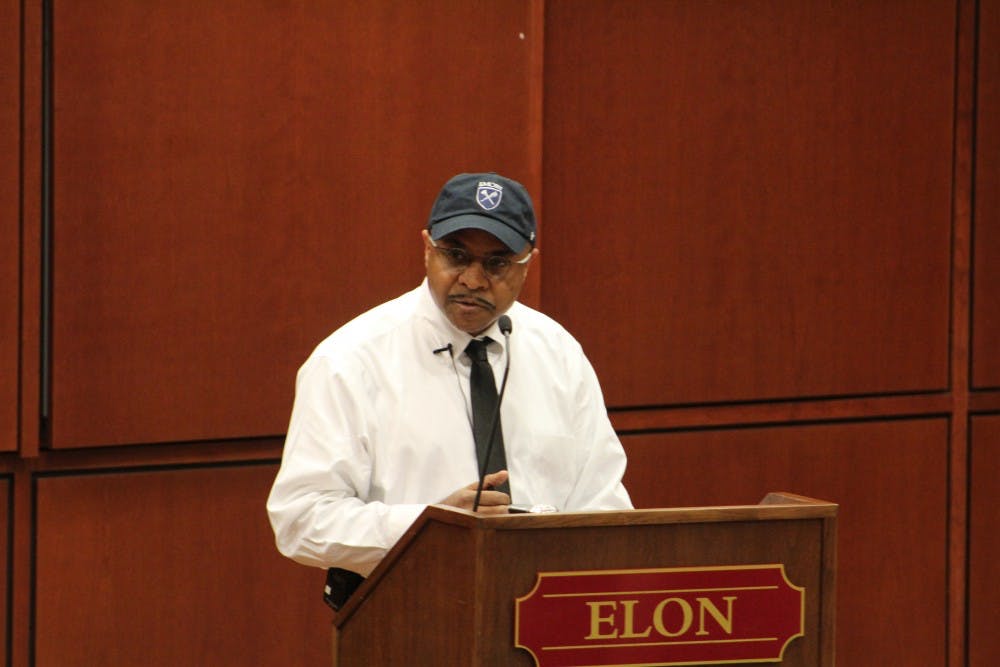 
Emory University philosophy professor George Yancy encourages white students to be mindful of what they say.

Emory University Professor of Philosophy George Yancy lectured on the controversial topic of racism in a white supremacist society April 14.

The event was held in LaRose Digital Theatre in the Koury Business Center. Yancy was the 40th speaker of the Ferris E. Reynolds Lectures in Philosophy for 2016.

Obsessed with the meaning of his own existence since he was a teenager, Yancy decided to explore the field of philosophy. He specializes in the philosophy of race and the black race, whiteness and its embedded social reality. He is the author and co-editor of multiple books including “Pursuing Trayvon Martin,” “White Self-Criticality beyond Anti-Racism” and “Look, a White!”

Yancy began his lecture by saying, “I argue that parrhesia, or courageous speech, is so important when discussing race … We need fearless or courageous listening.”

He encouraged the primarily white audience to be mindful of what they said in the future about race-related subjects.

Yancy was in no way shy to his audience. He explicitly explained how his many controversial published works have left him with a handful of white critics.

Yancy’s strong opinions have even made his students at Emory question their own whiteness and the world around them.

“My white students are always reminding me that they are not racists,” said Yancy. “What if at the end of the day, to be white is to be racist?”

He talked about the “click” sound a car makes when a white person is locking his or her car as a black man walks by. While many people did not think one sound could be so meaningful, to Yancy, this is telling a black person that they are a sexual predator, violent, hypersexual or a criminal. To the white person locking their car, this “click” represents safety, purity and innocence.

“The clicks themselves solidify white identities,” he said. “I am not a criminal. I am not a problem waiting to attack white people.”

Yancy said the reality of race is “purchased in the framework of a social ontology.” Rather, race is a natural part of being, and everyone, white or a black, is born into it.

During a Q&A at the end of the lecture, Yancy answered the question of what black people can do to combat the issue of racism.

He said there is nothing the black race can do, because their race is not at the root of the problem. He believes racism is rooted in historical white supremacy.

Yancy ends on the belief that “the best thing for whites to achieve is to be anti-racism racists.” He challenged the white audience to go home that night and look at themselves in the mirror and ask themselves, “What makes being white so special?”