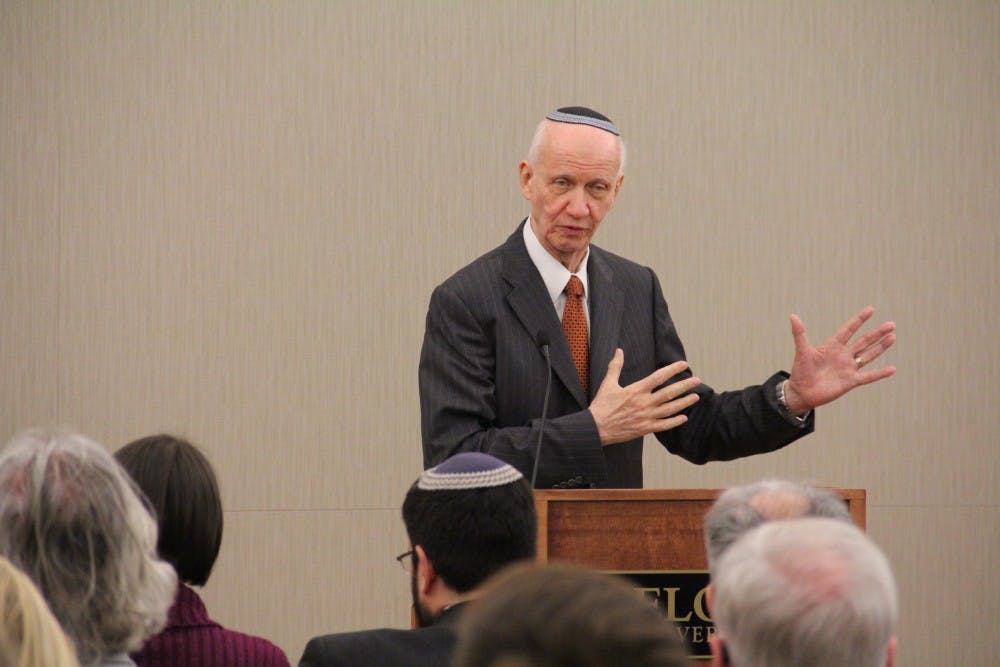 Greenberg is a renowned author, scholar, rabbi and theologian known for his work in breaking down cross-religious dialogues and perspectives. His talk explored the tensions and risks in how the State of Israel is imagined by contemporary Jews, Muslims and Christians. He also mentioned how conflicts about Israel have led to international conflict.

He began by painting a picture of Israel, comparing it to the size of New Jersey. He described Israel as a tiny country nestled in the Middle East. Yet despite its small size, the country has continuously received a disproportionate amount of media attention since its official state creation in 1948. Somehow, despite its small size and population, Israel is depicted as having great power.

Greenberg said this general lack of knowledge and misinterpretation of the state of Israel comes almost entirely from the theological lens through which people perceive both the country and Judaism. He said that the projection of alternate religious ideals has created a strange contrast between an individual’s perception and reality.

He focused on the three monotheistic religions: Islam, Judaism and Christianity. Greenberg pointed out that the superior mindset embedded in the Muslim religion, and even the prospect of Jewish power, was threatening to these ideals.

In the wake of mounting hostility between Sunni and Shiite groups in the Middle East, there has been a better effort for these religions to collaborate as allies. But Greenberg argued that a greater recognition and understanding of Jewish teachings still needs to be made.

In each of the main world religions Greenberg mentioned, there exists one commonality: a general lack of understanding and appreciation for the other. According to Greenberg, this is only one possible lens.

To him, one solution is utilizing a lens that affirms the other.

While each religious following has varying ideals that may sometimes conflict, there exists not only a possibility but a necessity for pluralism in the modern world.