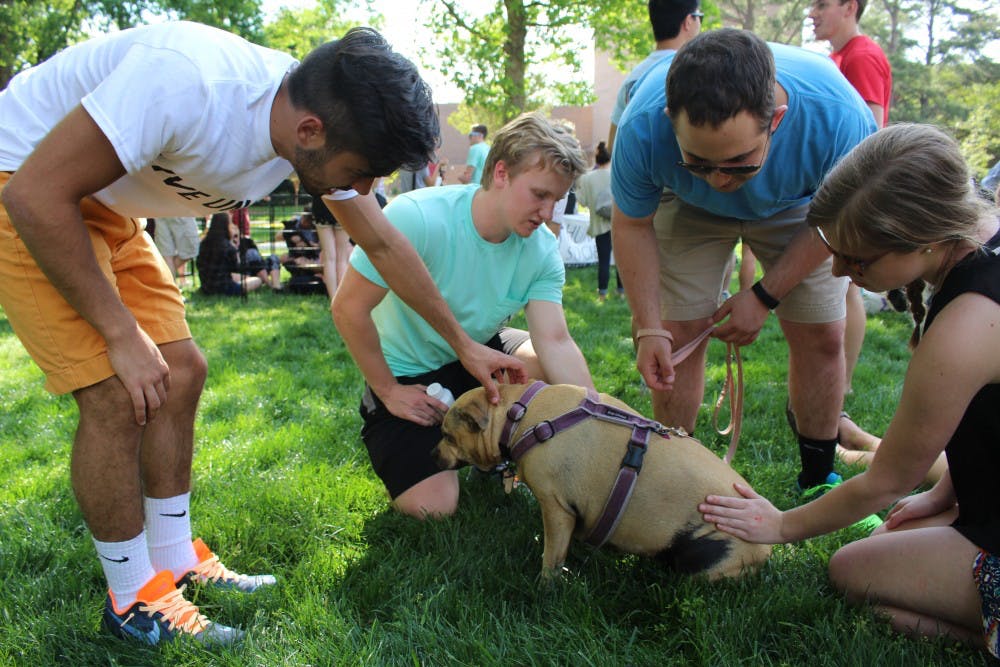 Students enjoyed a break from end-of-year stress Monday afternoon at Delta Upsilon fraternity's event, DU Dogs. The afternoon allowed students to buy tickets for the opportunity to pet both puppies and dogs from the Humane Society of Alamance County. The event served as the main attraction for the organization's philanthropy week — all proceeds benefitted the Boys and Girls Club of Burlington and the Humane Society.

Sophomore Co-philanthropy Chair Ethan Jaffe said the idea of bringing dogs to campus was designed to raise money for two causes the brothers feel most passionate about.

"We wanted to do something different this spring, so we came up with an idea we felt students would really like, while also being able to bring in some of the kids we work with during the week," Jaffe said.

Delta Upsilon members volunteer their time at the Boys and Girls Club on Fridays throughout the semester to mentor and play with the children of Burlington who participate in the after-school program. Volunteers brought some of the children to Monday's event.

"Overall, it's just a good way to give back to the local community," said junior Ryan Mansfield, president of Delta Upsilon.

Tickets were sold for $5 and gave participants unlimited time with the dogs, a hot dog and live entertainment from a cappella groups, such as Twisted Measure.