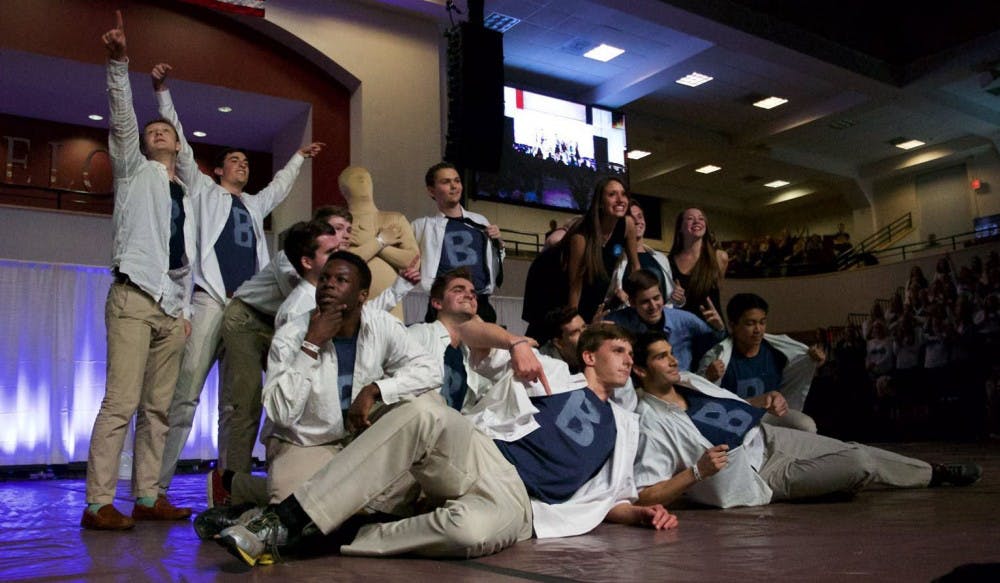 With the second most members among Interfraternity Council chapters, Beta has become one of the more popular chapters on campus.

Though older fraternity chapters at Elon are smaller in size, the addition of Beta has allowed for more men to become involved in Fraternity and Sorority  Life (FSL).

“Our office looked at the data for men who are selected and not selected for membership over the last several years and noticed that approximately 50 percent of men who expressed interest were not being offered the ability to join a fraternity,” said Director of FSL Dan Faill.

While there was large interest in adding a new fraternity to include more males, Faill said Beta underwent a lengthy approval before being added as an official organization.

When Elon decides to add a fraternity, a letter is sent to all fraternities to let them know the campus is considering a new organization. Interested fraternities such as Beta are required to submit an application, which is then reviewed by a committee of students, faculty and staff. A few selected fraternities will be brought to campus to give presentations outlining why they should be added.

“After the on-campus presentations, the committee, students and other campus partners provide feedback to our office, which FSL collects and makes a final recommendation to the vice president for Student Life, who has the final decision for approval and registration,” Faill said.

Junior Nic Nelson, vice president of communications for Beta, said he heard about the new fraternity through its table in the Moseley Center.

“I work at the Moseley Front Desk and I was passing by the table all the time, so the thought of stopping by to talk to them made sense,” Nelson said. “For the past three years, I have considered Greek Life to be a really interesting part of an Elon experience, so having the opportunity to become a founding father of a new fraternity sounded incredible.”

While many students join FSL as freshmen and sophomores, Nelson decided to get involved as a junior.

“Being a junior, a lot of my friends asked me, ‘Why now?’ Nelson said. “My answer is simply that the opportunity came along at a time when it was convenient. I like being involved in the Greek community. People I’ve interacted with in the past two months have been really supportive of Beta and excited for what we will bring to campus.”

Beta has worked to become heavily involved both on and off campus since its approval, working with Allied Churches of Alamance County and placing second in the Interfraternity Council Greek Week Dance. Elon’s chapter also has a cumulative GPA of 3.41.

“I feel like we have done a good job advertising ourselves on campus,” Nelson said. “We hit the ground running with Greek Week and have tried to be as involved as possible.”

Beta Theta Pi Fraternity was founded in 1839 at Miami University by its eight founding fathers. There are 134 chapters nationwide and more than 200,000 members worldwide.

Though Greek life comes with its critics, Faill is hopeful that Beta Theta Pi will add to Elon’s community in a positive way.

“My hope is that the men truly hold themselves to the Beta standard while advancing the fraternal movement at Elon in our community,” Faill said. “They have an incredible capacity to shift the negative connotation of fraternities on this campus.”