Efforts made to bring Andy Grammer to Elon were unsuccessful 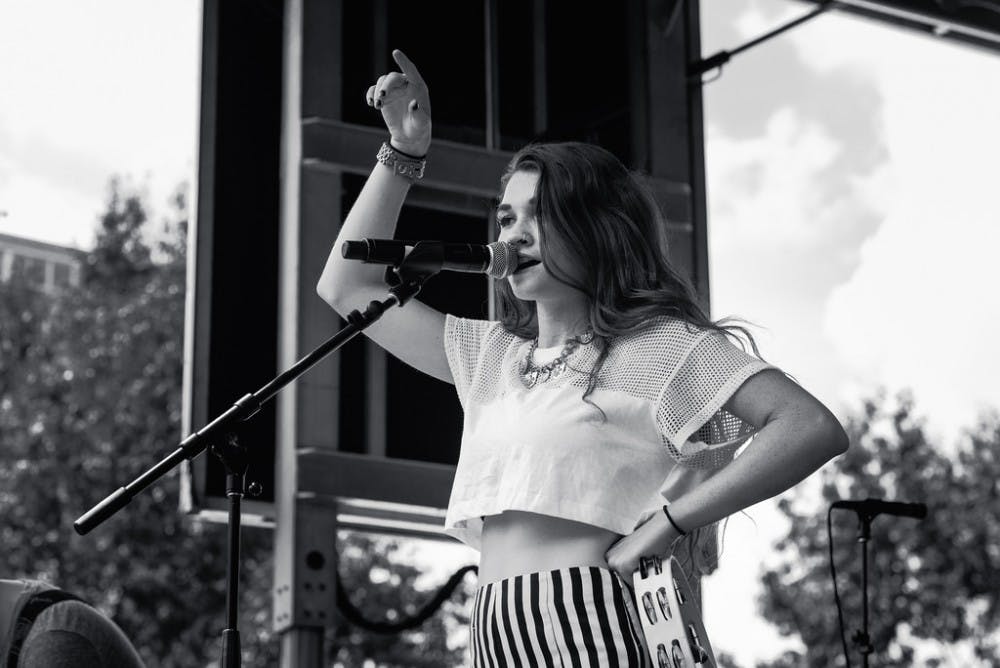 Some of the more well-known songs from MisterWives include "Our Own House" and "Reflections."

"We try to bring people increasing in popularity," said junior Taylor Obzud, SUB Performance Chair. "They're going to tour with Walk the Moon this summer ... It's not the same type of recognition as a Ludacris, but we're very excited."

As MisterWives is becoming more mainstream, its appeal is growing. Freshman Erin McDowell said part of this growth has emerged because pop is a genre that is widely accepted.

“It’s an indie-alternative band, which is the typical college genre,” McDowell said. “A lot of the songs are easy to dance to at parties and stuff, which is how a lot of people listen to music.”

While there are a couple widely recognized songs, some students have never heard of them.

"I have no clue who they are," said senior Stephen Harris. "It would have been cool if they got someone I heard of. I was not really planning on going anyway, so I guess it doesn't really matter. But now I definitely don't want to go because I have no idea who these people are."

More recognizable artists have visited Elon in previous concerts, including Ludacris and B.o.B. Obzud said the performance committee tried to get Andy Grammer to come to Elon for the spring concert after he canceled his appearance for last fall's homecoming concert but the booking costs were much higher after his appearance on "Dancing with the Stars."

"[Bringing back Grammer] was something that we looked into, but his cost increased significantly," Obzud said.

Because of the production costs of putting on the homecoming concert last fall and the tight budget for the upcoming spring concert, Obzud said it would have been difficult to recruit a group or an artist that is more premium. According to Obzud, the cost of bringing MisterWives to campus is approximately $40,000 plus stage and production.

Though MisterWives might not have the widespread recognition of other artists, the group is gaining traction.

“They're one of those bands that are upcoming and they’re mainstream now,” said freshman Jake Kiesler. "They’re probably really hard to book, so shout-out to Elon for booking them.”

All Elon students, faculty, staff and alumni are welcome to attend the concert for free with a valid university-issued ID. SGA is also sponsoring the event.

Editor's Note: An earlier version of this story misrepresented student body sentiment regarding the selection of MisterWives as the performer. It quoted just one student, and framed the narrative around that student's opinion. The story has been updated with more student voices to make it more balanced and fair. The Pendulum regrets the oversight.