UNCW bigs come up big in win over Elon 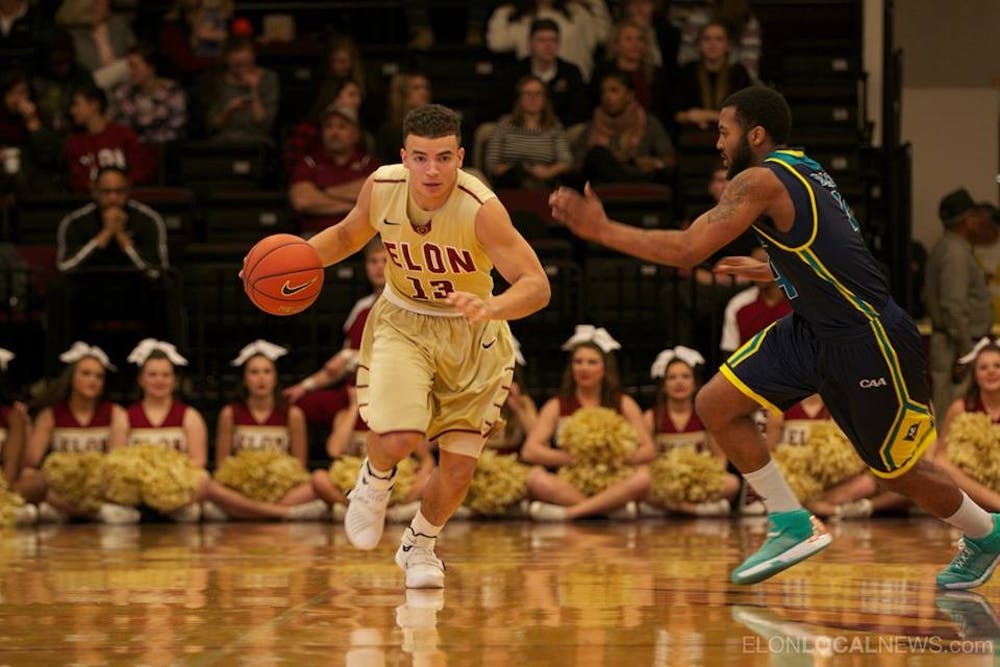 WILMINGTON, NC--According to Elon University men's basketball coach Matt Matheny the Phoenix improved over the course of its contest with UNC Wilmington on Thursday night. But the improvement wasn't enough as the the Seahawks' size and clutch play down the stretch by Jordon Tolley secured an 86-82 UNCW win.

During the last 10:19 of the game Elon cut the Seahawk's lead down to 1-point four times in the second half, but every time UNCW responded with a bucket of its own.

"It's a testament to us not quitting," Elon forward Christian Hairston said. "They got some runs early, but we were able to close the gap towards the end of the first half. We kept it close in the second half, but there's just that one small hill we got to climb. We're looking forward to doing that if we see these guys again."

Jordon Tolley came up big for UNCW down the stretch, scoring eight points in the final three minutes, including going 6-of-6 from the free throw line.

UNCW's size down low was a problem for Elon all night as the Seahawks got 17 offensive rebounds and 15 second-chance points.

"The offensive boards definitely hurt us a little bit," Elon forward Tyler Seibring said. "We just need to compete on the boards."

Matheny thought Elon handled UNCW's pressure defense better than during its 91-82 loss to the Seahawks last month, but said they couldn't get enough stops defensively.

"You've got to get stops in those moments," Matheny said. "There were times I thought, 'if we could've gotten a stop right there.' We just didn't get enough stops."

Talley scored a game-high 19 points for UNCW, including going 11-of-12 from the free throw line. Denzel Ingram and Craig Ponder added in 18 and 13 points respectively.

Seibring tied his season-high with 18 points on 7-of-11 and Luke Eddy added 15 points for the Phoenix.

The victory improves the Seahawks to 19-5, 11-2 Colonial Athletic Association play and extended its win streak to a school-record 10 games. Elon dropped to 14-12 overall, 5-8 in the CAA.