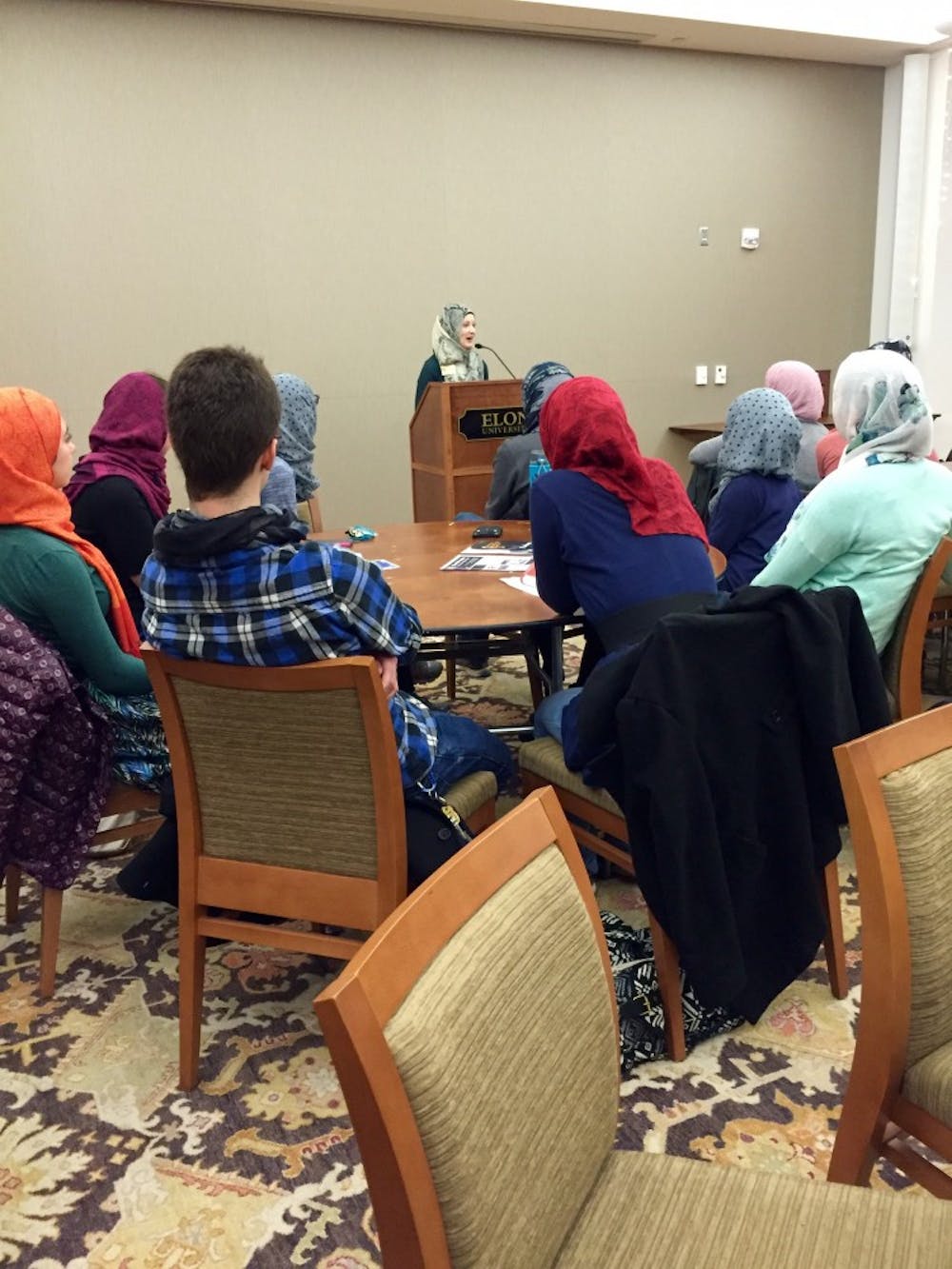 Anna Torres-Zeb, the Muslim Life Coordinator at Elon University, reflects on the month of February.

"It is the one year anniversary of the Chapel Hill Shootings and so there is definitely a moment of pause in the community to think about these topics of Islamophobia, because we know and so many studies show us, life evident shows us that the more we get to know each other then the more these types of things can be prevented."

According to a Pew Research study, knowing a person is correlated to having a positive impression of the religious organization they are a part of. That's what Torres-Zeb is hoping to accomplish with National Hijab day at Elon. She wants to erase fear with education.

"What we are trying to do is to invite people to wear the hijab for a day for however long they wish to in an act of interfaith solidarity and work to normalize difference on campus."

But Torres-Zeb was not the one who came up with the idea of bringing World Hijab Day to Elon. In fact, it wasn't a Muslim at all. Kristina Meyer, a freshman, brought forth the idea based on an event she participated in at her high school.

That's why Meyer was not worried about cultural appropriation or insulting anyone here at Elon by wearing a Hijab.

"I always have that back up of I'm not just doing this on my own and I think that's really when things become cultural appropriation is when you take a tradition that is somehow involved in a certain culture and somehow take it for your own purposes."

And the Muslim community at Elon, a group of about 12 to 15 people were very thankful, including Najah Short, a Muslim student here at Elon University.

"My experience today, it was a beautiful one because of a small incident. I was walking from work and as I was on my way to visit my friend. I saw a young lady in the distance wearing a hijab and as I got closer I started to feel. It was a refreshing feeling because it was the first time I saw someone wear it and grant it she may or may not have been Muslim but the fact that she was wearing a hijab to me was so comforting because for me it provided a brief moment of solidarity."

Torres-Zeb said the fact that people are thinking of cultural appropriation shows consideration and that is appreciated. She also made it clear that she does not represent the entire Muslim community, but understands she is a representative.

"My words are very representative of what I see on social media from Muslims, my age, my generation, of older generations contrary to these things in society," she said. "And that way I feel my voice can represent different voices, but I also leave a lot of room for people who add their own voice because their ways and their experiences are also very important"

Despite her efforts though, Torres-Zeb knows she cannot control everyone's actions.

She recalled a particularly striking experience she felt at her first football game. She said a women stopped her in front of the concessions stand and called her ISIS, a terrorist group with ties to Islamic extremism in the Middle East. Yet, it is not the big, outlandish events that cause Torres-Zeb pause, but rather the microagressions she receives on a daily and weekly basis.

"I use the example of being in Target and walking by an aisle with a women and the women pulled her child away with the look of fear in her eyes. It's kind of the small things that happen daily or weekly and experiencing it can be very exhausting," she said.

It's the microagressions dealing with Islamophobia that Torres-Zeb wants to stop through education and eradicating fear through normalizing the sight of hijab on campus and in the community and the conversation continues on Friday March 26 with the Hijabi Monologues were American Muslim women are going to share their stories.