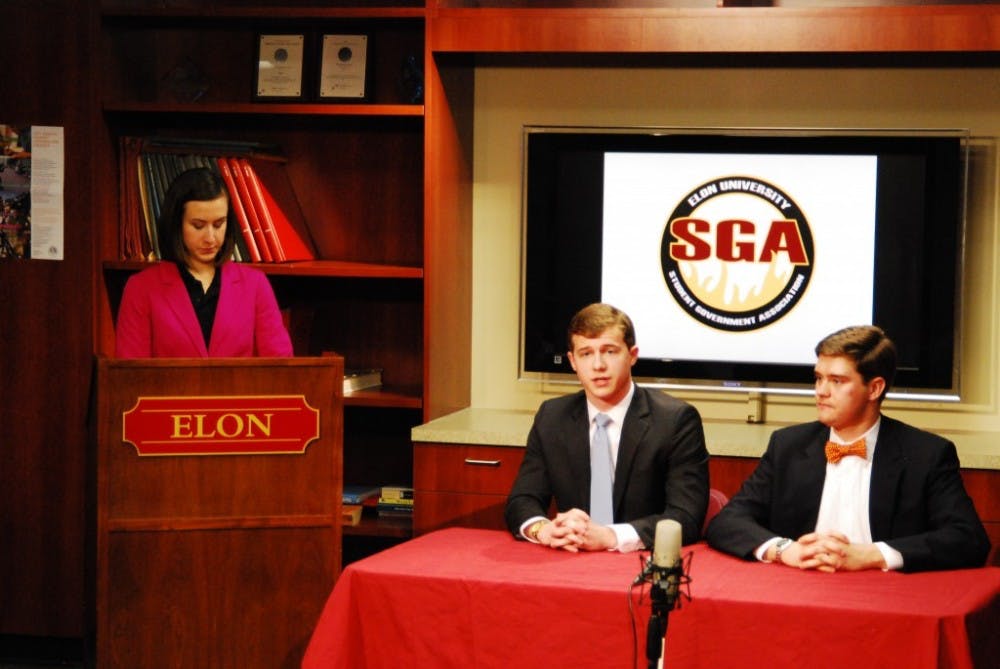 Elon University's SGA rejected an amendment Thursday night to remove the "so help me God," clause from the Constitution. File photo by Caroline Olney.

Elon University's SGA rejected an amendment to its Constitution Thursday night which called for the removal of the optional "so help me God" clause.

Because amendments require a two-thirds majority from eligible voting members and the final count ended in a tie, the amendment failed to pass. Of the 46 total voters, 23 students voted to keep the "so help me God" clause in the Constitution, 22 voted to remove the clause and one abstained — abstaining results in a negative vote.

Senior Hannah Orth said she was disappointed with the decision to keep the clause in the SGA Constitution because it makes some students feel uncomfortable and forced to share their religious beliefs.

"I am not in favor of the 'so help me God' clause in the Constitution because it is not inclusive of everyone," Orth said. "While it does include a large population that tends to be the majority, it isn't taking into account a lot of the other religions that exist."

All elected members of SGA are required to take an oath of office prior to assuming their positions, according to Article IX Section F of the Constitution. At the end of the oath, it is optional for elected students to say, "so help me God."

Debate over the proposed amendment proved to be an arduous process. With two separate motions for open, 10-minute discussions followed by a one-hour motion for discussion, SGA members expressed a plethora of opinions on the subject.

While some argued the phrase made newly-elected members uncomfortable, others said students shouldn't be uncomfortable since they are not required to say, "so help me God."

Though the amendment did not pass, it will be discussed at greater length through Senate by-law proceedings.