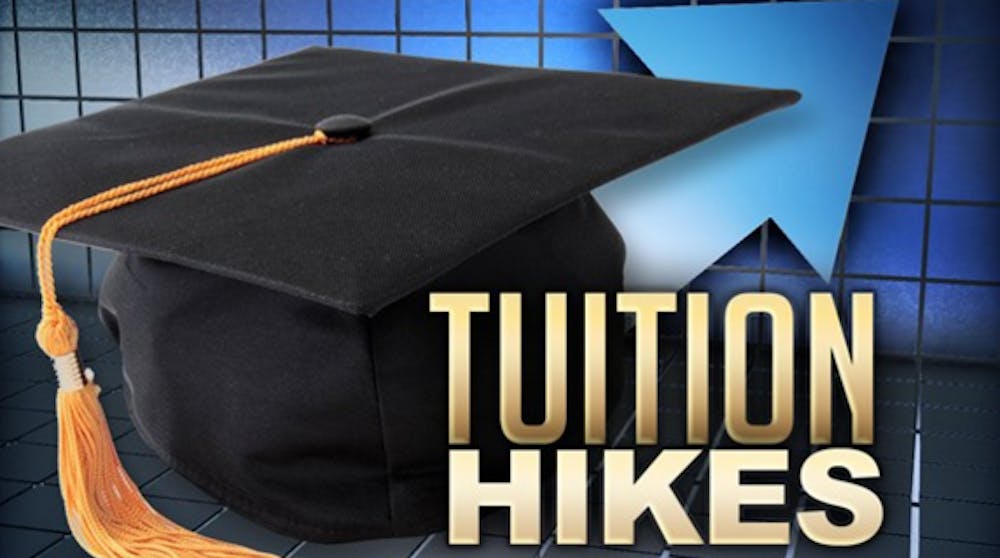 Undergraduate tuition will increase by 2.87 percent, a total of $912. With an increase of $517 in room and board and fees, the total cost increase is 3.31 percent. This is the second smallest increase in "at least" 27 years, according to an email from President Lambert to faculty and staff.

There is a target of 1,525 first-year students for the class of 2020. This number increases annually, due to the number of students who are studying abroad for a semester maintaining a stable on-campus population, according to the email.

There is set to be a 7.1 percent increase in financial aid. President Lambert says this will provide addition funds for need-based scholarships, support for Pell Grant-eligible students and increases in scholarships across the university.

Also including in the 2016-17 fiscal year budget is funding for Elon's Writing Excellence Initiative, and the first year of a new campus-wide technology plan.

According to President Lambert, there is also more than $325,000 included in the budget for general curriculum and academic program improvements.

In terms of staffing changes, there is set to be an addition of nine full-time faculty, maintaining the 12-to-1 student faculty ratio. There will also be an addition of 15 new staff members and five physical plant positions to adjust to the expanding campus.

There is a 2 percent increase in the salary pool for university employees, along with an investment of $700,000 to fund university increases in health insurance costs.

President Lambert said, "I am inspired every day by the efforts that all faculty and staff members contribute to further Elon's position as the premier student-centered learning environment."