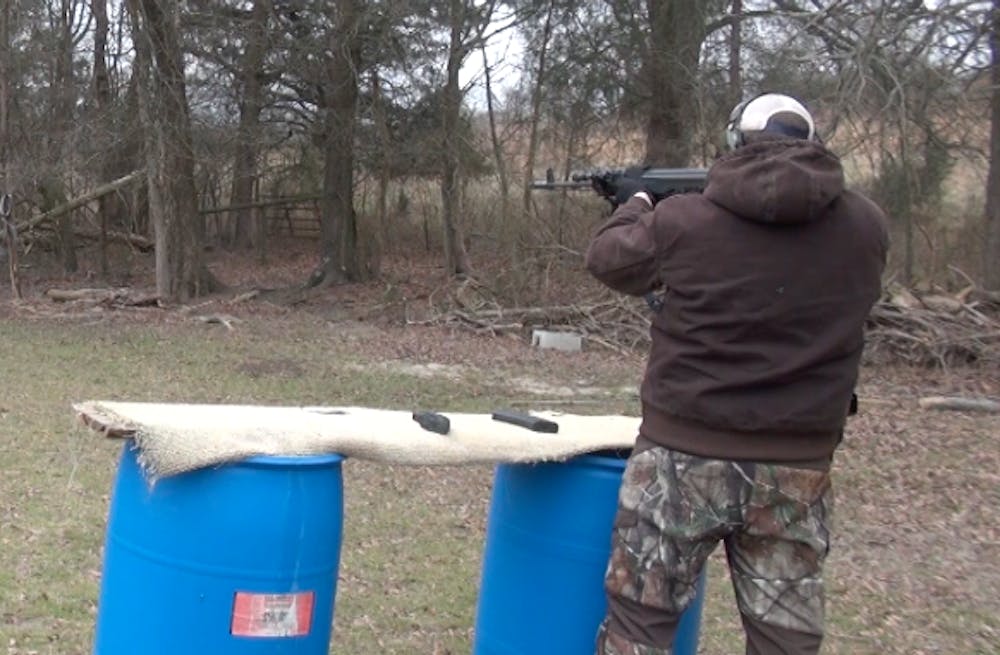 Elon self-defense instructor Jason Thomas had a career as a cage fighter, but an injury ended his days in the ring.

"Unfortunately eight years ago I damaged my neck pretty severely," Thomas said. "I have four herniated disks in my neck and the doctors told me I was done fighting."

With his fighting days over, Thomas turned to coaching, teaching students martial arts and self-defense at Elon University and his own studio.

But while he says he always knew how to take care of himself, becoming a father caused Thomas to think about getting guns to protect himself and his family.

"As a dad, more than anything, it's convinced me that I need to do what a man needs to do," he said. "I need to show my kids how to guard and I need to show them how to take care of themselves, how to handle a weapon if need be. That part really made me step up rather than being a martial artist or anything else."

Thomas says his two kids, Noah, 9, and Allison, 7, both know not to go near the gun cabinet, but also know how to shoot small caliber weapons in an emergency. On the suggestion of a friend, Thomas filled up milk cartons, took his kids his personal gun range and had his kids shoot them.

"Seeing the cartons explode showed them that guns are dangerous," he said. "Yes, they can be fun, but they are meant for one thing."

As a self-defense instructor at Elon he also realizes that sometimes using physical means isn't enough to protect yourself, so he also invites his students to his gun range in Graham for lessons.

"Its really important that people at least understand guns," he said. "Even if they don't like them or plan on carrying them."

And, he said if someone plans on owning a gun, it is important to get proper training from someone who knows what they're doing.

"You need to have someone experienced teach you or you could go out do something you really don't mean to do," Thomas said.