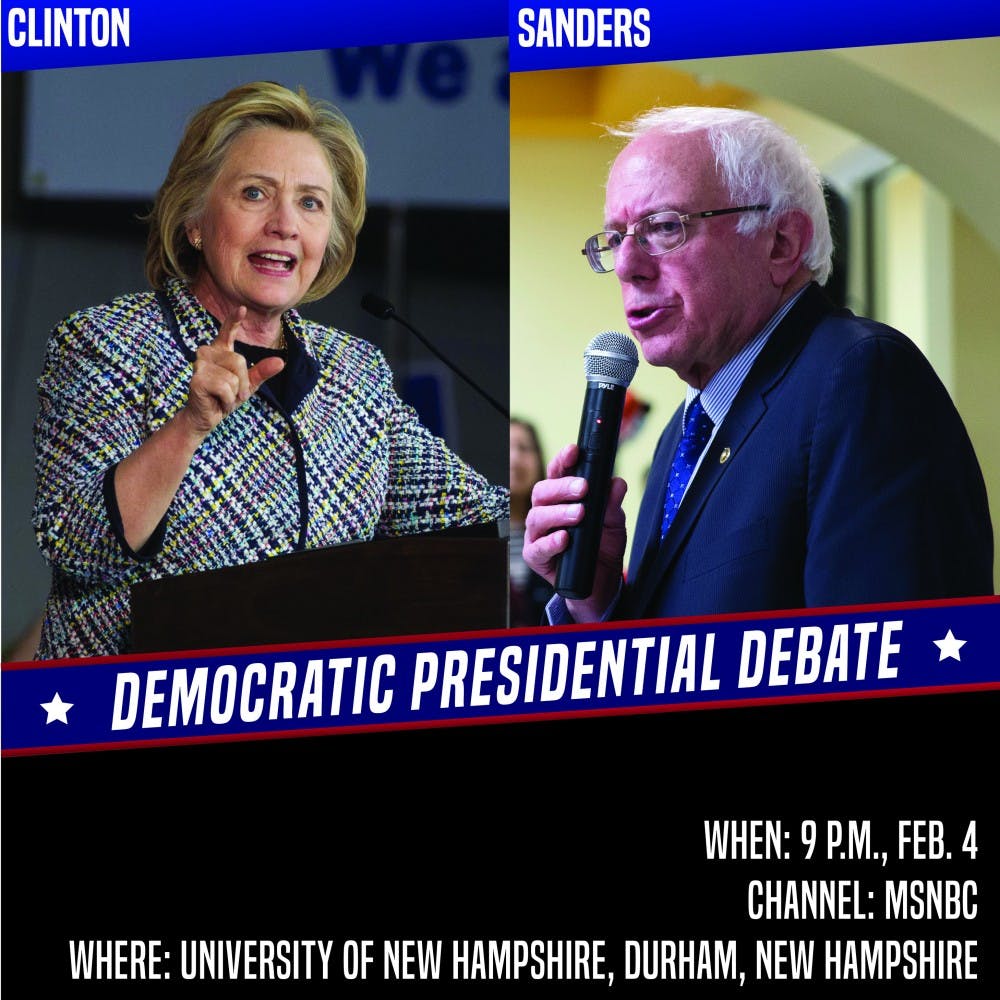 Education and campaign finance dominated the discussion at the debate, as Clinton and Sanders discussed why they would be best fit to serve as president.

Throughout the course of the Feb. 4 debate, Sanders suggested Clinton’s close ties to Wall Street and wealthy campaign contributors would affect her decision-making.

Sanders cited that she was a part of the Democratic Party’s establishment because she accepted $15 million from a Super PAC last quarter. In response, Clinton said she’s seen several negative campaign advertisements against her funded by Wall Street executives.

Clinton then explained how she went on speaking circuits and warned Wall Street before the crash that it needed to get its act together. Perhaps the most contentious moment in the debate occurred when Clinton said Sanders’ accusatory innuendos were invalid.

“I think it’s time to end the very artful smear that you and your campaign have been carrying out in recent weeks,” Clinton said. “Let’s talk about the issues that divide us.”

Education was among the more salient issues discussed during the debate.

Sanders said he would create free tuition at public colleges and universities through a tax on Wall Street speculation. Clinton argued Sanders’ plan was not economically feasible and would not pass with a Republican majority in Congress.

“The numbers just don’t add up from what Senator Sanders has been proposing,” Clinton said. “That’s why all of the independent experts, all of the editorial boards that have vetted both of us have concluded that it’s just not achievable.”

Clinton reflected on her experiences as Secretary of State in advising President Barack Obama and working with nations through peaceful negotiations.

“When it comes to judgment, having run a hard race against Senator Obama at the time, he turned to me to be Secretary of State,” Clinton said. “When it comes to the biggest counterterrorism issues that we face in this administration — mainly or not whether to go after Bin Laden — I was at that table.”

Sanders argued he has better leadership qualities than Clinton even though he lacks as much foreign policy experience.

“I fully, fully concede that Secretary Clinton — who was Secretary of State for four years — has more experience,” Sanders said. “That is not arguable in foreign affairs. But experience is not the only point. Judgment is.”

That same issue came up at the town hall, which Anderson Cooper hosted on CNN.

Like Sanders, audience members questioned how Clinton would implement her policies as a Democratic candidate in a Republican-controlled Congress.

Clinton said she has had a lot of experience in dealing with political opponents. But she did not hesitate to criticize the Republican Party. Clinton said that Republican candidates are informed but run the risk of being corrupted by wealthy contributors like the Koch brothers.

Clinton did admit that she has done endorsements herself, including being paid $675,000 by Goldman Sachs to serve as a guest speaker, but she said this was not an uncommon practice from previous people who have served as Secretary of State.

On the topic of taking on Clinton, Sanders stated he would never and has never run a negative advertisement. But he did question how effective Clinton could be as president if she continues receiving campaign contributions from wealthier donors.

“I do not know any progressive who has a Super PAC and pegs $15 million from Wall Street,” Sanders said.

One of the more notable moments of the Feb. 3 event occurred when voter Chris Brownell asked Sanders if raising taxes would hurt the middle class. Sanders responded by arguing that these higher taxes would replace the costs of healthcare and ultimately help the middle class offset his proposed tax increases.

“I believe that healthcare is a right to all people,” Sanders said.

With the conclusion of the New Hampshire primaries, Clinton and Sanders will direct their attention to battleground states, such as Nevada and South Carolina.