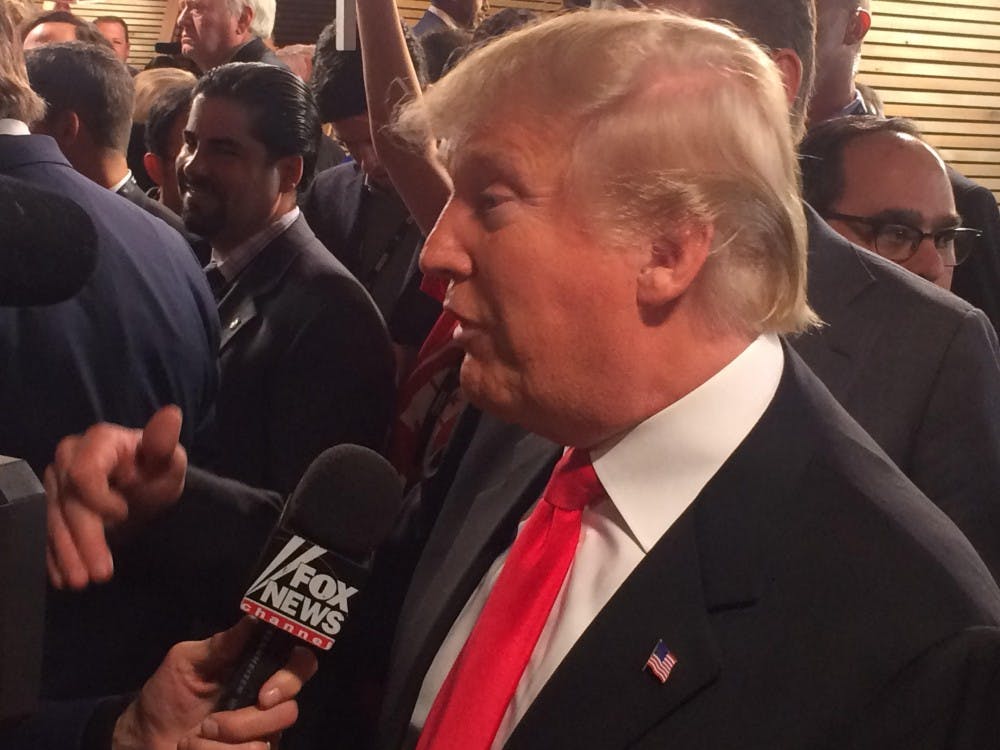 GREENVILLE, S.C. — With policy discussion lacking in Saturday’s Republican presidential debate, the most issue-driven exchange came at the start in the wake of Justice Antonin Scalia’s death announced earlier that afternoon.

Debate moderator and “Face the Nation” host John Dickerson asked the candidates whether the decision to appoint a new justice should be left to President Barack Obama. They overwhelmingly agreed the next president should appoint the next justice. The candidates — notably Sen. Ted Cruz (R-Texas), who was fact-checked by Dickerson during the debate — even insinuated there’s a precedent for waiting.

“I do not believe the president should appoint someone,” said Sen. Marco Rubio (R-Fla.). “And it’s not unprecedented. In fact, it has been over 80 years since a lame duck president has appointed a Supreme Court justice.”

Obama isn’t a lame duck, though. That terminology is reserved for when someone’s successor has already been chosen.

Though businessman and front-runner Donald Trump said he would not want Obama to appoint a new justice, he recognized the likelihood it will happen in the near future. Trump did say the Senate should work as hard as possible to hold off any appointment confirmation until a new president is elected.

“Obama’s going to do it whether I’m okay with it or not,” Trump said. “It’s up to [Senate Majority Leader] Mitch McConnell to stop it. It’s called delay, delay, delay.”

The issue of appointing Scalia’s successor was about the only subject the candidates agreed on.

From the early stages of the debate, Trump criticized the Bush family’s inability to provide leadership in the White House. Trump argued President George W. Bush openly lied to the public, igniting a pointless war in Iraq.

Bush, who has branded himself as a politician optimistic about the nation’s future, responded in a harsher tone than usual to Trump’s remarks.

“I’m sick and tired of him going after my family,” Jeb Bush said. “While Donald Trump was building a reality TV show, my brother was building a security apparatus to keep us safe.”

The attacks left Ohio Gov. John Kasich frustrated with the lack of substantive discussion. Kasich, who is surging in national polls after finishing second in the New Hampshire primaries, asked for more positivity and an opportunity to discuss the serious issues confronting U.S. voters.

“I’ve got to tell you, this is just crazy, huh?” Kasich asked.

As the debate progressed, Trump and Bush resumed their hostile attacks.

When Trump criticized Bush for using his mother Barbara in television ads, Bush replied his mother is the strongest person he has ever known.

“She should be running,” Trump replied.

But Bush and Trump weren’t the only candidates to engage in heated discussion.

Toward the middle of the debate, Cruz attacked Rubio for his weak stance on immigration and for working with the Democratic Party in the Senate to further its political agenda. The bill offered a pathway to citizenship for undocumented immigrants who were in the United States before Dec. 31, 2011, leading Cruz to allege Rubio supports amnesty.

“Marco has a long record when it comes to amnesty,” Cruz said. “In the state of Florida, as Speaker of the House, he supported in-state tuition for illegal immigrants. In addition to that, Marco went on Univision [speaking] in Spanish and said he would not rescind President Obama’s illegal executive amnesty on his first day in office.”

Rubio, who helped draft the 2013 Comprehensive Immigration Reform (CIR) bill that is commonly referred to as the Gang of Eight bill, defended himself as a strong candidate on immigration reform. Rubio responded that Cruz’s lack of Spanish-speaking skills would make it impossible for him to understand what was said on Univision. Cruz then interrupted Rubio in Spanish, telling him to continue talking if he so desired.

Meanwhile, more passive candidates on stage like Kasich and retired neurosurgeon Ben Carson struggled to get a word in edgewise.

In the early stages of the night, Carson joked he got to answer two questions before the first commercial break.

“Thanks for including me in the debate,” Carson said. “Two questions already? This is great.”

One of the more vocal moments of the night involving Carson occurred when Rubio chastised Cruz’s Iowa volunteers for making fraudulent claims that Carson would withdraw from the race.

“For a number of weeks now, Ted Cruz has just been telling lies,” Rubio said. “He lied about Ben Carson in Iowa.”

While personal attacks dominated the debate, there was some brief discussion of policy during and after the debate.

Bush claimed he empowered Florida during his time as governor to achieve economic stability.

“We led the nation in job growth seven out of eight years,” Bush said. “When I left, there was $9 billion of reserves, 35 percent of general revenue. No state came close to that.”

Tax reform also proved to be a major issue expressed by some of the candidates.

Cruz said he would repeal the Affordable Care Act — commonly referred to as Obamacare — immediately if he were sworn into office. He would then install a simplified tax code.

“Passing a simple flat tax that abolishes the IRS is not going to be easy, but if we stand with the American people, we can do it,” Cruz said.

Rather than outline specifics on his plan, Carson redirected viewers to his website, BenCarson.com, for detailed information about how he would deal with the corporate tax rate.

Trump said he would utilize Congress’ taxation powers to punish companies like Ford that are moving overseas to Mexico.

“I would build consensus with Congress, and Congress would agree with me,” Trump said.

As the race for the Republican Party nomination continues, the remaining candidates will prepare for their next debate Feb. 25 in Houston. Before the next debate, South Carolina and Nevada voters will cast ballots Feb. 20 and Feb. 23, respectively.