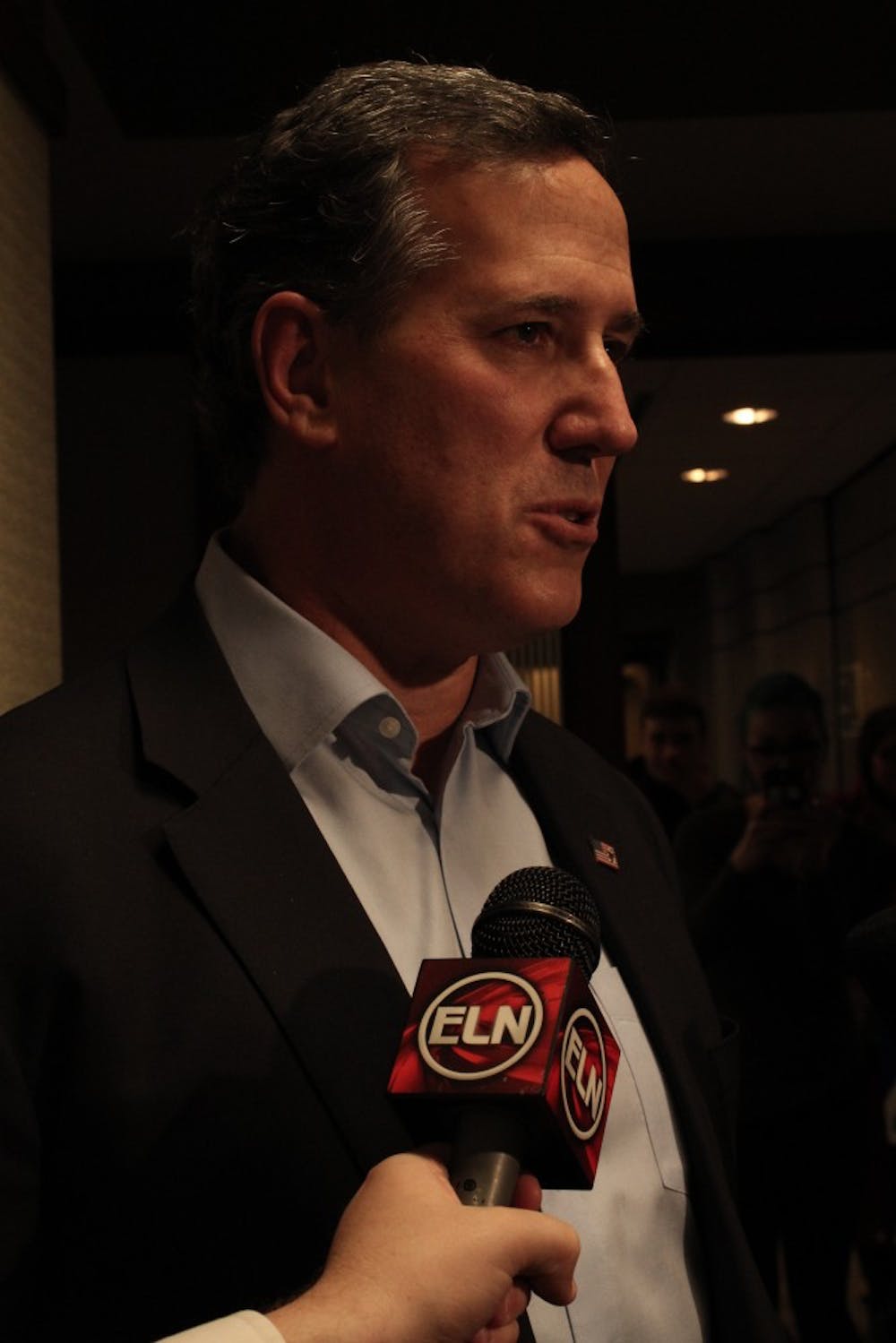 Governor Jeb Bush began his day at the Machine Shed Restaurant, speaking at a meeting of the Westside Conservatives Club over pancakes and coffee, a popular stop for GOP presidential candidates.

"America is better" than Donald Trump, Bush said to a standing-room only crowd. "Donald Trump is not a conservative. He's an entertainer.

Bush mentioned how he was one of the only candidates pushing back against current frontrunner Donald Trump. "Everybody else is in the witness protection program," said Bush. "I'm the only guy that wants to defend the conservative cause against a guy who's not a conservative."

Bush went on to focus on his conservatism and electability throughout his speech, ignoring a recent NBC News/Wall Street Journal poll that put him outside of the top five in Iowa, and fifth in New Hampshire behind Trump, Rubio, Christie and Cruz.

Across town in Downtown Des Moines, Rick Santorum held a lunchtime Meet & Greet at BrownWinick law firm. More than 40 people packed a conference room to hear Santorum and his daughter, Elizabeth, speak. Most of the audience were students on a class trip from Manchester University in Fort Wayne, Indiana.

In a post-event gaggle with members of the media, Rick Santorum says Sen. Ted Cruz is "misinforming the public" by saying "natural born" issue is "settled law." Tells ELN Supreme Court must rule.

Sen. Ted Cruz's eligibility to run for President is raising questions because of differing interpretations of the constitutional requirement that American presidents must be natural born citizens.

Gov. Bush and Sen. Santorum are set to attend the Fox Business Republican Debate in in Charleston, S.C. Thursday. Gov. Bush was selected as part of the "main debate," while Rand Paul, Carly Fiorina, Mike Huckabee and Rick Santorum make up the secondary debate.