Link to serve Alamance Community College, Burlington and Gibsonville; Bus schedules and routes to be announced in the spring 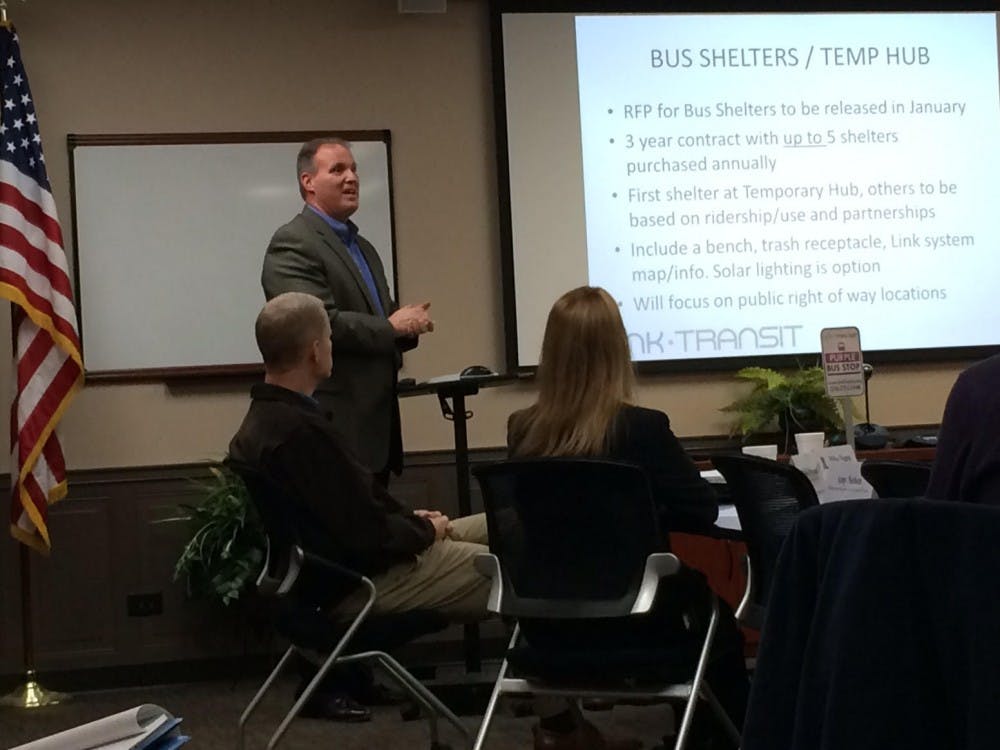 "What we try to do is to coordinate and communicate with all of our communities in the area," Nunn said. "There's over 10 different communities that are all so tightly connected that we want to talk to everyone and see if they were interested before we even began doing planning for routes."

Public transportation has been a major issue the past several decades in Alamance County. Elon University helped address the issue when it added the downtown service loop in 2010.

"This route was originally created to provide Elon students with transportation to and from community agencies where students engage in curricular and co-curricular service-learning opportunities," said Tammy Cobb, assistant director for community partnerships. "However, it has become increasingly popular among Burlington residents."

The university's Downtown/East Burlington loop is used today equally by both students and local residents, according to Cobb. But the loop has a limited reach as it makes only nine stops and runs weekdays between 2:30-6:30 p.m.

Cobb noted the route serves an important purpose despite the limited hours.

"Since the BioBus is the only free public transportation in Alamance County, it is particularly important for community members who are unable to afford any other means of transportation."

Though the downtown service loop supports local residents by getting them to and from different destinations, it has a limited impact for the county as a whole.

Nunn recognized the need for increased access but struggled to secure support from local communities because of the high start-up costs.

"It's an expense and it's something everybody took very seriously," he said. "Towards the end, Burlington and Gibsonville just decided it was time to go ahead and move forward to get something started. Those two partners began working about three or four years ago talking more about specifics."

With support from Burlington and Gibsonville, Link continued to make progress on developing a public transportation system. Link is now in the process of purchasing the necessary equipment for the summer.

Seven light transit vehicles were ordered in December 2015 for $152,302 each — a slim 1.5 percent increase from its $150,000 goal. Link is now looking to source bid requests locally for artwork using preapproved graphics.

While much has been done within the past decade, there are still several finishing touches to be made within the next several months.

A marketing campaign recently began in an effort to educate local residents about the summer launch. Print ads are scheduled to emerge in the Burlington Times-News and in the Alamance News this month along with radio spots. A billboard has also gone up on Graham Hopedale Road.

"It's brand new to folks and we want them to understand what Link Transit is and then how to use it," Nunn said.

He also noted several of the questions people have pertain to scheduling times and bus routes. Those behind the transport system have yet to finalize a specific bus route. Nunn expects finalized schedules and maps to be released during the spring.

"We have our general routes determined, but I think once we have specific bus stops and bus times, that's when everybody's going to want a copy of the system map or check out the website," he said.

Although a completed schedule has yet to be released, several important details have been finalized.

Link Transit buses will run Monday through Friday from 5:30 a.m. to 6:30 p.m. They will not operate on Saturdays, Sundays or holidays. When buses begin serving passengers in the summer, Link will evaluate the demand for expanding hours into the weekends and holidays.

Fares have also been determined. Regular fares will cost $1 per ride. Some people are eligible for discounts, including those who are disabled, seniors (60 years or older), students or Medicare card holders. There will, however, be unique payment options Nunn said first-time riders should be aware of.

Fares must be paid with exact change, a Link Bus Pass or a Transfer Pass. Because drivers won't carry change, Nunn encourages riders to become prepared. Riders who do not have exact change must buy a pass with the currency they have available.

The card system is still in the development phase as they is working with the Piedmont Authority for Regional Transportation (PART) to create an all-in-one card in where one card will work for accessing both a Link and PART bus.

Nunn hopes he can have one uniform card work outside of Alamance County as well.

"We know we can have one card for PART and for Link but we're trying to make it where that card can work in Greensboro, Winston and High Point and even possibly Triangle Transit," he said.

Nunn said a lot of interest about Link has come from people looking for employment but wanted to inform the general public that Link does not oversee the application process.

"I get a lot of phone calls," he said. "The city is not hiring folks for this service. It will be a private service provider and they won't be on board until March or April. So that's when the jobs will be available."