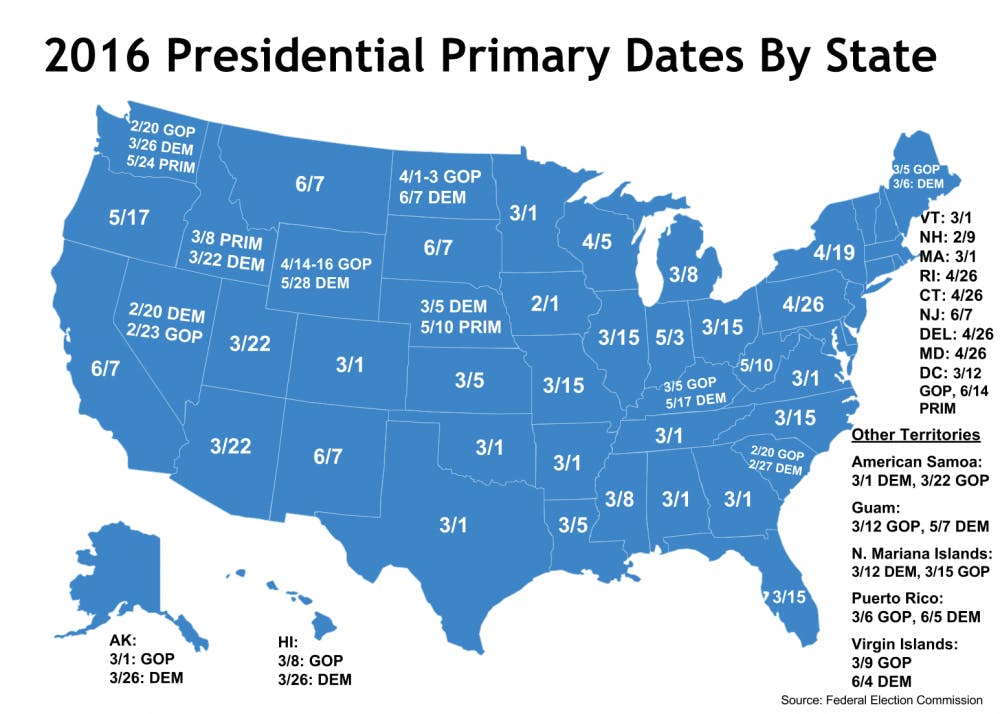 
The North Carolina primaries will be held Tuesday, March 15.

With the election year underway, presidential hopefuls are looking to garner support in states with early primaries, such as Iowa and New Hampshire. The Iowa caucuses take place Monday, Feb. 1. while the New Hampshire primaries take place Tuesday, Feb. 9.

"Although New Hampshire and Iowa are not typical states, — they're generally not as ethnically diverse as say North Carolina or the average U.S. state — they are still important in that they're the first sort of gauge of the electoral process," Fernandez said.

While North Carolina primaries are a little more than two months away, political campaigning has been active in the Tar Heel state.

Perhaps the most important events for local voters will take place next week in Charleston, South Carolina.

"Debates can have a pretty important effect depending on if there seems to be a clear winner or a clear loser," Fernandez said. "That can really create a response from the electorate."