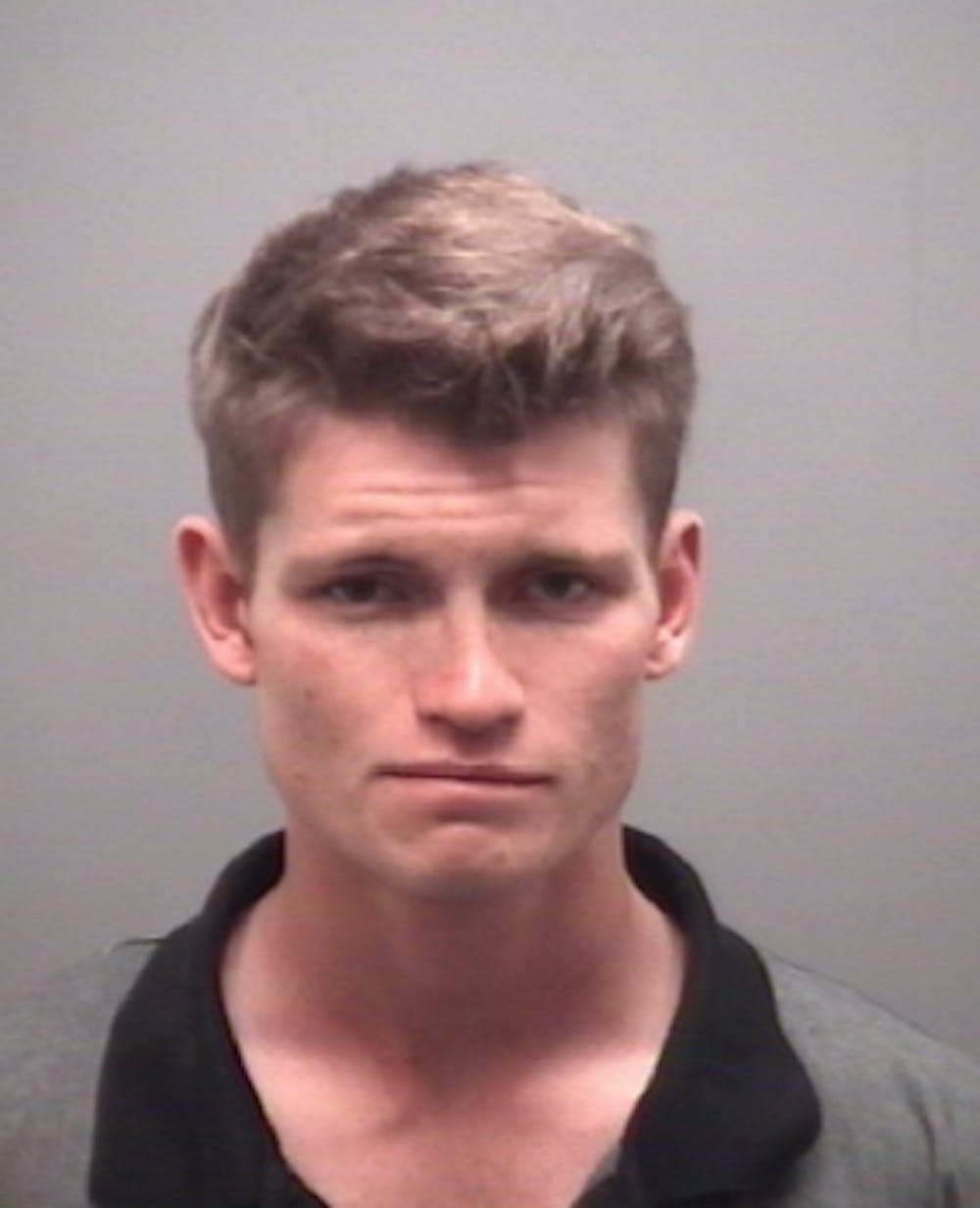 The Town of Elon police department answered a call on Saturday night at approximately 1:40 a.m. for a reported physical assault near Elon's campus. The two officers, Officer Rice and Officer Phillips, made contact with Tyler Goddard, 22, who was bleeding from his finger. Goddard then proceeded to tell officers that his roommate, Thomas J. O'Hara assaulted him and bit his finger.

O'Hara, who was standing outside the apartment, was identified by Goddard's girlfriend. Officers stated in their police report that when they contacted O'Hara, he appeared to be heavily intoxicated. When the officer asked if he had bit Goddard's finger, O'Hara answered by saying "let me explain." When asked again, he answered yes.

According to the police report, O'Hara initially stated that he walked in to his residence and Goddard attacked him by putting him into a chokehold. O'Hara then bit his finger to get out of the chokehold. He also stated that he had been locked out of his residence and the door was answered by Goddard who choked him on the porch and threatened him.

According to the police report, Goddard said that he was asleep when he heard a hammering noise coming from the front door. Goddard then went to answer the door where he said he found O'Hara extremely intoxicated. The police report then continued saying that O'Hara was "fixing" the broken door frame by hammering at it with a hammer. Goddard then asked O'Hara what he was doing and O'Hara became violent, pushing Goddard against a wall and striking him in the head. It was noted in the police report that Goddard had an apparent knot over his right eye. Goddard then put O'Hara in a chokehold to calm him down which led to O'Hara biting Goddard's thumb on his right hand. Goddard then screamed but O'Hara did not let go right away. Eventually Goddard separated himself and called 911. Goddard's girlfriend, who was also on the scene, agreed with Goddard's statement.

After statements were taken by both parties, Goddard stated that he did not wish to press charges against his roommate. The officers released O'Hara from the handcuffs and advised O'Hara to "go straight to sleep without saying a word to Goddard until a later time when he was sober."

As the officers were about to clear the scene, Goddard came back outside stating that he changed his mind and did want to press charges. The officers then went back into the residence and arrested O'Hara for simple assault with minor injuries.

It was stated in the police report that O'Hara continually asked the officers if they could take him back to his apartment and if he could talk to his roommate about pressing charges.

O'Hara was transported to the Alamance County Jail and placed under a $2,500 bond.