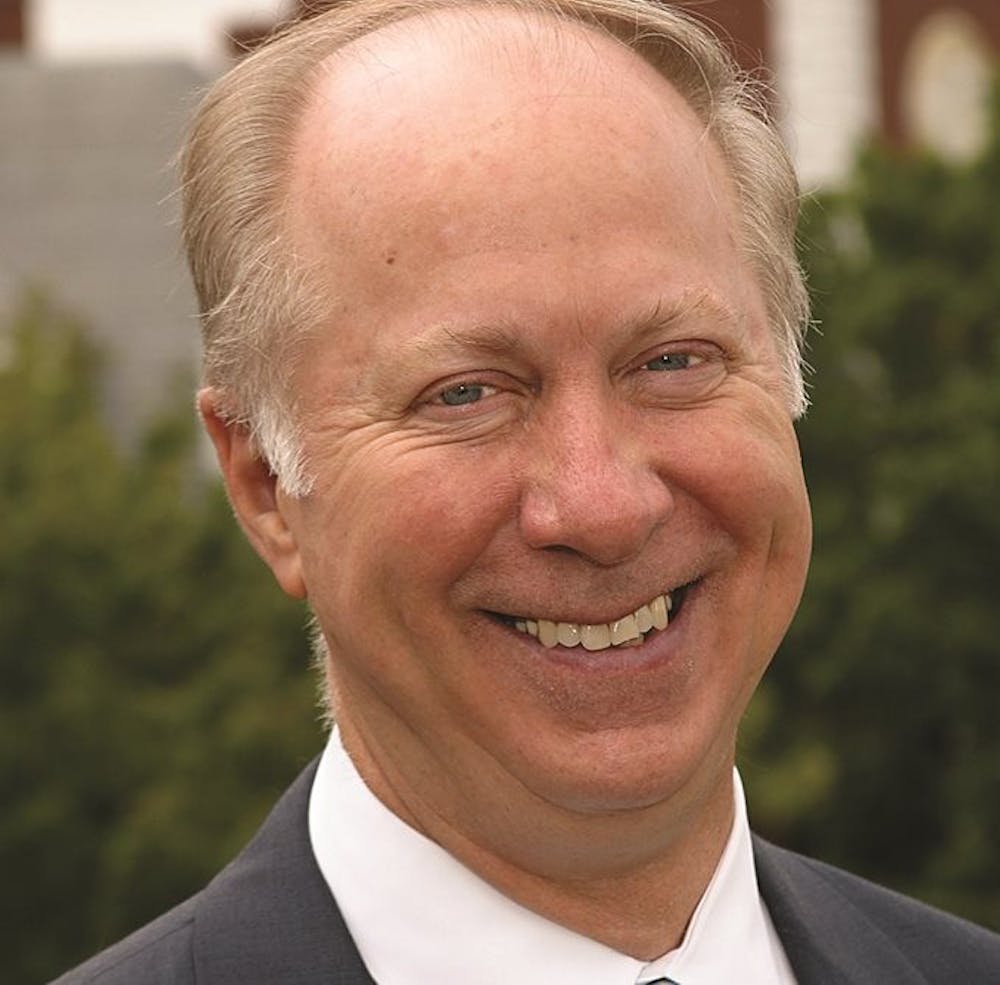 Gergen is set to deliver Elon's 2016 Commencement address in front of Alamance building on May 21, 2016. (Photo: University Communications)

Since 2013, Elon has chosen a parent of a student in the graduating class to give the commencement address. While Gergen is not an Elon parent or graduate, he is considered a longtime friend of the University.

Gergen played a role in the planning and establishment of Elon University's School of Law, where he received a honorary degree in 2009. He also played a leading role in the creation of the school's National Advisory Board, and serves as the board's founding chair.

Throughout Gergen's career, he has been White House confidante to presidents Nixon, Ford, Reagan and Clinton. His book, Eyewitness to Power: The Essence of Leadership, Nixon to Clinton, captures those experiences, and was a New York Times best-seller.

He is a former Editor of U.S. News and World Report, and a contributor to CNN.com and Parade Magazine. He has been a member of election coverage teams that won Peabody awards, in 1988 and 2008. Gergen is a member of the D.C. Bar, a veteran of the U.S. Navy, a member of the Council on Foreign Relations and a member of the U.S. executive committee for the Trilateral Commission.

Gergen is a native of Durham, N.C.

Commencement for the class of 2016 is scheduled for Saturday, May 21 at 9:15 a.m. in front of Alamance building. For more information about Commencement week activities, visit www.elon.edu/commencement.