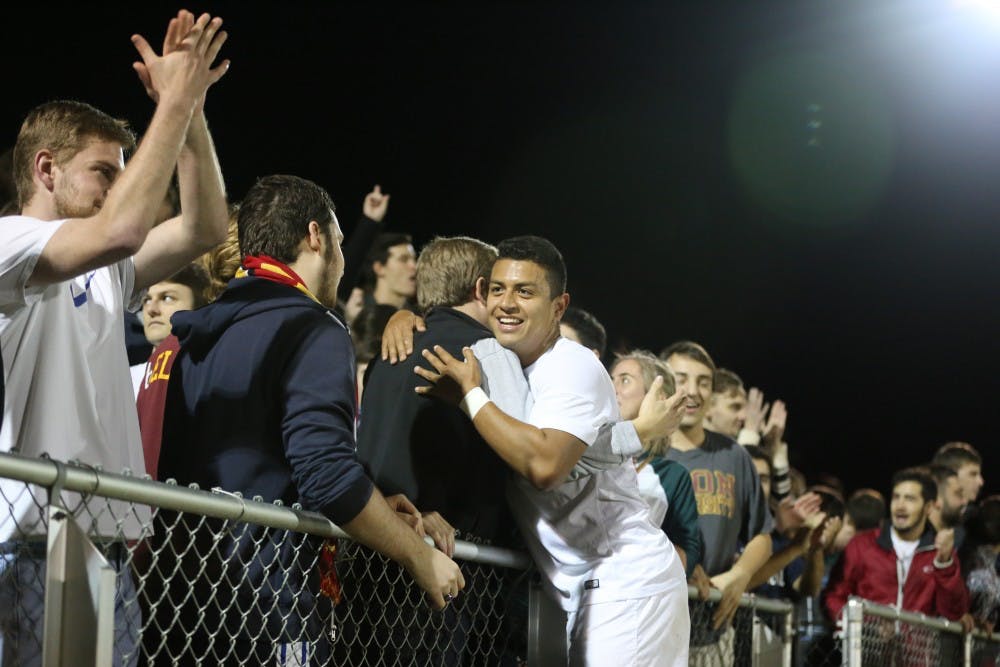 The Elon University men's soccer team racked up the goals in a big 3-0 win over Winthrop on Thursday night in the first round of the NCAA Soccer Championship.

The win was an emphatic way to snap a streak in which the Phoenix had lost four of its last five games, and sets up Elon to play Clemson in the second round of the tournament on Sunday evening.

After a back and forth contest for most of the first half, Elon senior James Brace opened the scoring by sliding into a Jaiden Fortune cross from the right wing and pushing the ball past the keeper.

"When you can go into halftime in the lead, that always helps," Brace said. "It was definitely a mentality of let's get out after it. That goal helped us assert our authority early [in the half]."

And the Phoenix got out after it, pushing the pace through much of the second half and using a string of counterattacks to open up Winthrop's physical defense.

Senior Eduardo Alvarez doubled the Elon lead in the 79th minute, collecting a pass from freshman Amir Berkane just outside the 18-yard box and curling it off of the right upright. The display sent the more than 2,400 fans in attendance into a frenzy and Alvarez showed his appreciation, going up on the ledge of the stands to acknowledge their cheers.

Elon senior Cooper Vandermaas-Peeler put away all doubt in the 86th minute, controlling a ball from fellow senior Caue Da Silva, avoiding a Winthrop defender and the goalkeeper before tapping the ball in from about 10 yards out to seal win.

"If the counter is on, we're going to look for the counter," Alvarez said. "It speaks well to our team because we can keep the ball, but if we're defending well, we can look to counter as well."

But it wasn't all offense for the Phoenix. Redshirt freshman keeper Matt Jegier had a career-high seven saves and earned just about each of them. Right out of the gate in the second half Jegier was called into action, making two athletic diving saves in the 50th and 52nd minute, including sprawling all out to push a shot from Winthrop's Marco Gatzke over the bar.

Ten minutes later he was at it again, recording two diving saves in a matter of two minutes and keeping the Phoenix up by the slim 1-0 margin.

"There was the period where they were on the front foot, but we knew that was going to happen," Jegier said. "It's the second half, they're one-nil down, they're going to fight back, but that's just s key moment in the game, and we knew that coming in, we knew that we had to manage the key moments."

The Phoenix travels to number two overall seed Clemson on Sunday at 6 p.m. Elon advanced past the Tigers in the first round of the NCAA Men's Soccer Championship in 2013 in a shootout victory at Rudd Field.