Redbud Farm: one of many struggling N.C. farms 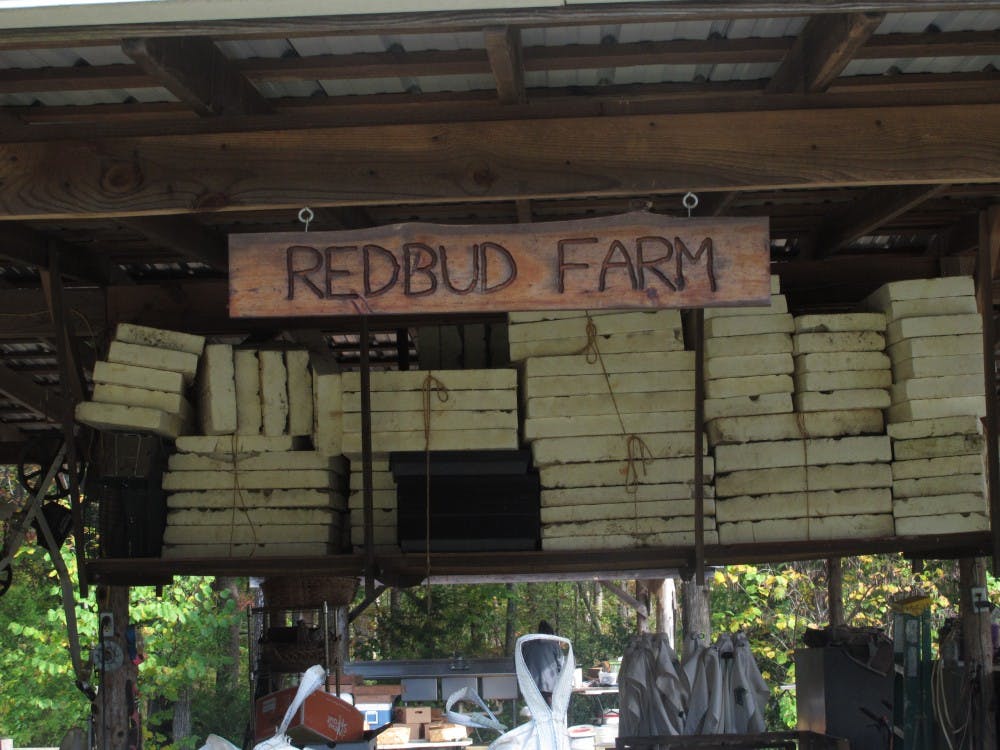 Nearly every day for the past several decades, 70-year-old Redbud Farm owner Clay Smith has woken up at sunrise eager to plant, tend and market his crops. Recently, however, he is realizing he faces more struggles today than ever before.

From his cancer, to inclement weather, to a low income, he is fighting to keep his certified organic farm in operation.

"I'm 70, so how much longer do I have?" Smith wonders. "Hopefully I'll have another 10 years I can do this. We'll see but nobody could do it forever."

Smith is among a declining population of small farmers.

"The average age of a farmer in North Carolina is up in the high 50s," he said. "When you have a high average age, you've got to have some young people coming into it."

As the average age climbs, the number of farms declines. Nearly 3,000 North Carolina farms shut down between 2007 and 2012, which amounted to a three percent decrease. But the number of small farms -- between one and nine acres of land -- declined by 17 percent.

Having been raised on his family's farm, Smith developed an appreciation for agriculture at a very young age. Today, he fears most people don't have that incentive to enter into the agricultural industry.

High startup costs are one of the major barriers to entry facing several small farmers. From land to equipment, Smith estimates even the most modest of farms requires at least $30,000 to get started. Since Smith inherited Redbud Farm, he was fortunate in that he did not have any startup costs.

"A lot of the struggles you have as a small farmer stem from lack of money," he said. "It's like starting a small business, so you've got to have some capital as you get started."

Smith operates the farm with his wife Nancy Joyner and the two work relentlessly to turn a profit. They go to two farmers markets a week and spend five or six days a week tending to their crops.

"There's something to do all the time and you just have to set some limits," Smith said. "I usually work 50 hours a week in terms of growing the crops and getting ready for market."

As for Joyner, she focuses on the consumer relations and promotional aspects that go into operating the farm.

"You can work as hard as you want to but you've got to have folks to buy your food," Joyner said. "You've got to pay attention to the relational aspects of getting to know the people."

Their hard work harvesting three acres of land earned them $62,000 in gross sales. They then had to pay off their operational expenses. After taking into account spending on seeds, fertilizers, pesticides, tractor fuel, irrigation lines, electricity to run a cooler, they only netted $32,000.

Still, Redbud Farm is one the wealthier farms in North Carolina by comparison. The 2012 Census of Agriculture noted 79 percent of North Carolina farms earned less than $50,000.

Several efforts are being made to promote small-scale farming in North Carolina. One of the more common forms of assistance is cost-share programs.

Smith recently took advantage of a cost-share so he could make improvements to the farm. Through the Natural Resources Conservation Service, he received a grant covering two-thirds the cost of high tunnels, which allow him to have a secure spot to grow tomatoes.

Smith was able to put up one-third of the cost of the high tunnels but recognizes some of the people most in need of assistance aren't as fortunate.

"There needs to be more programs that have grants or low-interest loans for young people who want to go into farming," he said. "A person who comes out of school is just beginning and doesn't really have a financial nest egg to go out and buy land or buy the minimal amount of equipment that they need."

Smith also suggested creating apprenticeship programs to allow older farmers to be paired with younger farmers. The apprentice would provide extra assistance to a farmer in exchange for a gradual purchase of the older farmer's land.

As more efforts should be made to recruit a younger generation of farmers, Smith argues more should also be done to educate the general public about the importance of supporting local agriculture.

Through Redbud Farm's Facebook page and farmers markets, Smith and Joyner are trying to educate potential customers on why they should buy more certified organic food.

"Being certified organic helps us in marketing and helps stand out," Joyner said. "It's also what we believe in and how we want to treat the land."

Smith and Joyner try their best to sustain a modest living. They work lengthy hours and fight night and day to attract customers.

But at the end of the day, the future of Redbud Farm and that of small farming remains in limbo.

The average age of farmers is increasing. The number of small farms is declining. Income inequality is rising. More and more people are moving away from rural areas. Government cost-share programs often require poor farmers to put up money they don't have.

And despite all these issues, Smith and Joyner share an optimistic message.

"We want to be an example for young people who think they might want to farm," Smith said.