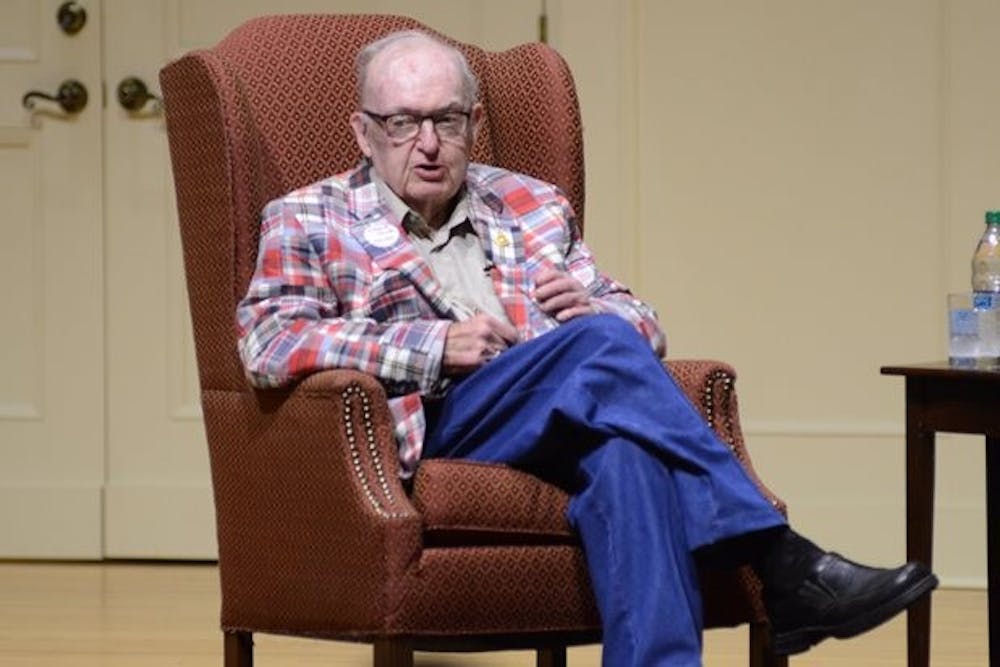 "J.Howard Coble passed away at 11:40 p.m., Nov. 3 after an extended hospitalization. The family wishes to thank Dr. Ali Hajazi and the staff of the Select Specialty Hospital in Greensboro for their excellent care. The community will be notified of funeral arrangements when complete."

Coble was born March 18, 1931 in Greensboro. He attended Appalachian State University for a year before joining the Coast Guard. After earning a history degree from Guilford College, he earned a law degree at the University of North Carolina at Greensboro. Coble served as a practicing attorney for the next 20 years.

During his 30 years in office, he served portions of Alamance County and left an impact within the Elon community. On Oct. 29, 2014, he spoke in the Whitley Auditorium about his history as a congressman.

Outside of politics, Coble enjoyed listening to bluegrass and country music and watching "The O'Reilly Factor" and "Key Largo."