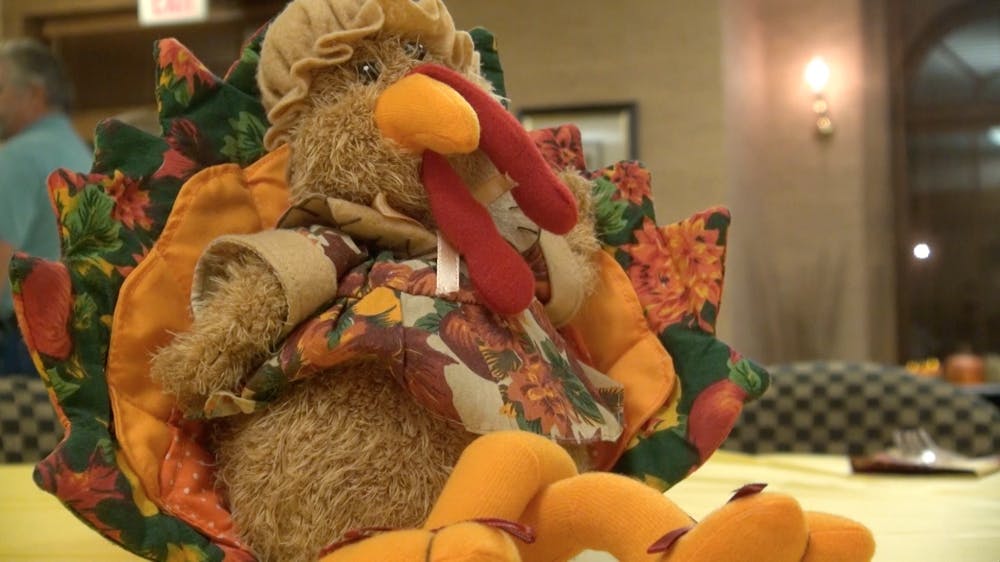 Thanksgiving is over a week away but for Elon internationals students, it came much earlier.

Last night at Johnston hall, tables and stomachs were full of turkey, gravy and pies. But for many international students, these were the first times they were trying the traditional American foods. The students were encouraged to try new things.

Eline Riollet, a senior Elon student from France, was excited for the food. Riollet said "pecan pie would take the cake," and that she is appreciative for last nights food.

"Pecan pie does not exist in France," she said. "I had my first pecan pie a year ago and my life has not been the same ever since."

This celebration of gratitude was all thanks to some "Local Friends" in the Burlington community.

Marj Bennett, the founder of Local Friends, said it's about more than just being a nice neighbor.

"The parents of these kids, these young people, they have sent here, trusting us, to be as close as we can to parents for them," she said.

Bennett believes this kind of community is so important because her kids went through the same experience.

Bennett was a missionary for more than 33 years and lived in 34 international cities before she and her husband retired. Her kids were always with her in the missionary field until they left for college.

"When they went to college, it was a little different. They had one trip back to the field during their four years of college. That was a hard time."

And when her kids had breaks at college when they weren't able to go home for, local friends and neighbors took them in.

"They were lonesome. It was hard for them too."

Now Bennett spends her retirement helping other international students just like neighbors did for her children.

Bennett is well known by internationals students and constantly stops mid-sentence to say thank you and give a student a hug.

"If you knew how much pleasure it gave us you wouldn't even feel the need to say thank you. We love doing i"