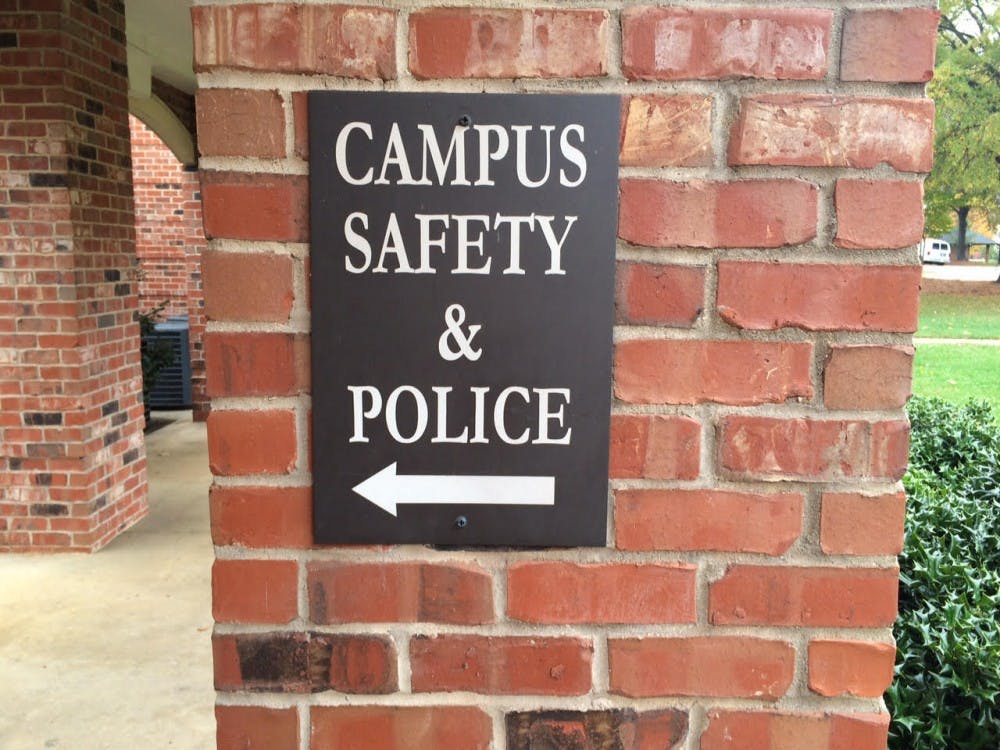 "The big thing is just to be aware of your surroundings," said Dennis Franks, director of Campus Safety and Police. "That's both for drivers and pedestrians. A lot of times, people have both headphones in their ears and they're focused on whatever they're doing on their phone and maybe don't pay attention to traffic."

Franks noted in a Thursday email to the Elon community that the campaign will focus on aggressive and unsafe driving around campus. Police officers will be on the lookout for driving and pedestrian violations at various locations.

Several incidents have occurred over the past several years on campus, which ultimately played a role in the decision to start the week-long initiative, according to Franks.

One of the more serious safety incidents involved Gabriela Rosales, a freshman. A car struck Rosales March 16 around 7:50 p.m. on the Williamson Ave. crosswalk in front of The Oaks Residential Neighborhood.

The Rosales incident led some students to criticize the lack of sufficient lighting in problematic areas of campus.

"I'm usually pretty nervous whenever I drive right past Pandora's because people are just walking and not really looking," Ternent said. "I think that's not safe, but other than that, it's pretty safe."

Several students said some of the more dangerous crosswalks are located between the Alamance Building and Alumni Gym, between the School of Communications and Pandora's Pies and in front of The Oaks Residential Neighborhood.

Although Franks understands the difficulties in changing driver and pedestrian behavior, he believes it is important to address the issues confronting Campus Safety and Police.

"It's easy to get into a mindset where we're not paying attention," Franks said. "That's really what it comes down to. It's easy for drivers and pedestrians to get distracted but we all need to be reminded"